The event combined videos on the past, present and future of the APB with speeches by the leading authorities
Palma, 16/12/2022
150th anniversaryHistoryPort-city

The Port Authority of the Balearic Islands (APB) has brought to a close a year of commemoration of the 150th anniversary of the body that gave rise to the APB, the Port of Palma Board of Works, with an institutional event attended by representatives of civil society, the port community and political authorities. Among them were the president of the Government, Francina Armengol; the president of Puertos del Estado, Álvaro Rodríguez Dapena, the delegate of the Government, Aina Calvo and the president of the Parliament of the Balearic Islands, Vicenç Thomàs, and others. Also present were the members of the APB's Board of Directors and former presidents, directors and secretaries of the institution.

The event combined videos on the past, present and future of the APB with speeches by the leading authorities. Jaume Colom, president of the APB, took the opportunity to highlight the role of the people who have made possible "a modern development of our ports, which has had a direct impact on the economic growth of our islands over the last century". People, most of them "anonymous, proud and jealous of their daily work", he added. "Men and women whose daily activities, whether more extensive or more specific, make the complex operations of the ports so essential and vital in the islands for the supply and transport of citizens".

The most moving moment of the event was the tribute to former presidents, directors and secretaries of the APB, represented by Rafael Soler and Pere Bonet. The former is the longest living director, while Bonet is the last lighthouse keeper of the Portopí lighthouse in the port of Palma. On behalf of all those present, they were presented with the first two issues of the lithographs produced by the artist Marta Ruiz Anguera for the occasion, which will be given to the workers of the Port Authority of the Balearic Islands.

After the speeches by Rodríguez Dapena and Francina Armengol, the commemorative plaque that will be displayed at the entrance to the recently inaugurated institutional headquarters was unveiled. The person in charge of doing the honours was María del Carmen Vico, the institution's youngest employee, as a symbol of the succession of generations and the public commitment to society that the APB has assumed since its foundation. The wording on the plaque is dedicated to the men and women who have made the port their public service mission, preserving the legacy of their predecessors and passing it on to future generations.

The theme 'De tot cor', on loan from the Mallorcan artist Tomeu Penya, has been the motto of the 150th anniversary of the public body. The event ended with a brief performance by Tomeu Penya playing the guitar, as a final token of gratitude and a vision of the future.

A wide range of different activities have marked a year of celebration and projection towards the future. From publications, exhibitions to congresses and cultural shows, the five ports have hosted the scheduled events.

The aim of these anniversaries is to remember as well as to strengthen the spirit of service of the port authority towards the port community and society in general. A mission with different names and competencies over time, which seeks to respond more effectively to the daily challenges that arise in the port area, adapting and modernising the port facilities and services in order to improve the fluidity and comfort of goods and passenger traffic. 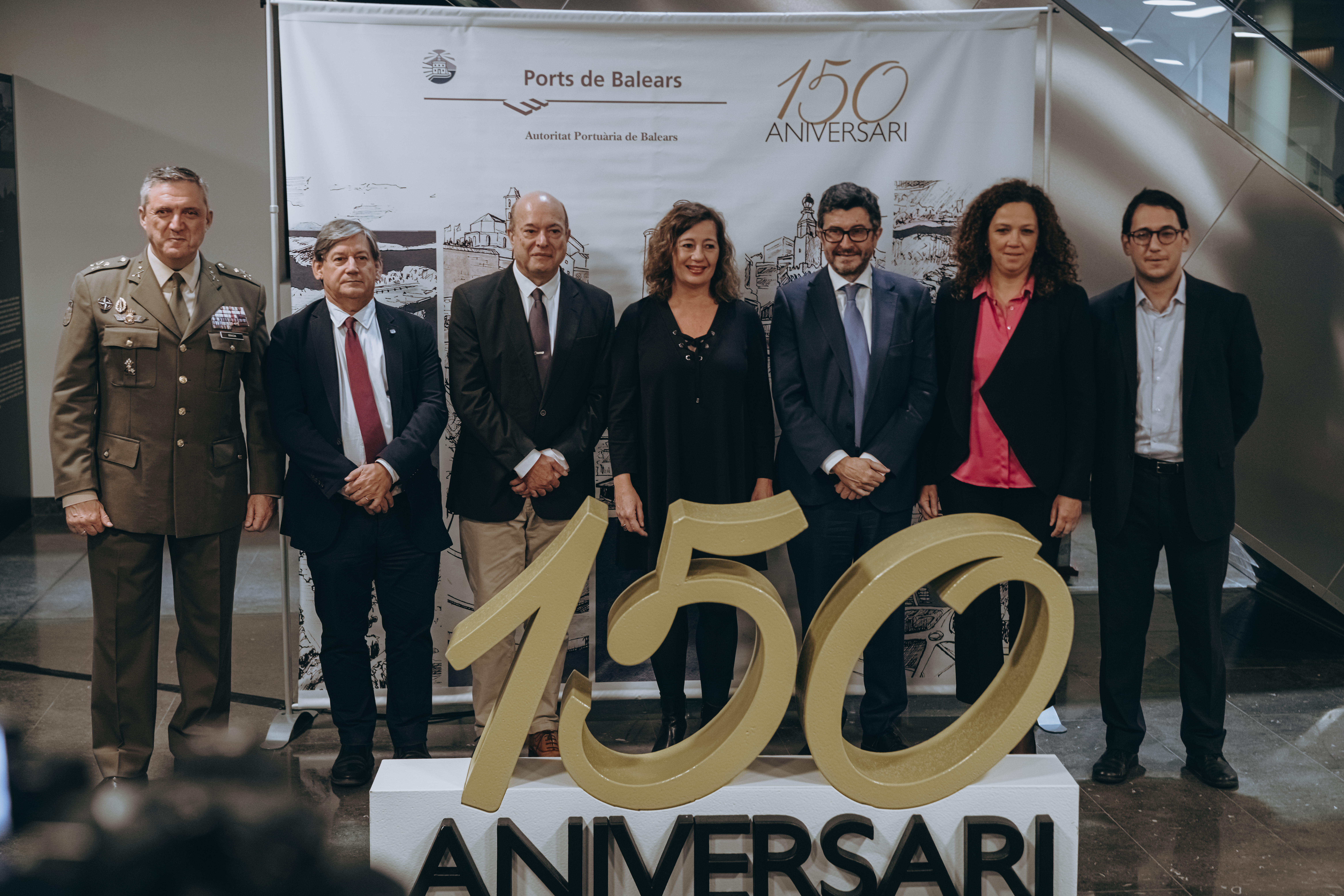