Antoni Ginard, director of Infrastructures, represented the APB at the book’s presentation in Sóller.
Sóller, 14/07/2021

Yesterday, the Professional Association of Civil Engineers (ICCP) presented a volume dedicated to engineer Pere Garau, the man behind the Sóller Railway project and several other outstanding initiatives.

The event was attended by the president and the chairman of the Balearic Islands branch of the Professional Association of Civil Engineers, Miguel Ángel Carrillo and Juan Antonio Esteban; the Director-General for Mobility and Land Transport for the Balearic Islands' government, Jaume Mateu; the deputy mayor of Sóller, Carles Darder; the Cs representative in Parliament, Marc Pérez-Ribas and the head of Infrastructures for the Balearic Islands Port Authority (APB), Antoni Ginard.

Pere Garau is one of the great engineers of the early twentieth century. In addition to the project and construction of the Palma-Sóller railway, he was also responsible for a re-modelling project for Palma’s port.

Between 1912 and 1919, he was the head engineer for the Board of the Port of Palma, drawing up, in 1913, a "General project for the expansion, defence, improvement of services and cleaning of Palma Port", which, for the first time, included a counter dock on a right angle to close the port at the seawall, leaving a mouth that gave access to completely calm moorings. Also for the first time, the plans included a road that reclaimed land from the sea from the mouth of the la Riera stream to the place known as “S’Aigua dolça”, a distant precursor of the future promenade.  Although the project was never approved, it laid the foundations for the future construction of the promenade, which took more than 40 years to complete.

The book, entitled Descubriendo a D.Pedro Garau y Cañellas, Ingeniero de Caminos, Canales y Puertos, has been made possible thanks to contributions from the Balearic Island Port Authority and Garau Ingenieros.

Its 146 pages are structured around an introduction; articles by the Chairman, Mr Juan Antonio Esteban; the former Chairman, Mr Miquel Àngel Llauger; the members of the Governing Board of the Balearic Islands Branch of the ICCP, Mr Antonio Ginard, Ms Sara Lobato, and Mr Luis Matarín; an interview with Mr Miguel Payeras, a researcher on the life of Mr Pedro Garau, and the publication of two interviews with Mr Carlos Garau and Mr Pedro Portau Salas, the great-grandson and great-great-grandson of Mr Pedro Garau. Lastly, it features a digitised and transcribed version of the Sóller Railway Project.

The book can be downloaded in Spanish and Catalan from the following links: 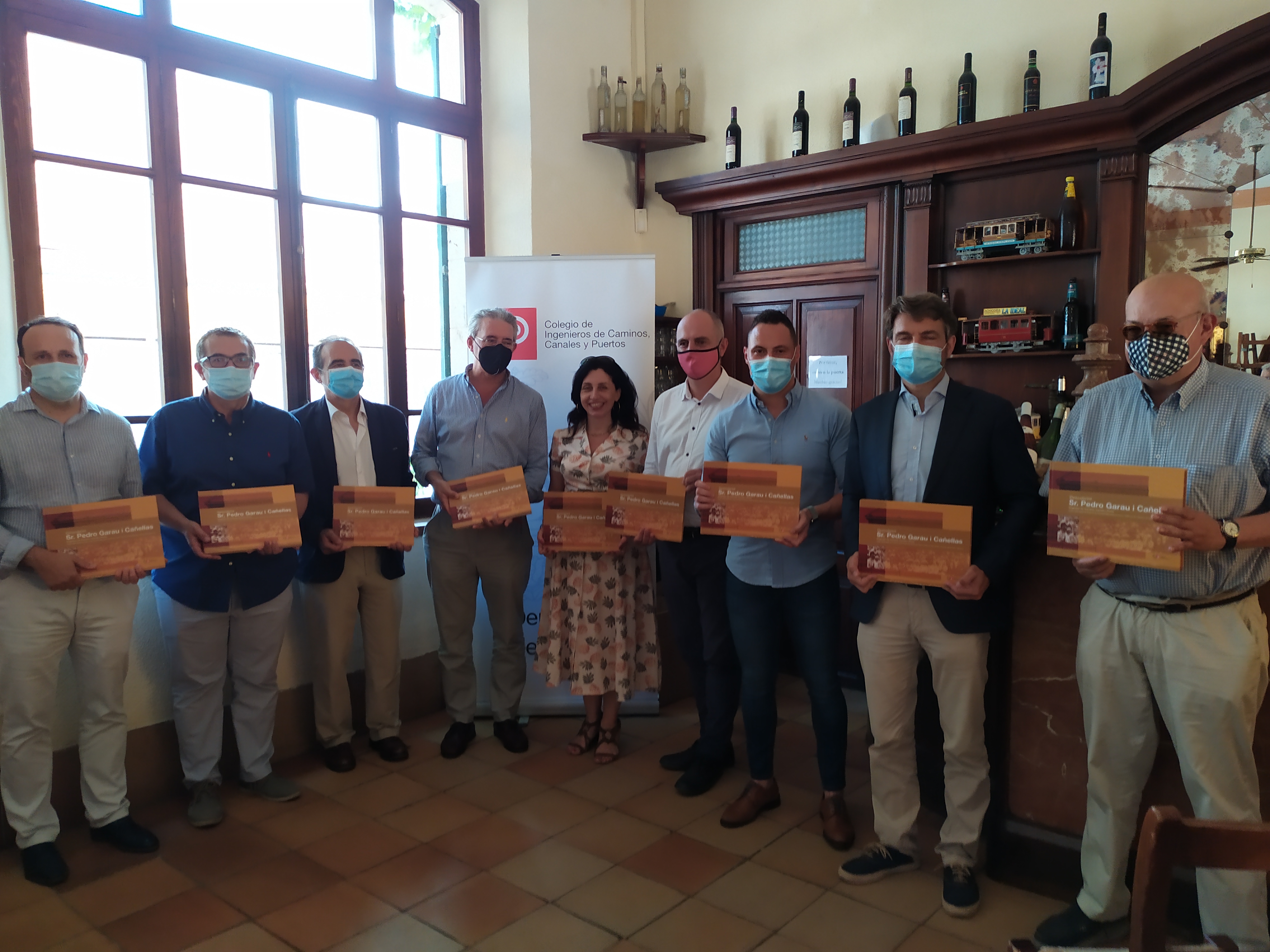