The Port Authority of the Balearic Islands (APB) has completed the installation of 25 air quality measuring stations in the five public ports it manages. These sensors measure the emission of gases and particulate matter into the atmosphere and noise generation in the ports of Palma, Alcudia, Mahon, Ibiza and La Savina in order to examine the environmental impact of their operations on the air.

Called SmartSensPORT, this network is the outcome of an agreement between the APB and the University of the Balearic Islands (UIB) under which the University-Enterprise Foundation has conducted the technical study for the installation of these measuring devices in the ports. The idea is to analyse the data obtained and provide an assessment of the correlation between port operations and environmental pollution in the area by temporarily monitoring noise levels and the concentration of particulate matter and gases.

The information obtained from these sensors is sent to a control panel posted on www.portsdebalears.com which is updated every hour and displays the average values of the parameters in each of the ports collected by the 25 stations in these public ports. The air quality rating has been established based on the same criteria as those set by the Balearic Islands Regional Government for its reference stations across the region and is displayed to the user with a score of excellent, good, fair or poor.

The ESPO (European Sea Ports Organisation) 2018 environmental report shows that air quality continues to be the main priority for European ports. The Port Authority of the Balearic Islands is aware of this and has been working hard since 2016 to establish the level of air quality in its ports and find out how port operations may affect it in line with the APB’s Environmental Policy.

While it is Balearic Islands Regional Government that is responsible for assessing air quality and checking it remains below the threshold values laid down in Spanish Royal Decree 102/2011 (for which it has conventional precision stations), the APB’s aim in this project as described by Jorge Martín, its Head of Quality, Environment, Innovation and CSR, “is to analyse the data obtained by the sensors and provide an assessment of the qualitative correlation between port operations and environmental pollution based on objective data and scientific rigour”.

The measuring stations have been put in place following the technical report drawn up in September 2016 by the UIB’s Smart Destination Working Group, although some changes have been made with respect to its proposal either due to physical changes in the scenarios in recent years or in order to speed up procedures in the process of installing the stations.

In Palma, the new sensors have been placed on the West Breakwater esplanade, on top of the Portopí lighthouse, on the roof of Passenger Terminal no. 3 on Paraires Quay, in Can Barbarà, on the seafront promenade, in the Palma Royal Yacht Club building, on the roof of the APB’s headquarters and on the Commercial Quays. In the Port of Ibiza, the stations have been installed on the roof of Ibiza Town Hall in Dalt Vila, on the roof of a building in Santa Eulària Avenue, on the APB building’s roof, opposite the Botafoc Ibiza marina facilities, on the Botafoc Quays and on the Botafoc Breakwater. In the Port of Mahon, the four stations have been placed in d’es Muret Passage, on the Virgen del Toro Health Centre’s upper terrace, in the Naval Base and in sa Colàrsega. In the Port of Alcudia the sites chosen are the passenger terminal’s roof, on the beach opposite Alcudiamar, in Alcudia Town Council’s tourist information centre and in the Port of Alcudia’s Municipal Sports Centre (*). Finally, the Port of La Savina’s three stations are in front of the Fishermen’s Guild building, in Illes Pitiüses Square and on the breakwater of the port’s fishing dock.

The measuring stations are sited between five metres (Can Barbarà in Palma and on the La Savina breakwater) and 45 metres (Dalt Vila in Ibiza) above sea level, although most of them are between fifteen and thirty metres high. Their location has been chosen by estimating the dispersion models of gas emissions from ships, the topographic profile of the port area, the density of the resident population according to municipal registers and the presence of other meteorological stations for measuring pollution which already exist and are not part of the APB.

Population distribution in the areas of influence of port operations is the reason why some of the stations have been placed outside the ports’ service areas. As Jorge Martín explains, pollutant levels would have a higher impact if the population potentially affected is greater “since the main aim is to find out to what extent port operations impact the people closest to them”.

The terrain and height of the buildings near the ports have also been taken into consideration as they may block pollutants or bounce back noise pollution. Another key factor is the prevailing atmospheric conditions in each of the ports as they are crucial in pollutant dispersion.

The 25 measuring stations have a total of 250 sensors that report data every 10 minutes and measure the level of pollution and particulates in the atmosphere, noise levels and atmospheric variables such as temperature, humidity, atmospheric pressure and wind strength and direction.

Each of these stations is fitted with sensors which can measure CO, NO2, O3, PM10 (**) and SO2 in line with current regulations, the measurement strategies implemented by Balearic Islands institutions and the type of pollutants to be found on ships.

Each station is connected by GPRS or 4G communications networks to the UIB’s Geographic Information System (GIS) and Remote Sensing database centre. There the data generated by the SmartSensPORT network are compiled so as to track the monitored values and obtain results by applying prediction models for the dispersion and impact of the pollutants on the adjacent areas of the ports.

The stations have alarms for each parameter which will be triggered when the regulatory thresholds or ceilings for excessive environmental pollution or noise are exceeded. The purpose of all of this is to produce traffic light reports and indicators which make it possible to decide on the actions and measures to be taken at any given time whether gradually or immediately.

The implementation of the air quality and noise pollution monitoring system in the APB’s ports was awarded to the consortium formed by Kunak-Labaqua for nearly €445,000 and a two-year contract term.

(**)PM10 particulate matter can be defined as solid or liquid particles of dust, ash, soot, metal particles, cement or pollen dispersed in the atmosphere with a diameter that varies between 2.5 and 10 microns (1 micron equates to one thousandth of a millimetre). 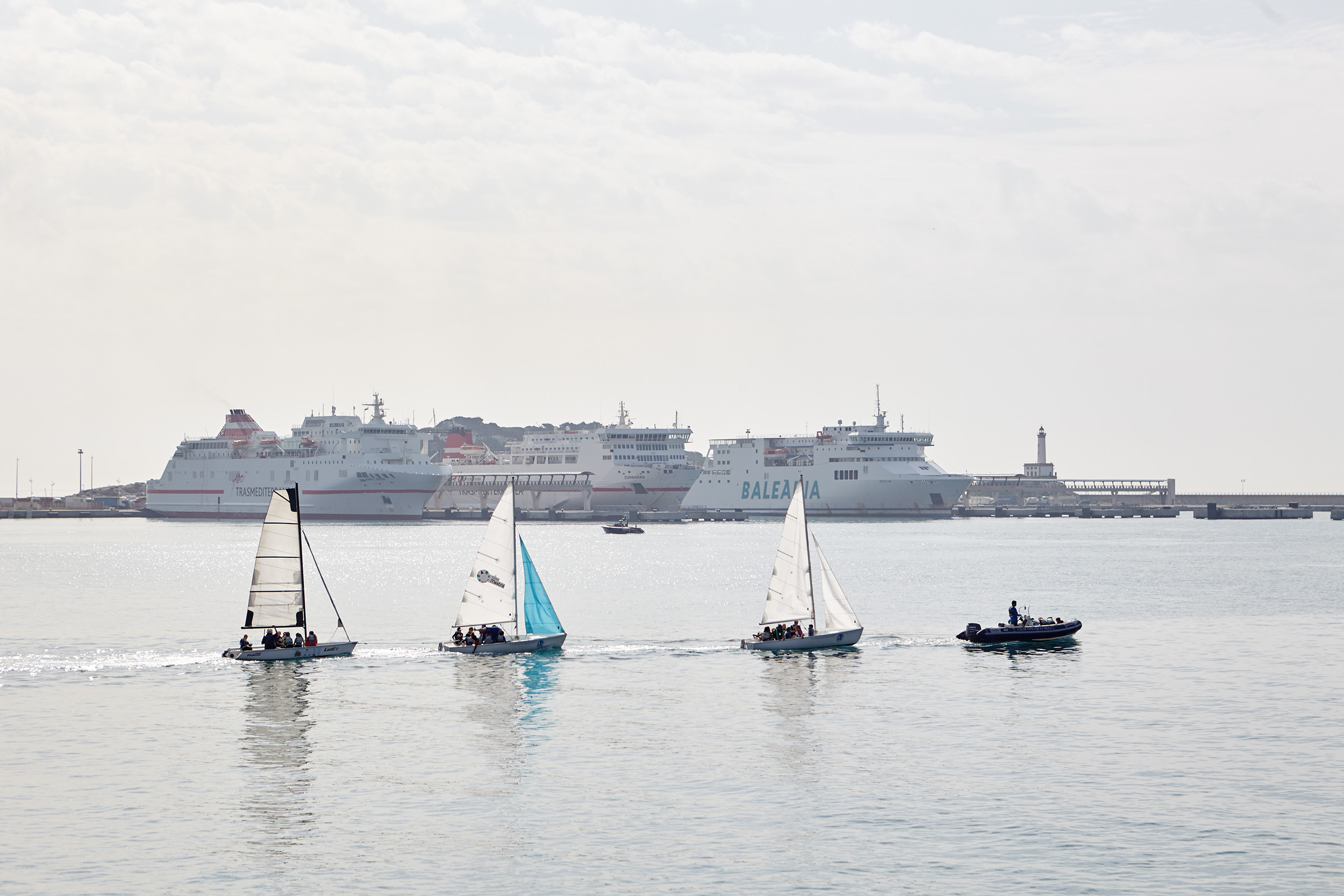 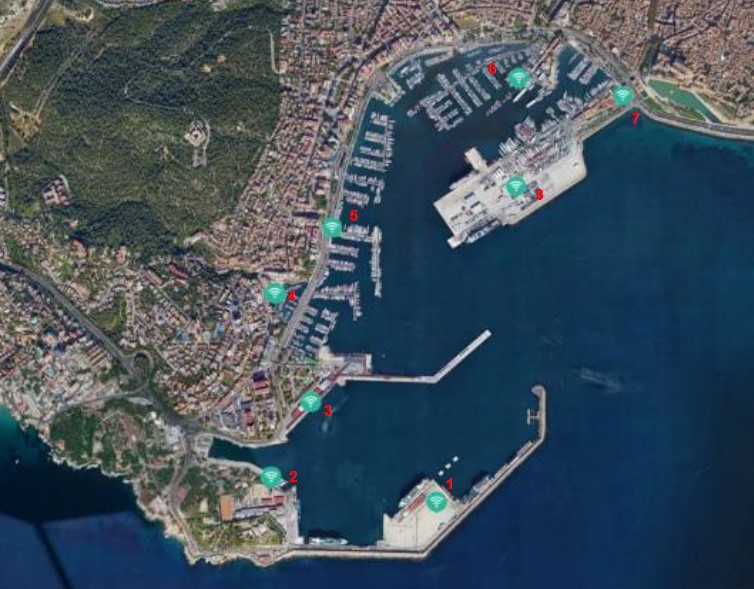 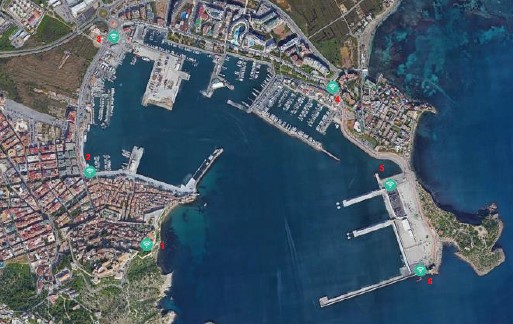 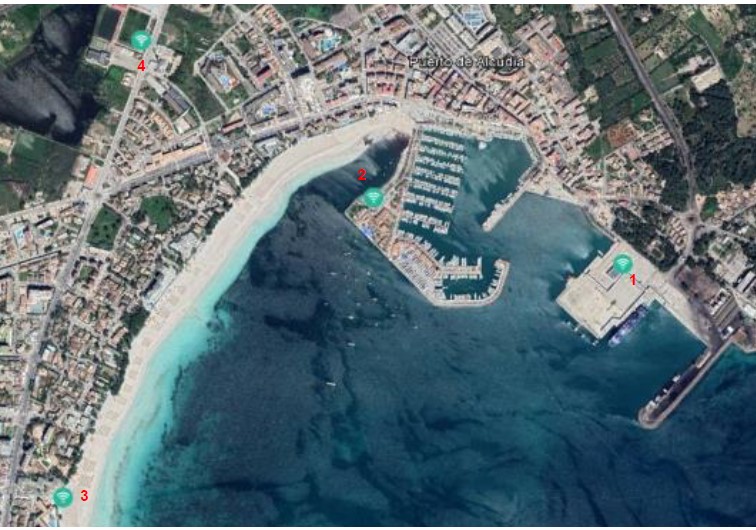 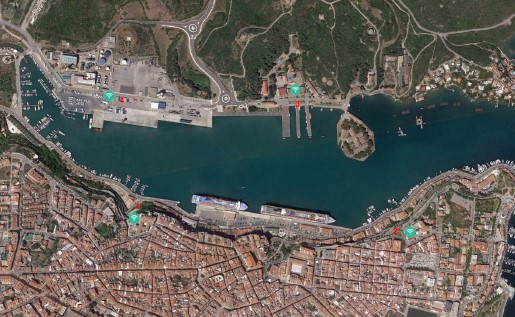 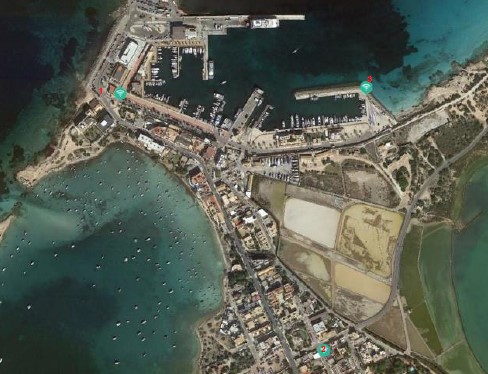