This fast, innovative system which has zero environmental impact has been in service for three weeks.
Eivissa, 10/11/2020

This morning a demonstration of the innovative system for cleaning the water surface and combating marine pollution in the ports of Ibiza and La Savina, which has been in service for three weeks, was given to the media.

The system, which is unique in the world and on the Spanish coast due to the solutions it provides and the innovations it features, consists of an innovative solar-powered catamaran, a semi-rigid hybrid boat, and a modern electric drone to reach the most inaccessible areas.

The three devices will be entrusted with removing solid waste and other floating and semi-submerged items from the waters around Ibiza and La Savina every day of the year with a maximum response time of 30 minutes when dealing with pollution situations, such as hydrocarbons or grey water, and providing assistance in other emergencies.

The CatClean85 catamaran, created to clean the water surface and built with low environmental impact processes, is 100% electric, pluggable and solar-powered, without any type of petrol or diesel generator or alternator.

The catamaran is 8.5 metres long and can sail in both directions. It has a battery life of two days (18 hours) when sailing at a speed of between 2.5 and 3 knots. However, it has unlimited autonomy sailing at an average speed of 1.5 knots, using the energy generated by its solar panels.

The plastic and floating material collection system consists of a large shovel capable of lifting nearly a tonne of waste and collecting objects ranging from 10 millimetres to the size of a commercial metal drum.

Its reduced draught (0.5m) enables it to work in shallow areas and even list without sand entering. It can also work in dirty water and with products or liquids that are potentially harmful to conventional engines. A skimmer-type endless suction device can be fitted for tasks requiring the collection of oil by-products and other substances.

The water drone, which is also similar to a catamaran, is almost two metres long and 1.5 metres wide. It can collect up to 250 litres of marine waste and has an autonomy of 8 hours. Designed to be versatile and to reach the most difficult areas between the pontoons and the boats, the drone has, among other features, an LCD screen display, and 4G and 2.4G remote control. It can travel up to two kilometres from the control and operating area. Its deck is panelled with shock- and weather-resistant solar panels, and it has cameras and artificial intelligence systems for autonomous or semi-autonomous tracking and navigation.

The 7.6m semi-rigid cleaning boat is suitable for high-risk areas thanks to its flexible and highly resistant sides. Its distinguishing feature is its hybrid design, with an electric motor for cleaning the water surface inside the ports, powered by two 48V batteries, which give it 18 hours of autonomy. Its bow is equipped with two large cleaning baskets, and all its instruments are powered by a solar panel located above the wheelhouse.

The ports of Ibiza and La Savina receive more than 44,000 port calls a year and nearly five million passengers annually between the two ports (2019 data), with annual passenger traffic equivalent to that of the Port of Algeciras including the summer season operations to cross the Straits of Gibraltar. 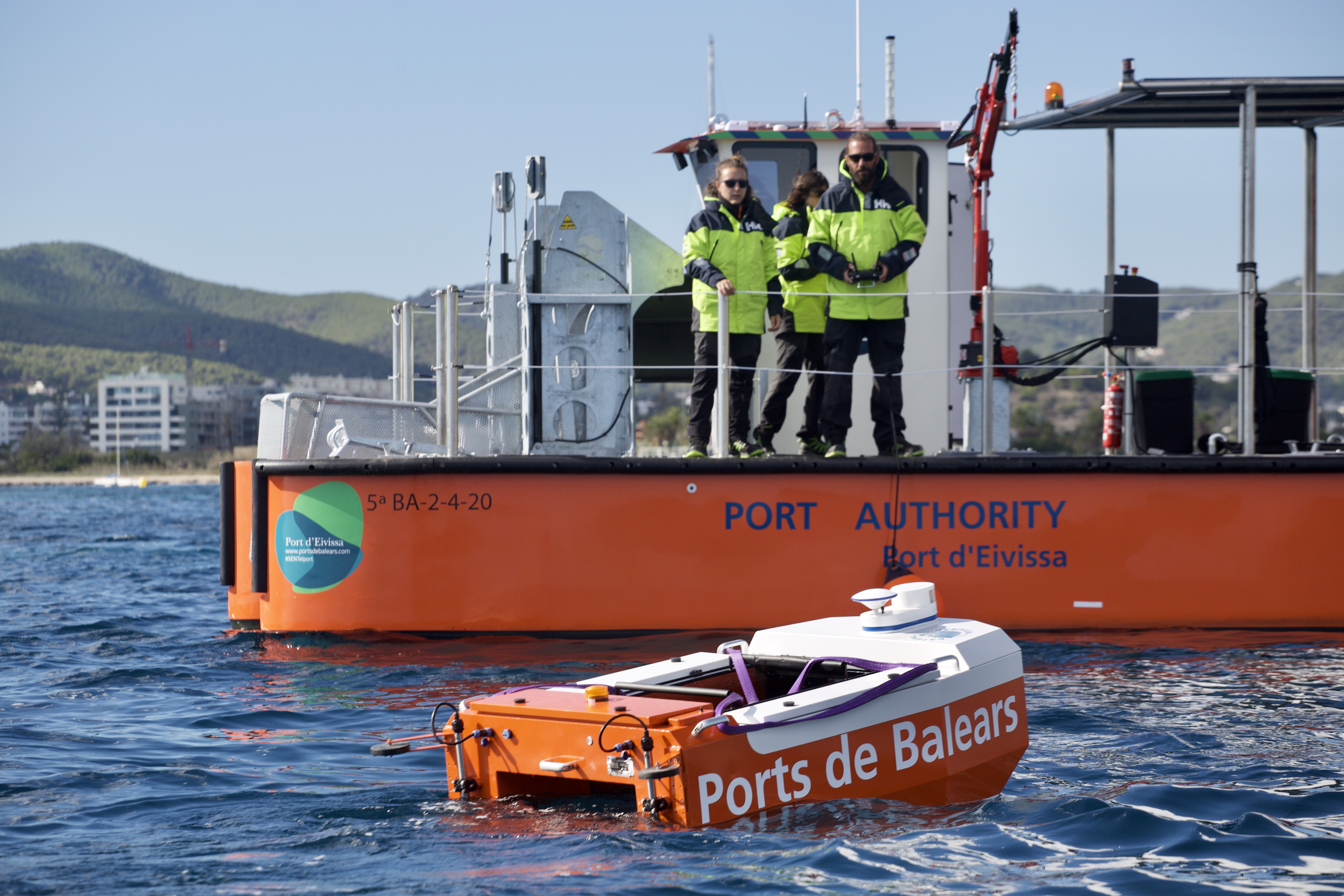 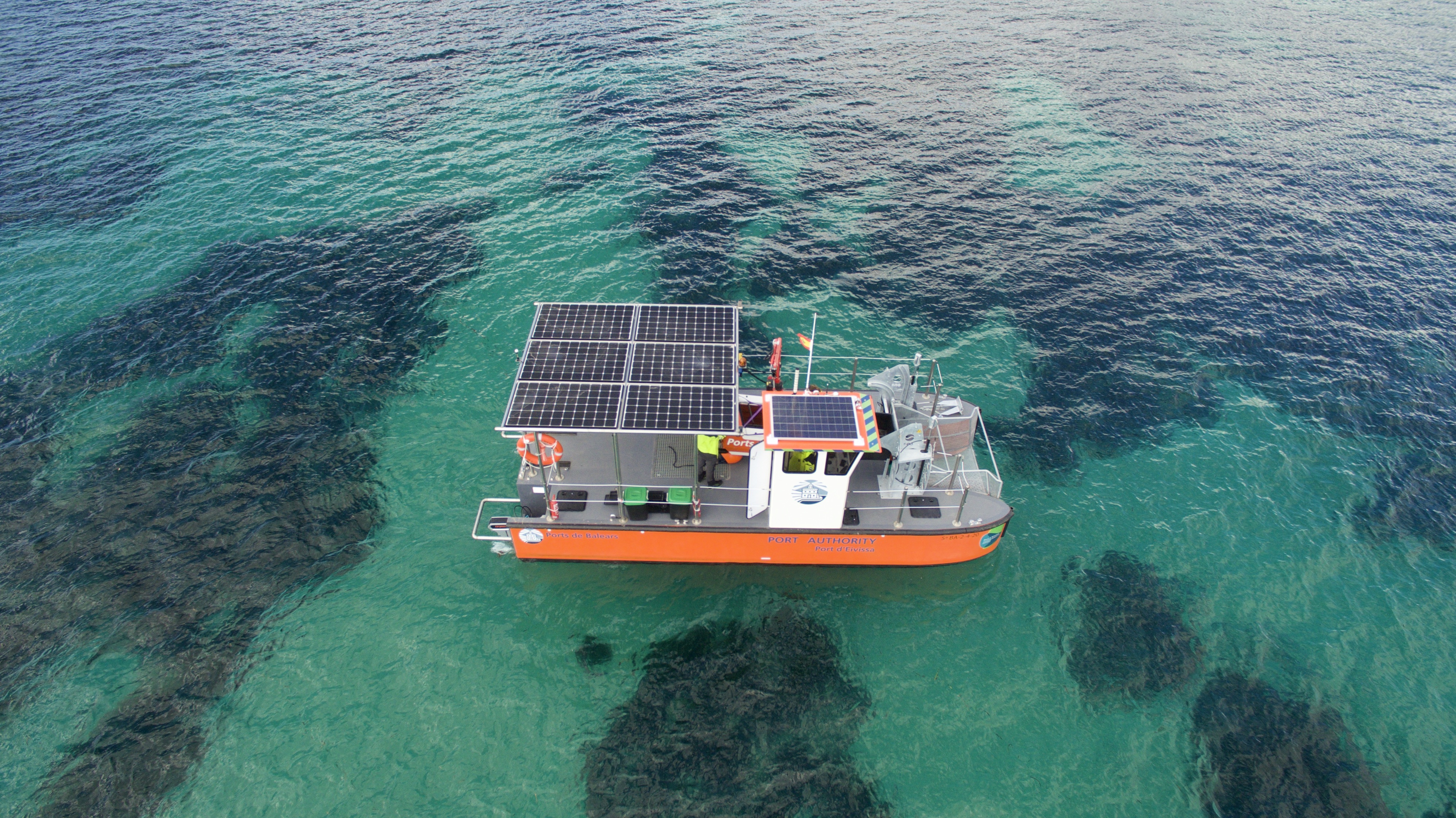 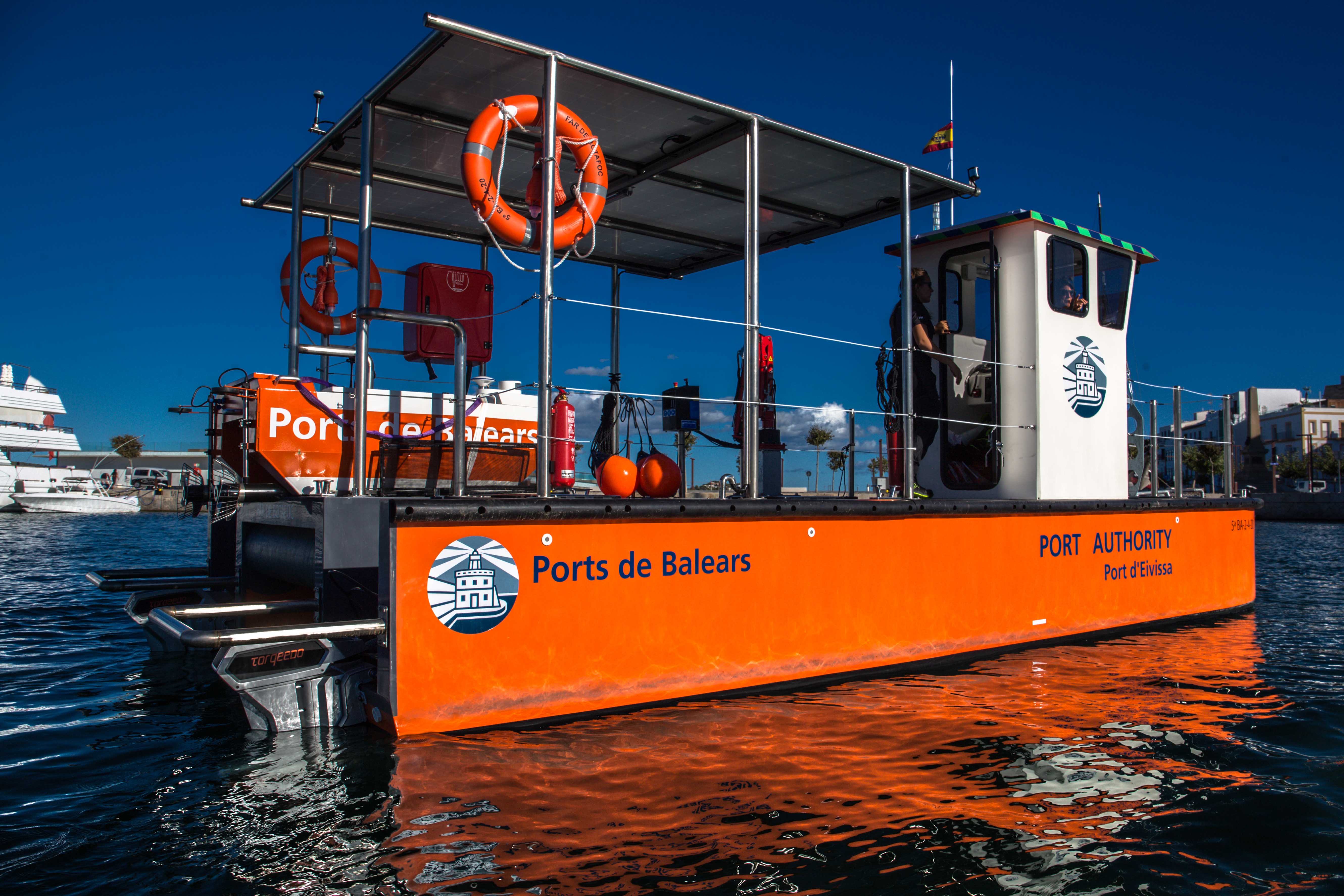 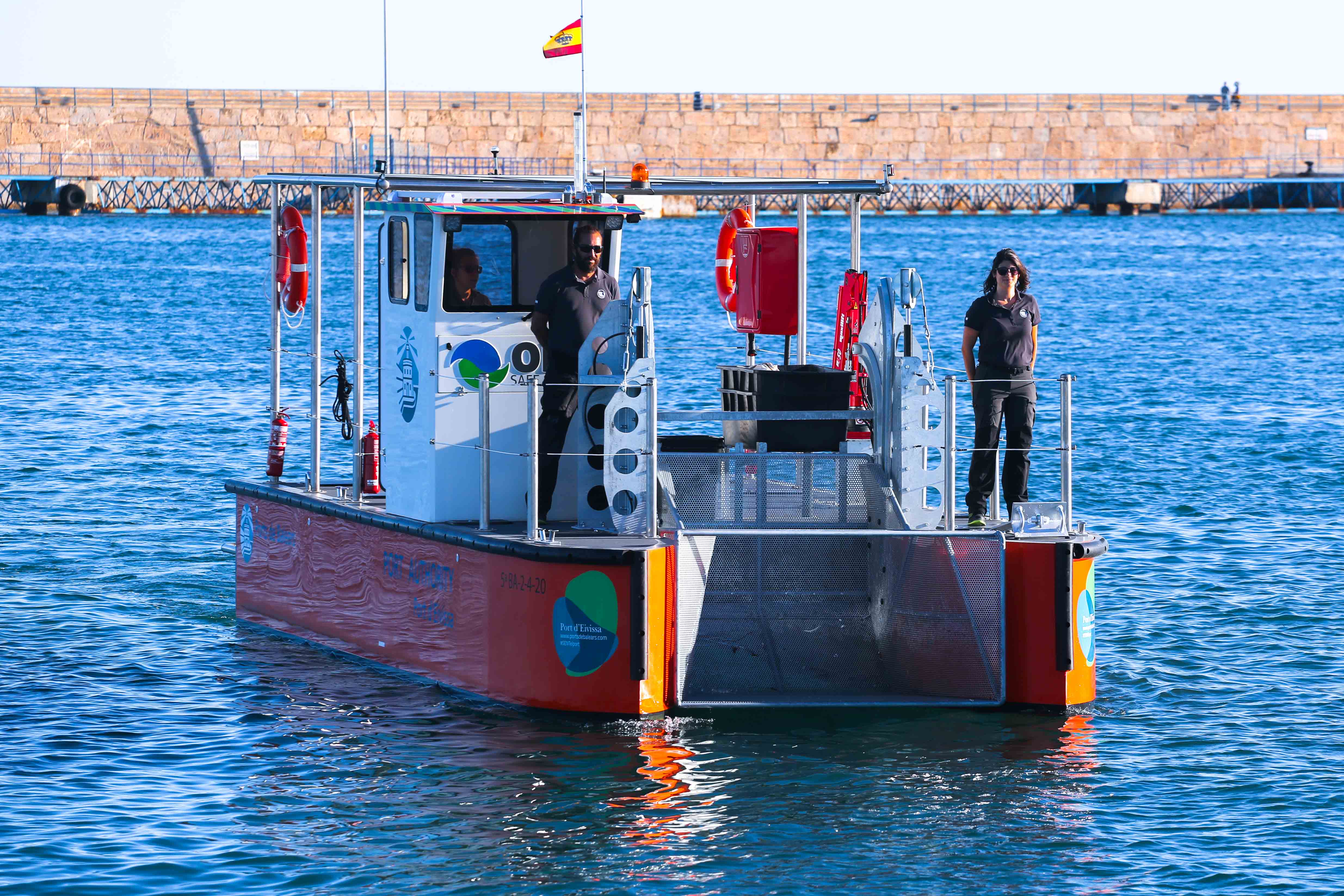 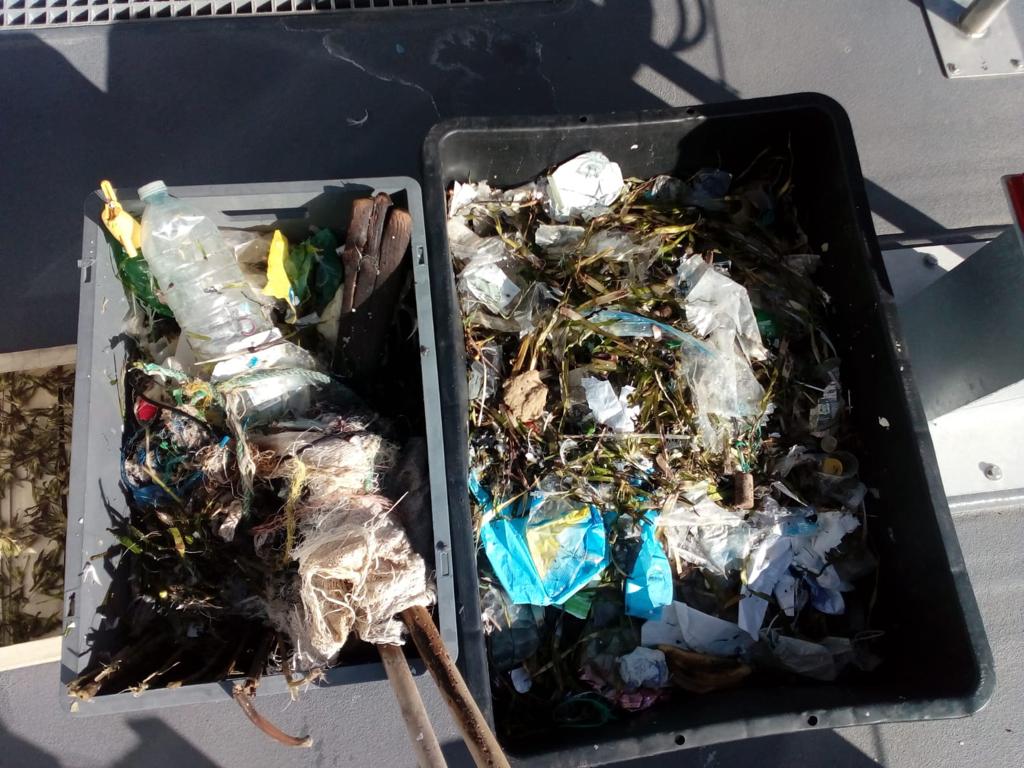