The works are expected to cost around 38 million euros, while the company to be awarded the contract is still unknown
Palma, 27/07/2022
Transport and infrastructurePort-citySocio-economic development

The Port Authority of the Balearic Islands (APB) announced today that it plans to begin work on the remodelling of Palma’s promenade in October, but not before Sunday the 9th, the date on which the Zafiro Palma Marathon Mallorca will be held, to avoid any possible disruption to the organisation of the event. The total budget for the project will be around 38 million euros, excluding VAT, with the works scheduled to last 20 months.

The director of the APB, Jorge Nasarre, has also remarked that the start of the works is also conditional on the signing of the contract with the company awarded the contract. The APB currently has 1 candidate out of the 11 bidders in the tender, but the process is still awaiting a decision on two financial bids that are considered unreasonably low.

Earlier this morning, the APB released details of the project drawn up by the Martínez Lapeña-Torres Arquitectes architectural studio, together with a team from Grupo TYPSA, as well as a two-minute virtual reality video showing what the final result of the project will look like.

According to the mayor of Palma, José Hila, who also took part in the presentation held at the institutional headquarters of the APB in the port of Palma, “the remodelling is very ambitious: we will transform the seafront of Palma, breaking down the existing barrier and bringing Palma closer to the sea”. “This is a prime example of the ongoing transformation of Palma, a more sustainable and green city where the citizens, who are going to reclaim the sea, are the main protagonists. It will also revitalise commercial activity in the area and generate employment, both of which are also key issues. This is an opportunity for our city that will start to become a reality this year”, Mr Hila added.

In the opinion of Jorge Nasarre, “this new stage of Palma’s promenade is in line with the port’s tradition of improving the city’s connectivity, this time with people rather than road traffic in mind”.

A promenade for pedestrians

Ibizan architect Elías Torres, who was in charge of publicly unveiling the project, gave a detailed explanation of the remodelling project, which he described as “a promenade for pedestrians”. Pedestrian space will increase from 29.5% to 39.7%, whilst the pavements in the area furthest from the sea, which are now between 2.5 and 5 metres wide, will be increased from 5 to 10 metres. In this way, the compatibility of uses – such as terraces, green areas, parking, bus stops, containers, etc. – will be guaranteed, without disturbing pedestrians.

On the seaward side of the promenade, spaces will be designated for pedestrians to take strolls and sit down. Another improvement is an increase in cross connectivity with a doubling of pedestrian crossings (from 13 to 26), from one crossing every 250-370 metres to every 100 metres.

The management of public transport is also undergoing some change: bus lines and stops are being maintained, with improved space and waiting conditions and new bus shelters. The cycle lane will double its share of the promenade (from 2% to 5%), with 5 new parking spots and a length of 3.5 km.

The proposal presented by Torres increases the number of trees threefold and doubles the number of palm trees and flowerbeds (from 9.7% to 20%). This will include 1,820 new trees, 512 palm trees, 69 transplanted specimens and 20 new species.

On top of all this, accessible facilities, children’s play areas, containers and other services and infrastructures will be introduced. Monuments, sculptures and sundials along the promenade have also been marked, preserved or relocated.

One of the most outstanding works is the restructuring of the road junction in the area of Paraires, which will make room for the urban and landscape integration of the new Club de Mar, on which work is still underway.

Meanwhile, in the area of Sa Riera, pedestrian circulation will be prioritised at the junction with Avenida Argentina, with much wider pavements and a new system of accessible ramps. Thus, in addition to addressing one of the main problems of the promenade, it will also improve access to the neighbouring Plaça de Sant Elm.

Access will also be improved to Plaça de Santo Domingo de la Calzada. The pedestrian area will be unified in this space thanks to the elimination of the service lane and the installation of a children’s play area. The connection with the neighbourhood of Es Jonquet will also be improved. 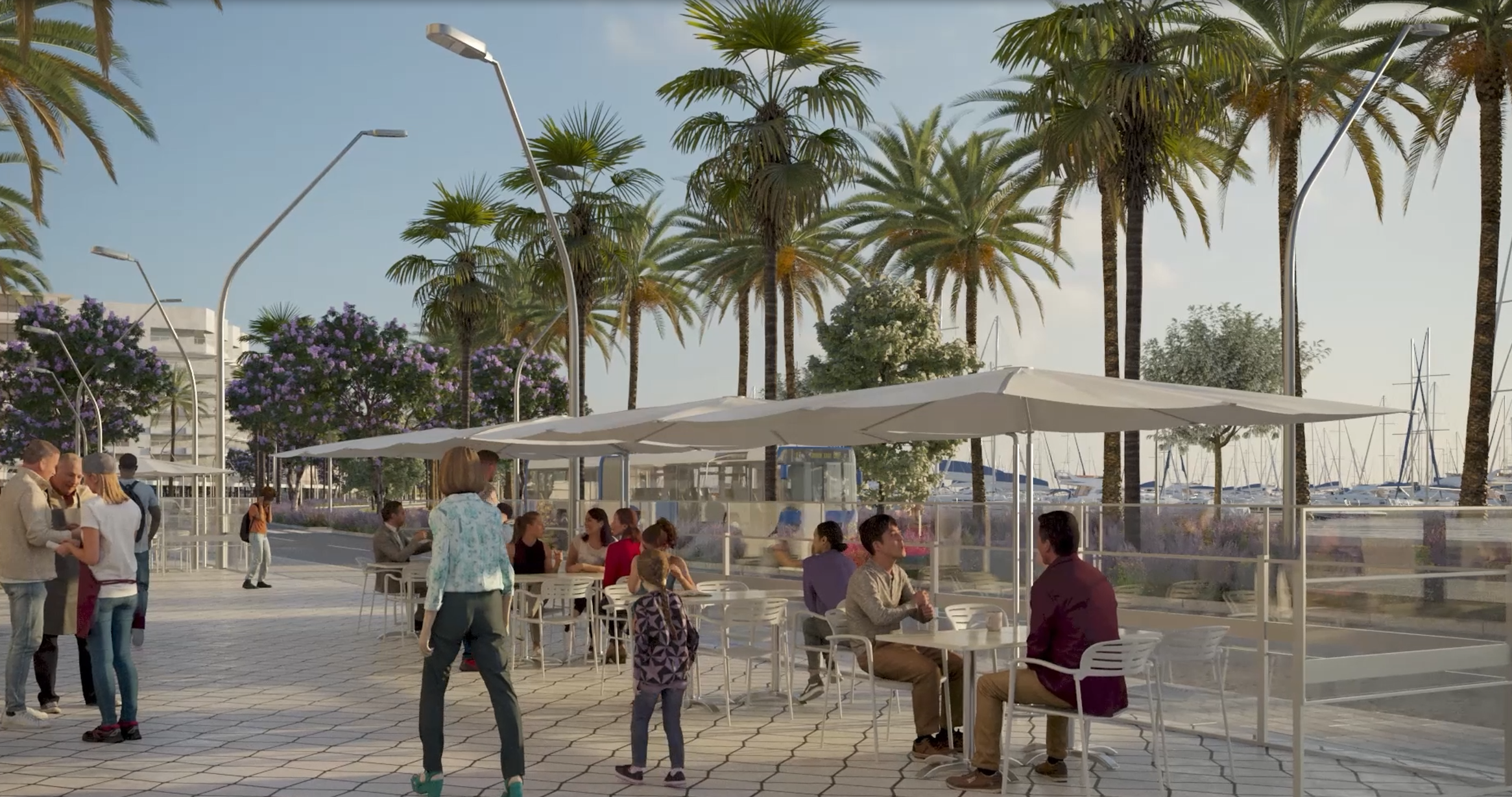 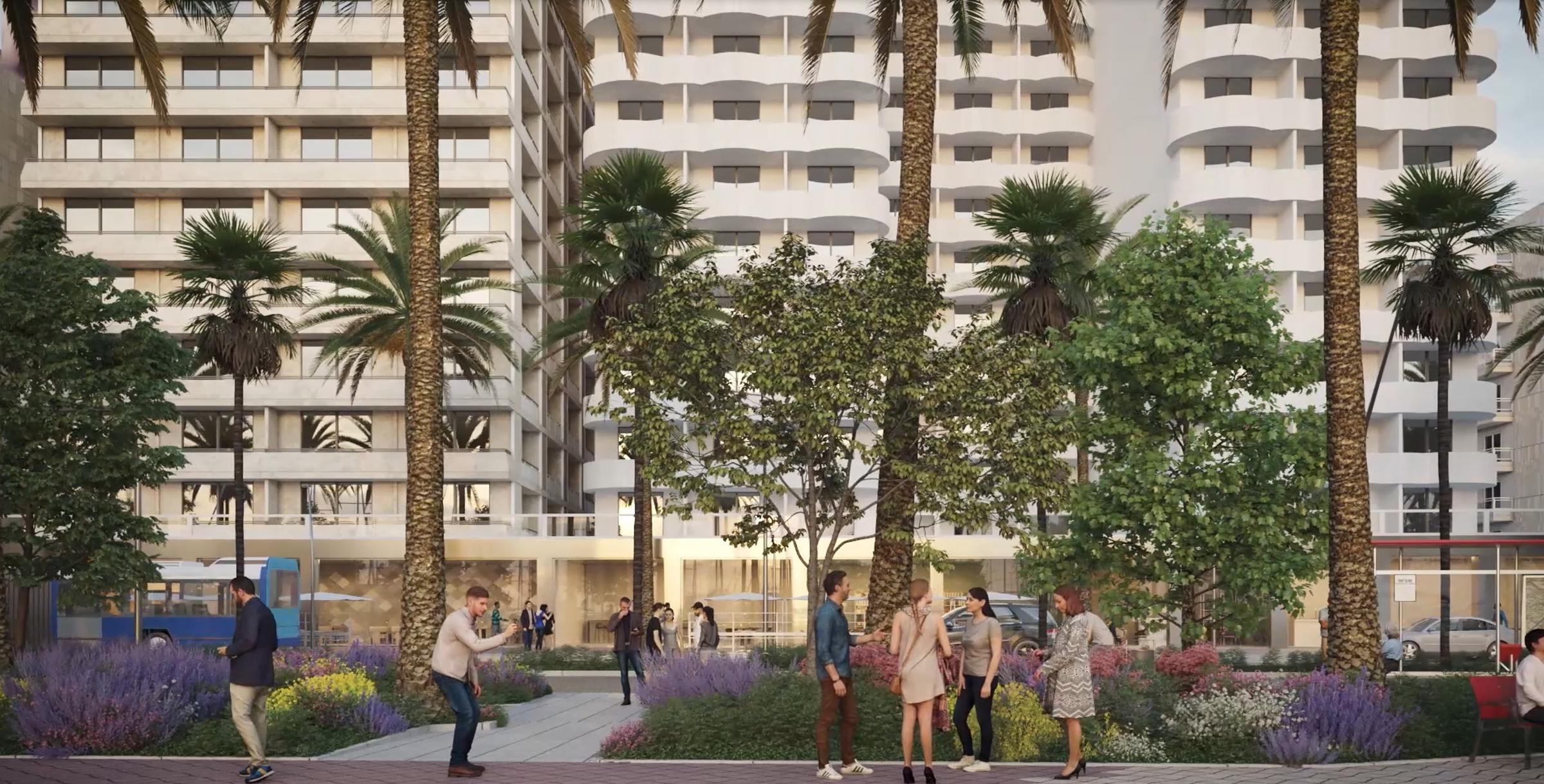 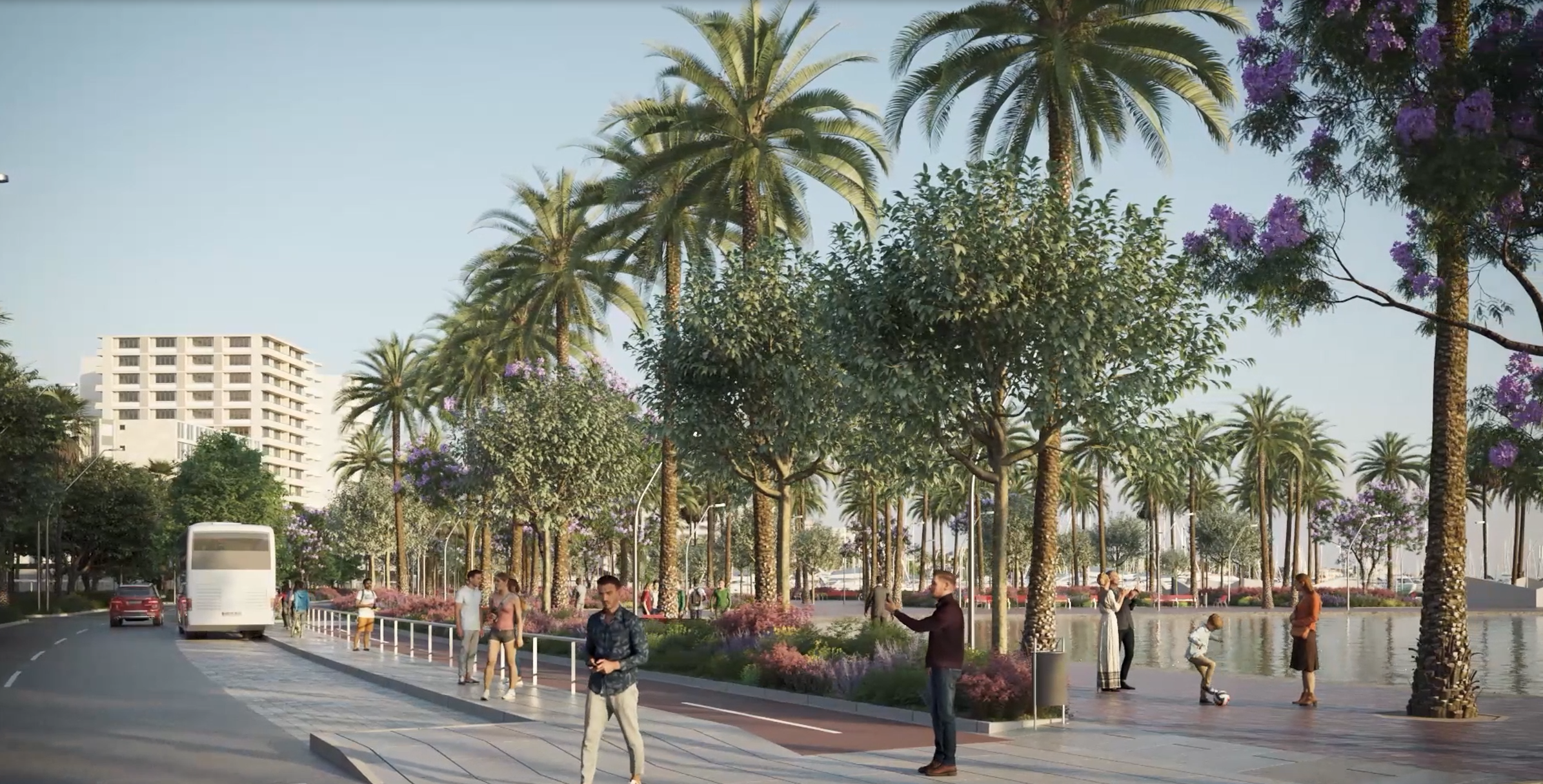