Studies confirm that a single mussel filters up to two litres of water per hour
Palma, 06/07/2022
Environment and CSRTechnology and innovation

With the logistical support of the company Astilleros de Mallorca, the Oceanographic scientists started work in the port of Palma, installing several “ropes” with mussels provided by shellfish gatherers from Menorca. Specifically, two ropes, each with about 30 mussels, were installed in the Astilleros de Mallorca dock facilities, another in those of the nautical concession La Lonja Marina Charter and a fourth outside the port, which serves to control and differentiate parameters with those inside the port.

Every three months, the Oceanographic Centre’s research team, led by Ms. Salud Deudero, will analyse the tissues of the mussels in this first phase, determining the amount of hydrocarbons, heavy metals and microplastics they accumulate. Finally, in this first phase of the study, if the mussels in the port of Palma were clearly found to be beneficial and viable for the final biofiltration of port water, a scientific proposal would be published to implement bioremediation with mussels in the port of Palma, in order to scale it up to other ports managed by the APB in the medium term.

Filtering all the water in the port

The first calculations made by the scientists assure that some 4,000 metres of mussel rope, which would be installed and hidden under some marshes, at no inconvenience to sailors or users, could filter all the water in the port of Palma every three months, as a single mussel filters up to two litres of water per hour. These preliminary calculations will finally be validated in the second phase of the study.

In fact, different studies, such as that of the Plymouth Marine Laboratory in the United Kingdom, confirm the capacity of mussels to eliminate small floating plastics, proving that a group of just 300 mussels could filter up to 250,000 pieces of microplastics every hour. The results show that mussels could rapidly reduce up to 25% of the microplastics floating in the sea.

To date, there is no cheaper, more ecological and sustainable formula for filtering and purifying port water than the one implemented in the port of Palma. Furthermore, according to the experts, the mussels will not have to be sacrificed, as they will be able to live their entire life cycle without suffering from living in a port, where until a few years ago they were common. The polluting substances would finally be recovered and disposed of in accordance with current regulations. These molluscs could therefore restore the ecological balance of port waters, even if it takes years or decades, in a natural and environmentally-balanced manner.

On the other hand, the mussels will under no circumstances be intended for consumption, but only to filter, oxygenate and help improve port waters, and perhaps in the future also waters with deficient oxygenation and renewal or with an excess of fertilisers of agricultural origin in areas close to outfalls.

The port of New York was the first in the world to implement a large-scale bioremediation system using mussels. The conclusions reached by researchers from the American Oceanic and Atmospheric Administration are clear: the mussels succeeded in filtering bacteria, microalgae, sediments, hydrocarbons, heavy metals and even microplastics, considerably improving the biological and physico-chemical conditions of the port waters of the American city. 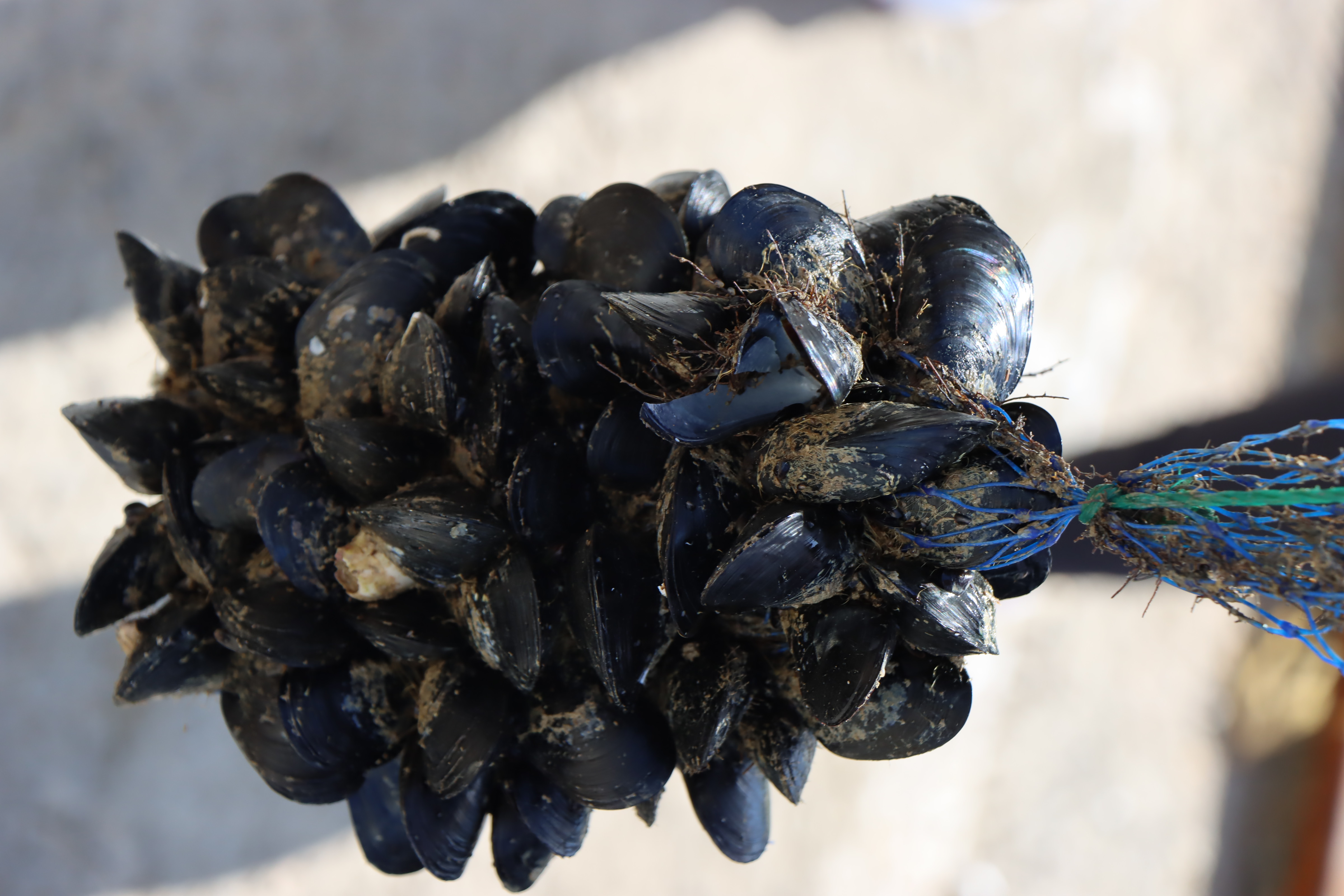