The presidents of the Port Authorities of Huelva and the Balearic Islands, José Luis Ramos and Joan Gual de Torrella, along with the mayors of Palma and Huelva, Antoni Noguera and Gabriel Cruz, held a meeting at the Port of Huelva facilities in order to learn about and analyse the Port-City model and urban development project implemented by the Port of Huelva along the Ria Promenade in order to apply this model in the capital of Mallorca.

As part of this delegation, a team of experts from both entities participated in the session.

Accordingly, the president of the Port Authority of the Balearic Islands stated that, “the port of Palma is going to experience a radical transformation in which the public will play the leading role. The port of Palma,” he added, “is an urban port and Palma is a port city, so the integration of these spaces must be as friendly as possible”.

According to José Luis Ramos, the Ria Promenade represents “a role model of urban development in opening up the port to the city of Huelva, making it the perfect setting for all the city’s inhabitants to enjoy, bolstering tourism and economic growth in the city”. He highlighted that the Ria Promenade is “a strong commitment to the combination of sustainability and port-city integration, enabling the public to come to the estuary and enjoy nature in the Marismas de Odiel Natural Area”.

The mayor of Huelva noted that “thanks to the Port, Huelva has opened up to the sea through a public space that offers new healthy recreational options for everyone. It’s not just about bringing the city closer to the estuary, but rather, placing our resources, the sea, at the disposal of the citizens of Huelva in order to make a direct impact to enhance the quality of life in the city”. Thus, Gabriel Cruz acknowledged that, “the Port is one of the most significant drivers of infrastructure and investments made in Huelva in recent years,” asserting that, “in the economic model that the Huelva City Council implemented in December for the city's development and progress, the Port of Huelva is one of the mainstays”.

The mayor of Palma, Antoni Noguera, stated that over the course of the visit “together with the city of Huelva, its port authority and the City Council we have seen an example for gaining an emblematic space such as the Ria Promenade, and they have explained to us the process, construction and philosophy behind this model”. He emphasised that, “this is a perfect model for the city of Palma and its seafront promenade, which is currently a highway, but which we aim to transform into a core element of the city and green space for the public to enjoy”.

After the meeting held at the Port Authority offices, the delegation toured the Ria Promenade facilities and the expansion work being done at the junction between the Tinto Docks and the Levante Pier to gain first-person insight about this urban planning project in order to apply it to the remodelling project to be undertaken for the Palma Seafront Promenade in the Balearic port.

Thus, the port authorities of the two cities have commenced a partnership for port-city development, integrating cities and their port areas, and tourism growth.

The Ria Promenade, located on the left bank of the Odiel River, spans a length of more than one thousand two hundred fifty metres and is eighty metres wide.

This space, which was awarded in 2016 the Andalusia Urban Development Prize, in the category of best project executed, granted by the Regional Department of the Environment and Land Planning of the Government of Andalusia, is part of a major project in the Port of Huelva aimed at the modernisation and environmental recovery of the left bank of the Odiel River. Here, local plant species have been planted and a pedestrian path has been created, extending four kilometres from Sebo Point to the Tinto Dock, where the latest expansion work is underway on the section running toward the old Pertrechos Dock.

This expansion leads from Ria Promenade to the heart of the city, prolonging this emblematic project within the strategic approach of proximity and integration of the port into the city of Huelva. 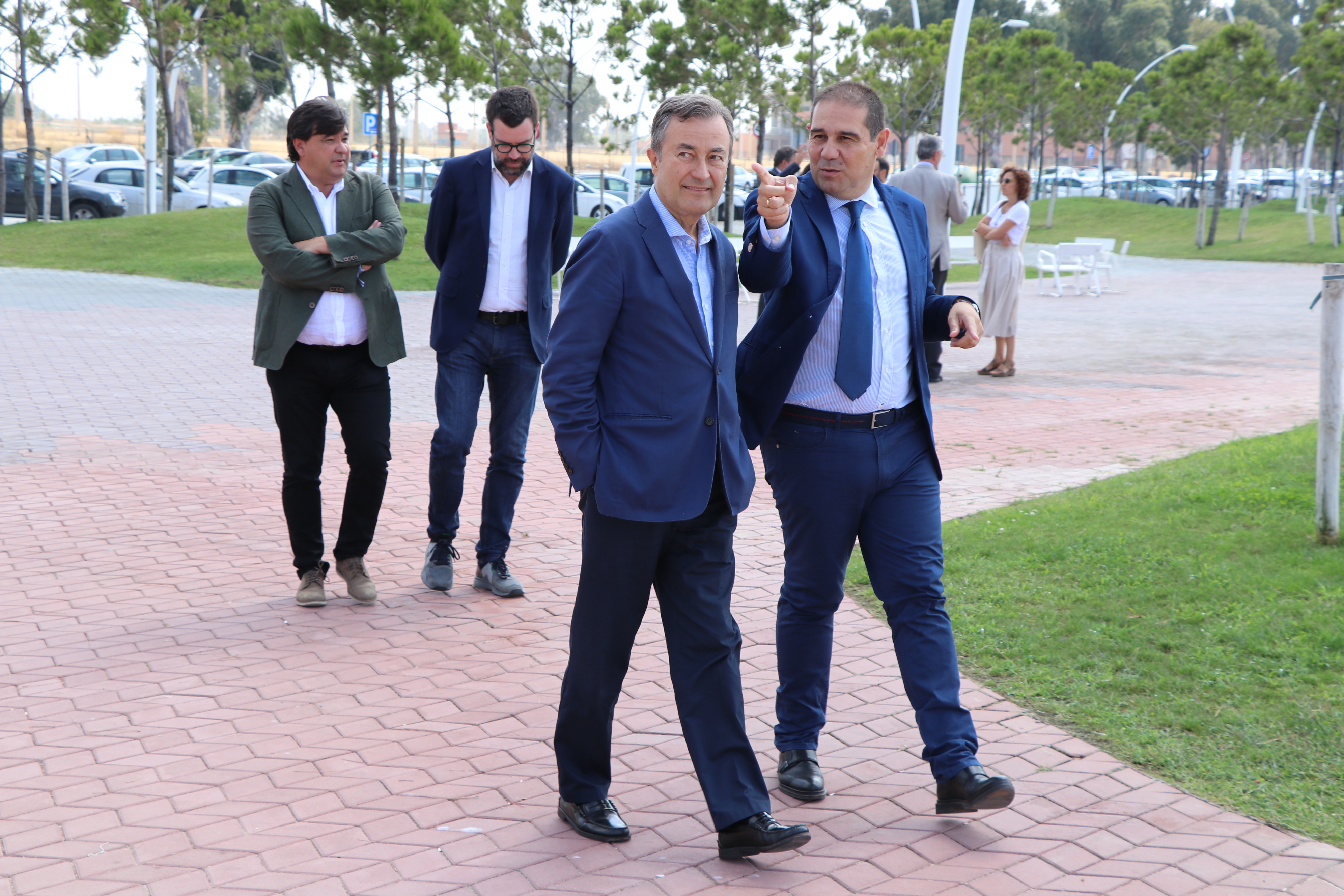 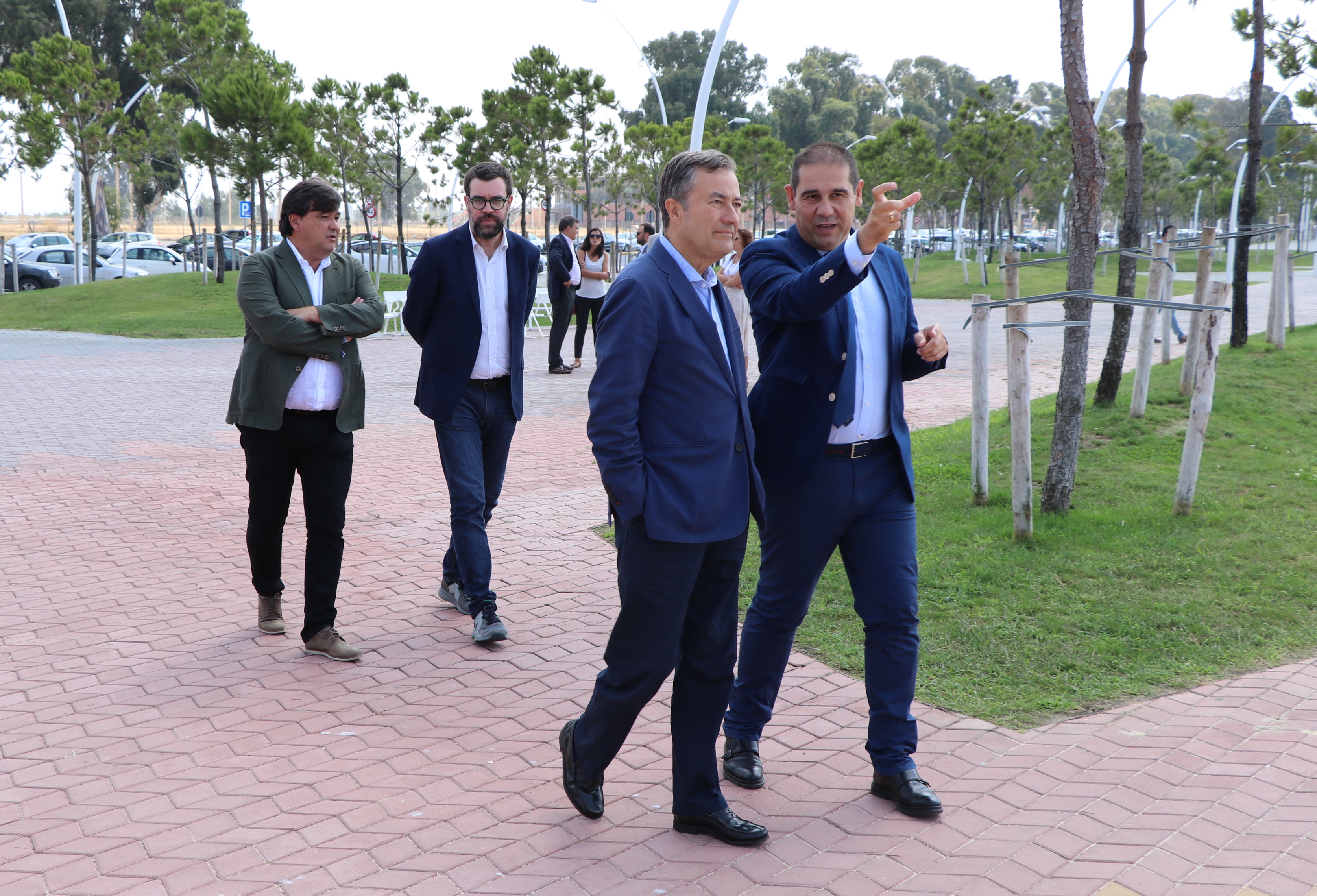 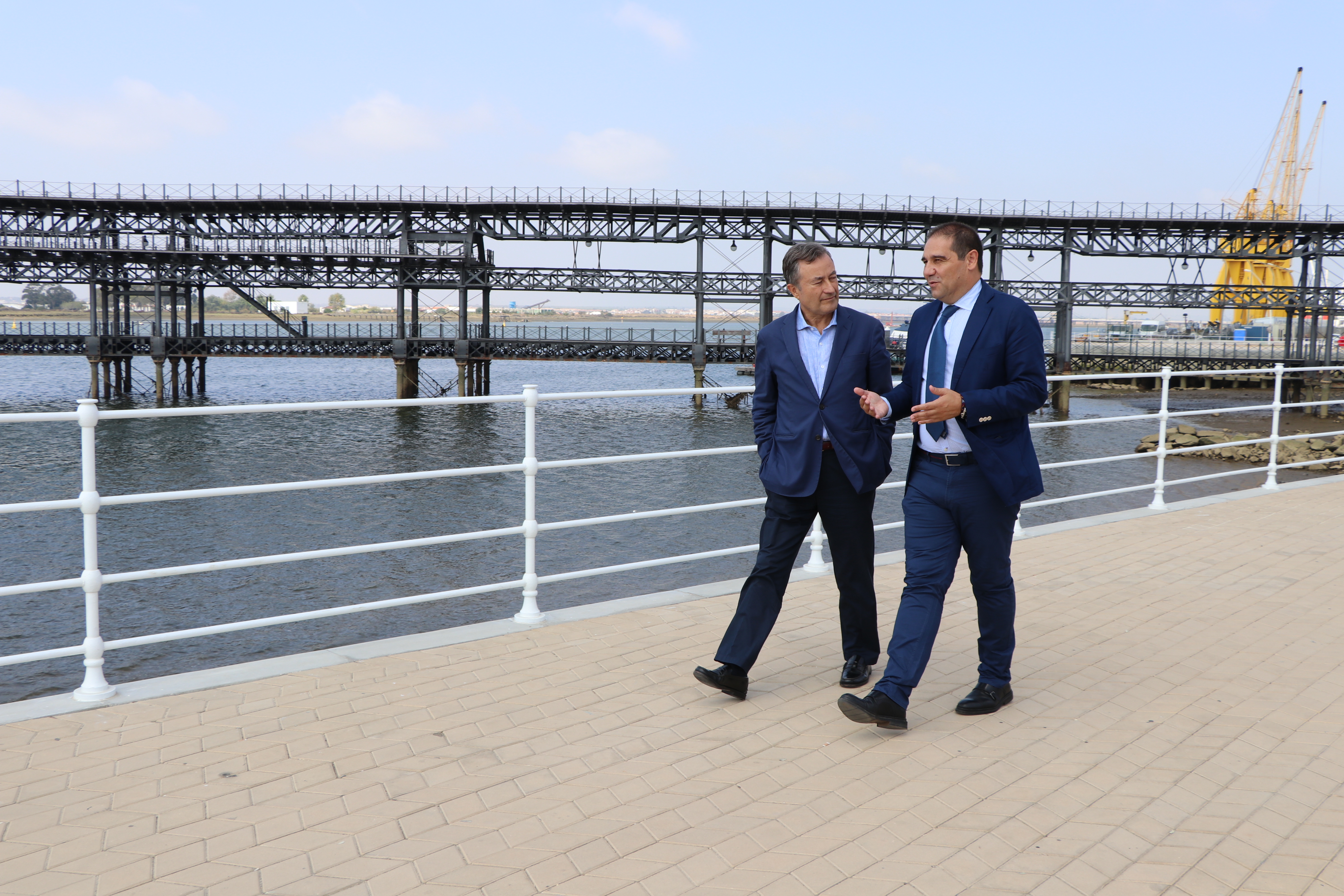 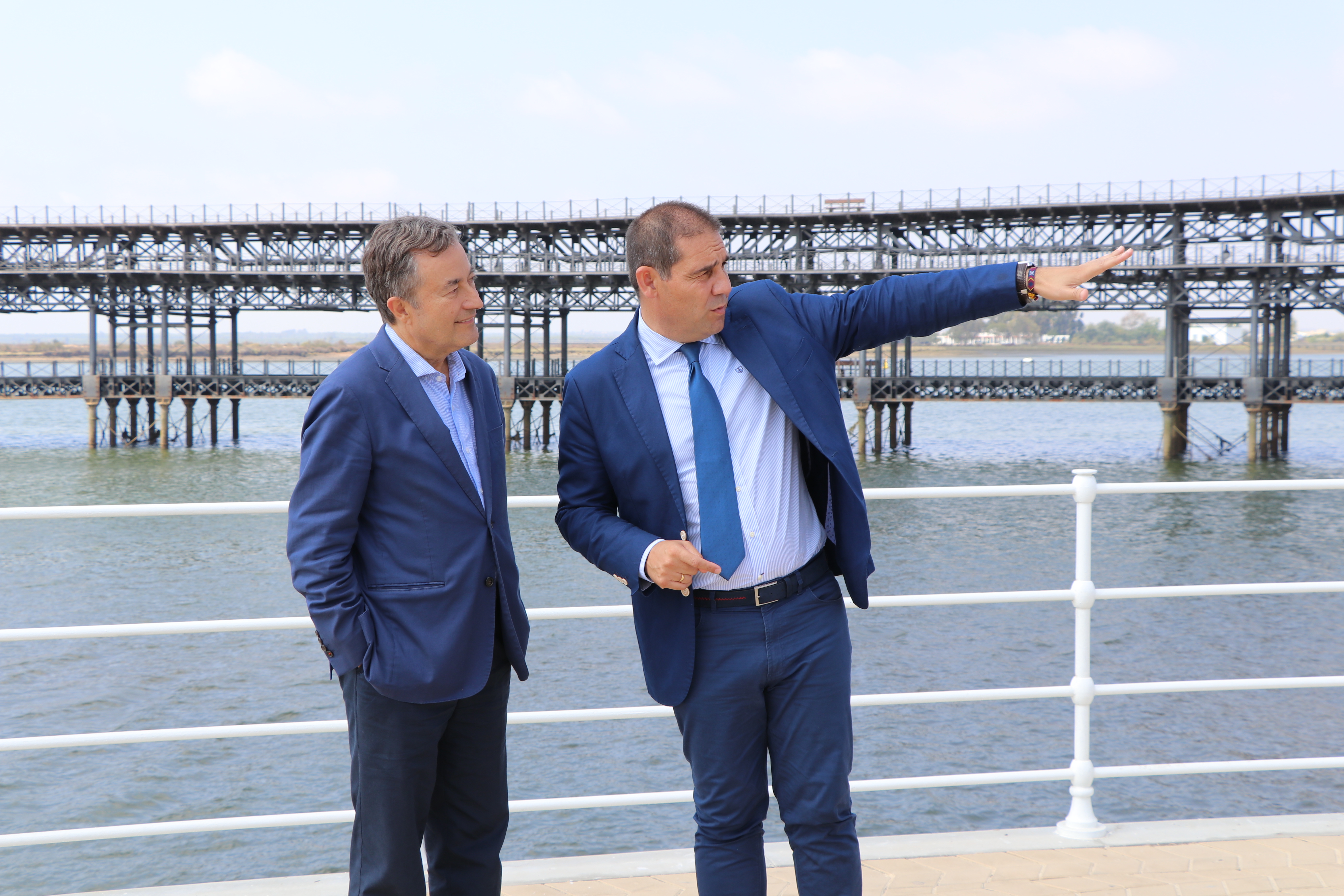 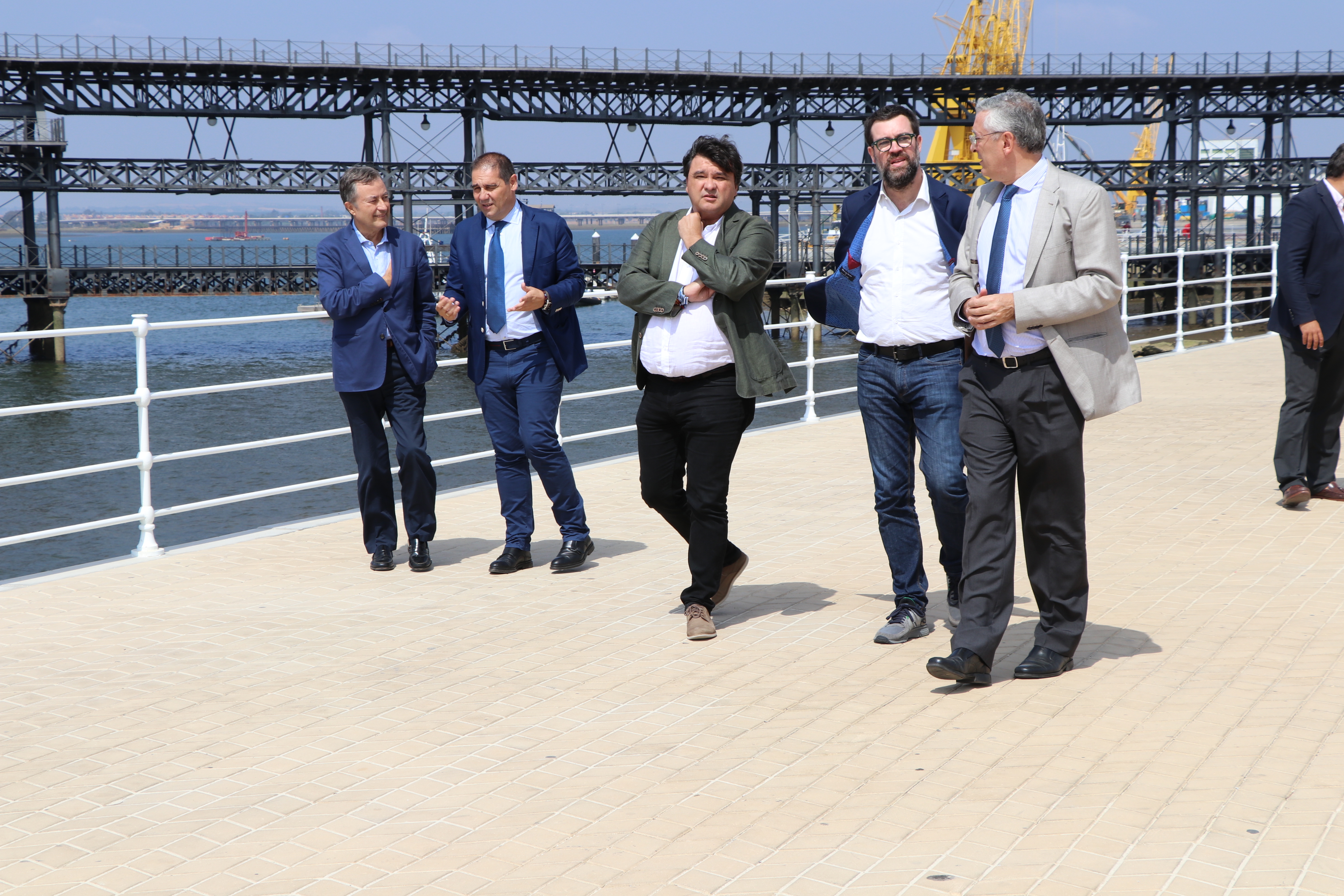 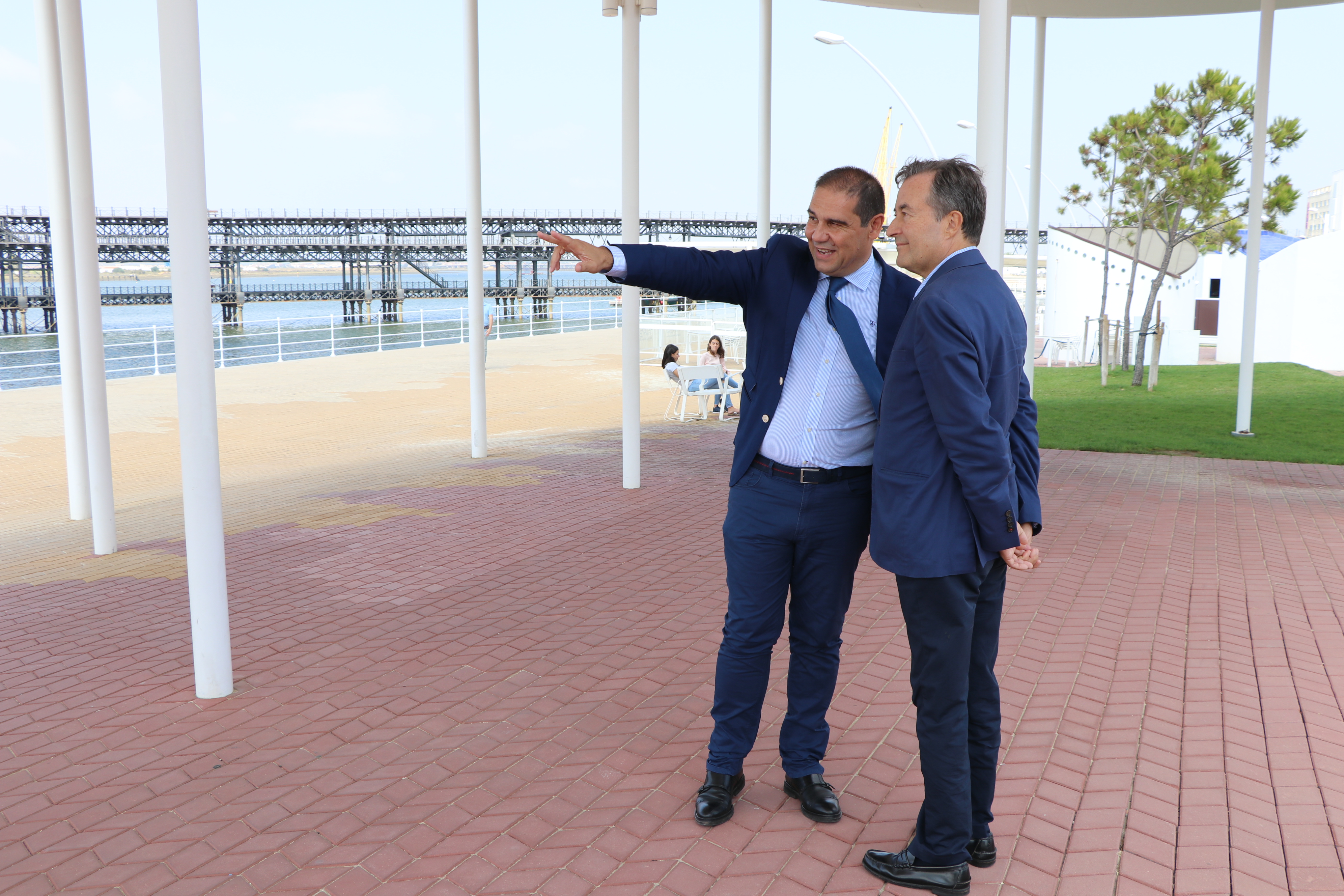 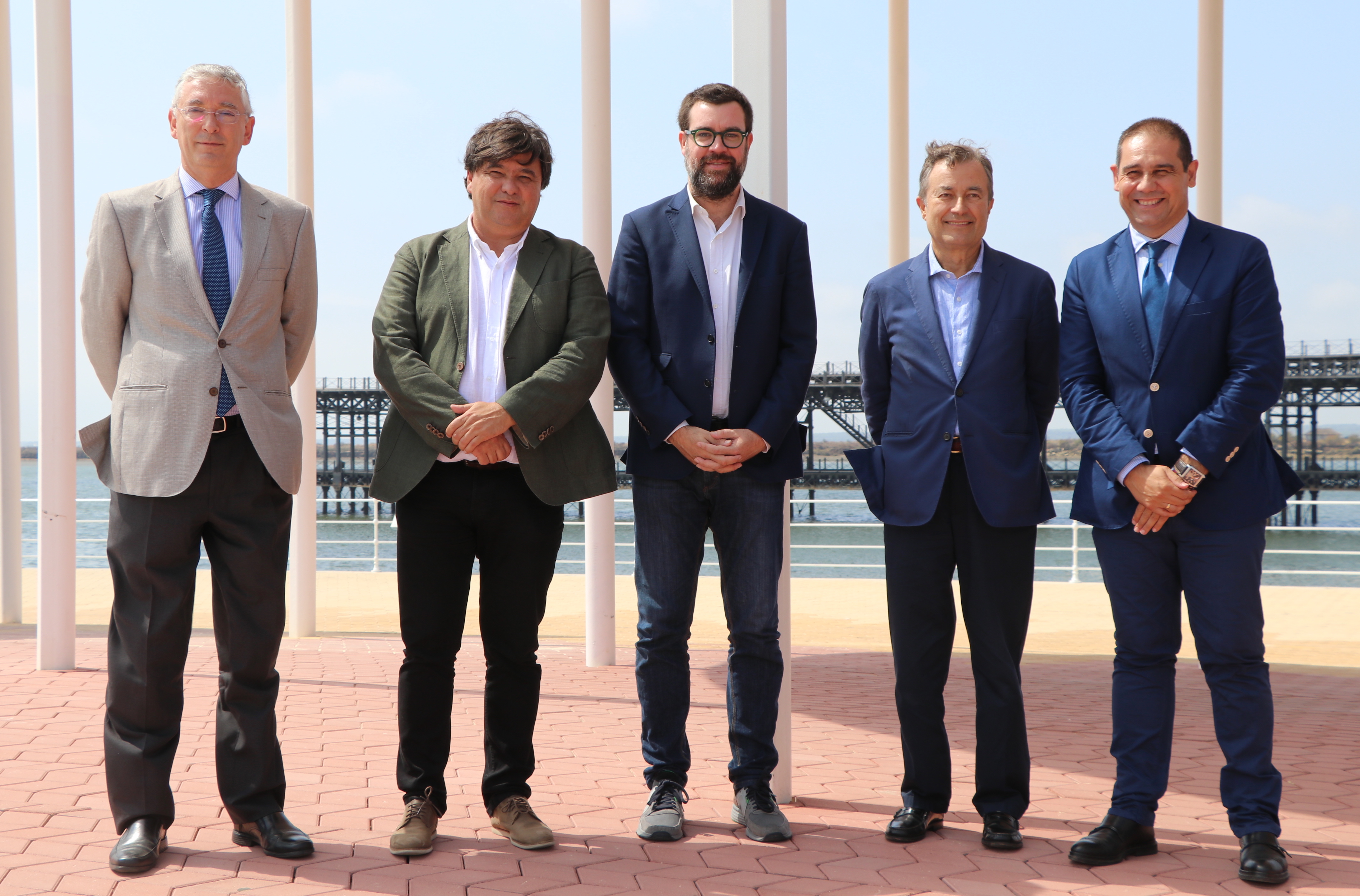