Today, together with the Office of the Vice-President of the Government and the General Secretariat of Science and Innovation of the Ministry of Energy, Industry and Competitiveness, the Port Authority of the Balearic Islands signed the protocol aimed at promoting the project to build the polo marino [marine hub] at the Old Harbour of the Port of Palma. This general protocol for action aims to establish a meeting place and collaboration between different public and private institutions and bodies with a view to promoting and furthering research activities, technological development and innovation in the marine and maritime sectors.

The signatory parties have established a framework of ongoing collaboration to provide the necessary support to the leading entities in the marine R&D&I sector, including SOCIB and COB, and in doing so bolster the sector's activity at the Port of Palma. The APB is expected to allocate the necessary space to facilitate the headquarters of SOCIB and COB at the Old Harbour of the Port of Palma. The two bodies, together with the IEO, have expressed their gratitude and positively welcome the signing of this protocol.

Furthermore, in accordance with the signed protocol, special emphasis will be placed on areas of strategic interest for the Balearic Islands, such as marine science and the responsible management of the marine environment and coastline. Along the same lines, a further objective is to ensure that the entities based at the marine hub have contact with State ports with a view to enhancing their impact in society. In fact, the marine hub is expected to be the base for scientific-technical infrastructure to be used by the scientific and technological community both within Spain and abroad.

In this regard, the president of the Port Authority of the Balearic Islands, Joan Gual de Torrella, said that "this commitment is in line with the resolution adopted by the APB's Board of Directors to harness the Old Harbour of the Port of Palma for port and maritime activities in the broadest sense of the term".

The Mayor of Palma, Toni Noguera, who wanted to attend the signing ceremony in a bid to show the city's support for the maritime industry and the knowledge economy, pointed out that "the Old Harbour covers half the space used by Parc Bit yet generates double the amount of employment", which is testament to how significant this marine hub could be in creating wealth for the city.

The Secretary-General for Science and Innovation, Juan María Vázquez, used the Port of Palma as an example for other port authorities, because "it is committed to utilising its port area for oceanographic and maritime research", an area in which Spain excels internationally.

Meanwhile, the Vice-President and Minister for Innovation, Research and Tourism, Bel Busquets, said that "this government's strategy is based on diversifying the economic model, and a cornerstone of this strategy is undoubtedly the knowledge economy, marine science and technology. In addition, the knowledge that is created will be harnessed by decision-making bodies and within the business sector. She went on to say that "this project will create highly-skilled jobs, which will catapult us on to the international stage".

The Polo Marino [Marine Hub] is an initiative driven by the Regional Department of Innovation, Research and Tourism with the backing of the APB and the Ministry of Economy, Industry and Competitiveness. The project is part of the Smart Specialisation Strategy in the Balearic Islands (RIS3), which will incorporate marine science and technology as one of the strategic foundations for diversifying the economic model. With this in mind, the strategy meets European Union objectives in terms of innovation and technological development and may receive assistance from the European Regional Development Fund (ERDF).

Meanwhile, the commitment made by the APB supports its desire to open up the Port of Palma to science and, in particular, to the people, giving it an increasingly social use that is reflected in the commissioning of this marine hub. 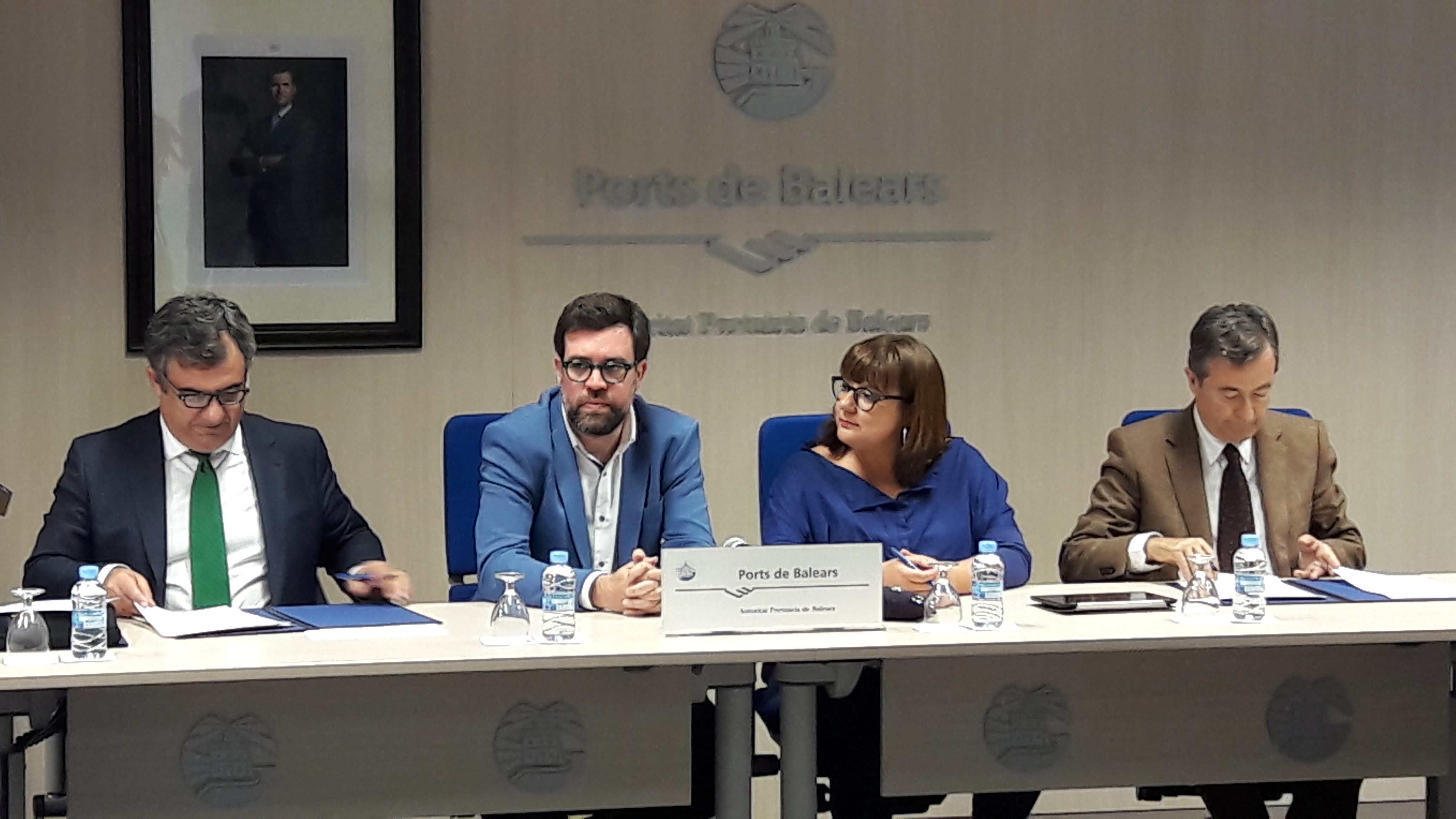