The Government of the Balearic Islands, the Consell de Ibiza, the Consell Insular de Formentera and the Council of the city of Ibiza have reached a final agreement for the location of the new passenger terminal of the Port of Ibiza for boats operating in the port of La Savina (Formentera). The agreement has been achieved as a result of a new proposal from the Balearic Islands Port Authority, agreed upon the different public administrations involved and which satisfies the different needs and demands raised by all parties.

The consensus proposal means that passengers embark and disembark practically in the same location of the Port of Ibiza as present. The new maritime station will move only about 200 meters from its current location. It will be located on the opposite side of the Yacht Club (Club Nautico), in an area currently used as boatyard and by fishermen. The boats to Formentera carrying cars and goods will move to the commercial docks, where the fishermen’s area will be relocated along with the remaining industrial activity.

The Regional Minister Pilar Costa has noted that the agreement meets the needs raised by all public administrations and has been the result of the predisposition shown "after we were asked a few months ago for the mediation and involvement of president Armengol to resume the negotiations between the administrations". Mrs Costa also added that the result is "a proposal that benefits all citizens" and proves that "when there is an open dialogue a consensus is possible."

The president of the APB, Joan Gual de Torrella, explained that in recent months they have been working on a new proposal that satisfies the interests of all administrations and operators working within the Port of Ibiza, and that is why “it has not been easy, but ultimately it is a good agreement because it is beneficial for all parties involved”.

On the details of the new proposal, Gual de Torrella especially valued that the embarking and disembarking of passengers practically remains in the same location, as demanded by the Consell de Formentera, while allowing Ibiza’s City Council to extend the port’s pedestrian promenade. He also noted that fishermen agreed to move to the commercial docks, ensuring a more secure location for their activity. This dock will hold all industrial activity as well as the arrival and departure of ships transporting vehicles and roll-on/roll-off goods between Ibiza and Formentera, providing a better mobility solution. 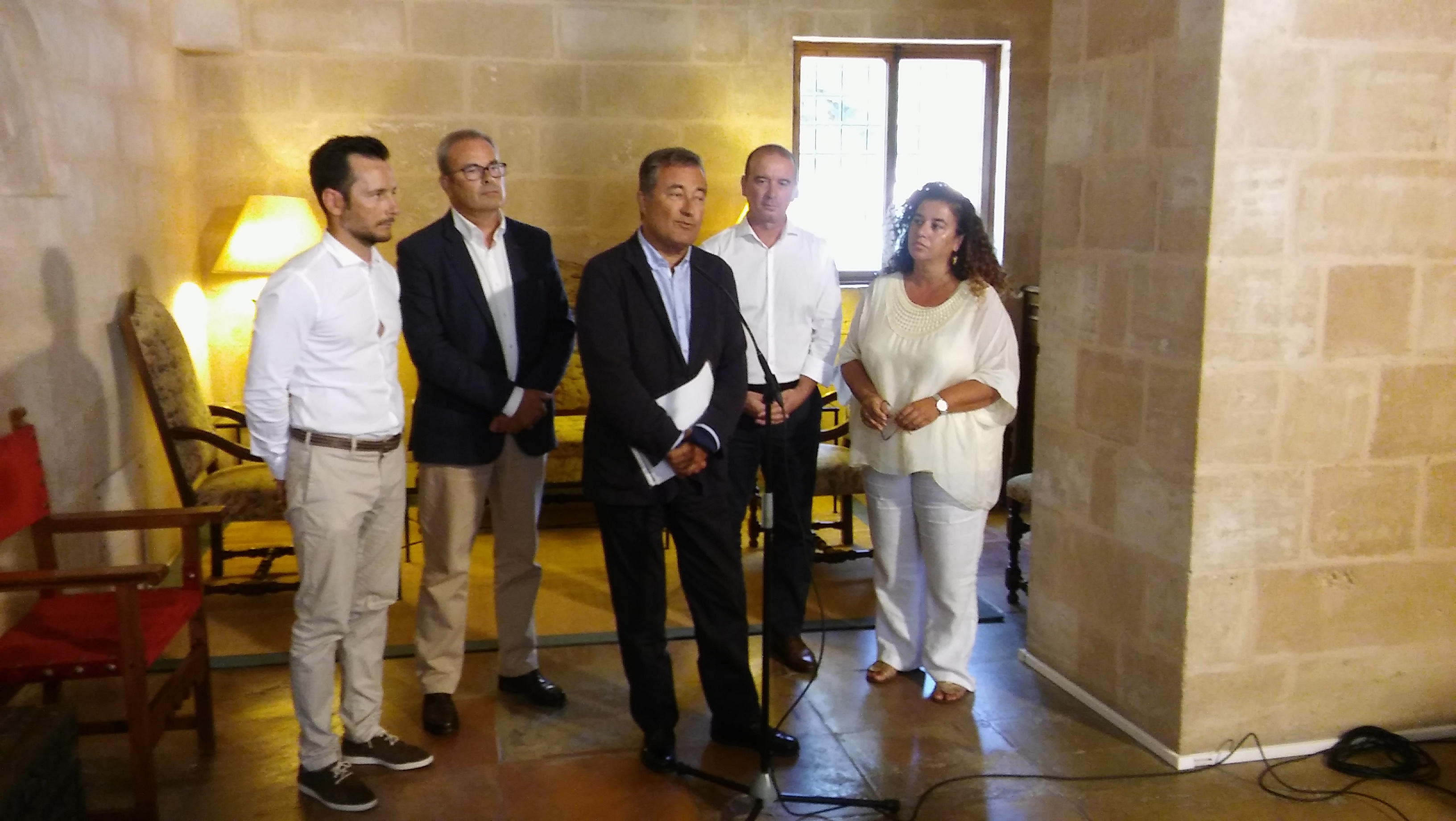