Three new infrastructures for the port of Palma

Refurbishment of the institutional headquarters of the APB and improvements of the Molinar de Levante port were received today, and the expanded esplanade of the Poniente Norte dock was put into service.
Palma, 20/04/2021
Transport and infrastructurePort-city

The Port Authority of the Balearic Islands (APB) has today taken delivery of two major works in the port of Palma and another has been partially put into service for public use, for a total amount of nearly 31 million euros. These include the refurbishment of building no. 3 of the Moll Vell, the improvement of the operation and port-city environment in the Molinar de Levante dock and the partial commissioning for public use of the expansion of the esplanade of the Poniente Norte quay. In addition to all this, a visit was made to issue a report on the modification of the project for the installation of electricity for ferries on the Paraires quay.

After the conclusion of these works, documentation began to be delivered by the contracting companies to the APB, which in turn sent it to the Ministry of Transport, Mobility and Urban Agenda (MITMA). This process ended today with the visit of an inspector from the Ministry, who was able to verify, after a tour of the new facilities, that the work carried out complied with the project.

Finally, the official reception of the work took place with the signatures of the project manager, the Head of the Infrastructures Area and the MITMA inspector himself, and the President of the APB and the Director of the port authority also visited the site.

Expansion of the esplanade of the Poniente Norte quay

In recent years, the needs of the operational surface area have increased as a result of the greater number of ships calling at the Poniente quays, the greater security requirements of port operations and the need to provide greater comfort for passengers using the port infrastructure. Hence the construction of an esplanade of some 36,000 square metres, starting from the Poniente Este quay, 360 metres long and 100 metres wide, aimed at improving the services provided to passengers.

The 21-million-euro job was awarded to the FCC/Amer joint venture and will be completed next month, after four years and three months of work.

Refurbishment of building no. 3 of the Moll Vell in Palma harbour

In October 2012, the Port Authority moved its offices to the new building located in Moll Vell no. 5, thus freeing up the old premises located in no. 3. After studying the structural properties of the building, a period to study and determine its uses according to the social needs of the APB as well as its economic and management viability followed. This led to the creation of an exhibition and restoration space in the building. As the building was protected by the Special Plan of the port of Palma, this project was approved by the Historical Centre Commission and by the Urban Planning Management of the Palma City Council.

With these works, a new cultural space was created that will house the Puerto-Ciudad Interpretation Centre (Port Centre), which will disclose the activities carried out in the port, and will show its inseparable link with the city. The cultural space will have a permanent exhibition hall and a travelling exhibition space. The northern part of the building was suitable for APB institutional uses such as the library and the boardroom. On the other hand, the building will have complementary restoration services, whose use will be subject to an administrative concession.

The APB undertook to study the possible improvements of the port without renouncing its social character and the roots and importance it has in its immediate surroundings, and in 2017 the study of alternatives for the improvement of the port-city environment and of operations in the port of Molinar began. Subsequently, the construction project was drawn up to improve operability and the port-city environment in the Molinar de Levante dock.

The set of actions that were carried out have the dual objective of improving port facilities and urban space. Meeting these goals ensured the success of the new seafront. The intervention managed to create a new public space for the use and enjoyment of the residents of the Molinar and Palma neighbourhoods through a set of actions. These interventions are the result of solving the issues raised at the beginning of the project, such as eliminating the problems of maritime safety and operability suffered by the boats moored in the port of Molinar; eliminating the narrowing of the Molinar promenade, improving the change in levels of the promenade by means of large ramps with a gentle slope to facilitate these transitions between the upper part and the area around the port;  opening up the port to the neighbourhood and the city by removing the fence which separated, isolated and prevented the interaction between the port and the neighbourhood and creating a new open space for interaction, a large public space open to the sea where people can walk, linger, play, carry out activities such as neighbourhood festivals or concerts. In the neighbourhood there are some squares but in its interior, there is no large space facing the sea.

A new esplanade for a sailing school and the eastern dock and its breakwater were built. The construction of the free dock, the dredging work and the improvement of the pedestrian walkway were also completed.

Installation of electricity for ferries at the Paraires quay

The MITMA inspector also visited the project for the installation of a medium and low voltage infrastructure for the electrical connection of ships to land, aimed at drawing up a proposal for modification. The ferries docking at the Paraires quay will therefore have a connection to the shore power grid for use while they are docked in order to reduce the emission of gases and noise generated by the vessels while docked. This technique is known as 'cold ironing'.

The installation will be ready for connection to the electrical grid, although not simultaneously, of a ferry with a maximum power demand of 1,600 kW (medium voltage) and another fast ferry of 800 kW (low voltage). For the electrical connection to land, the project includes the installation of 275 metres of medium-voltage underground lines, a transformation centre, a frequency converter and an electrical substation in the service area of the port of Palma, among others. 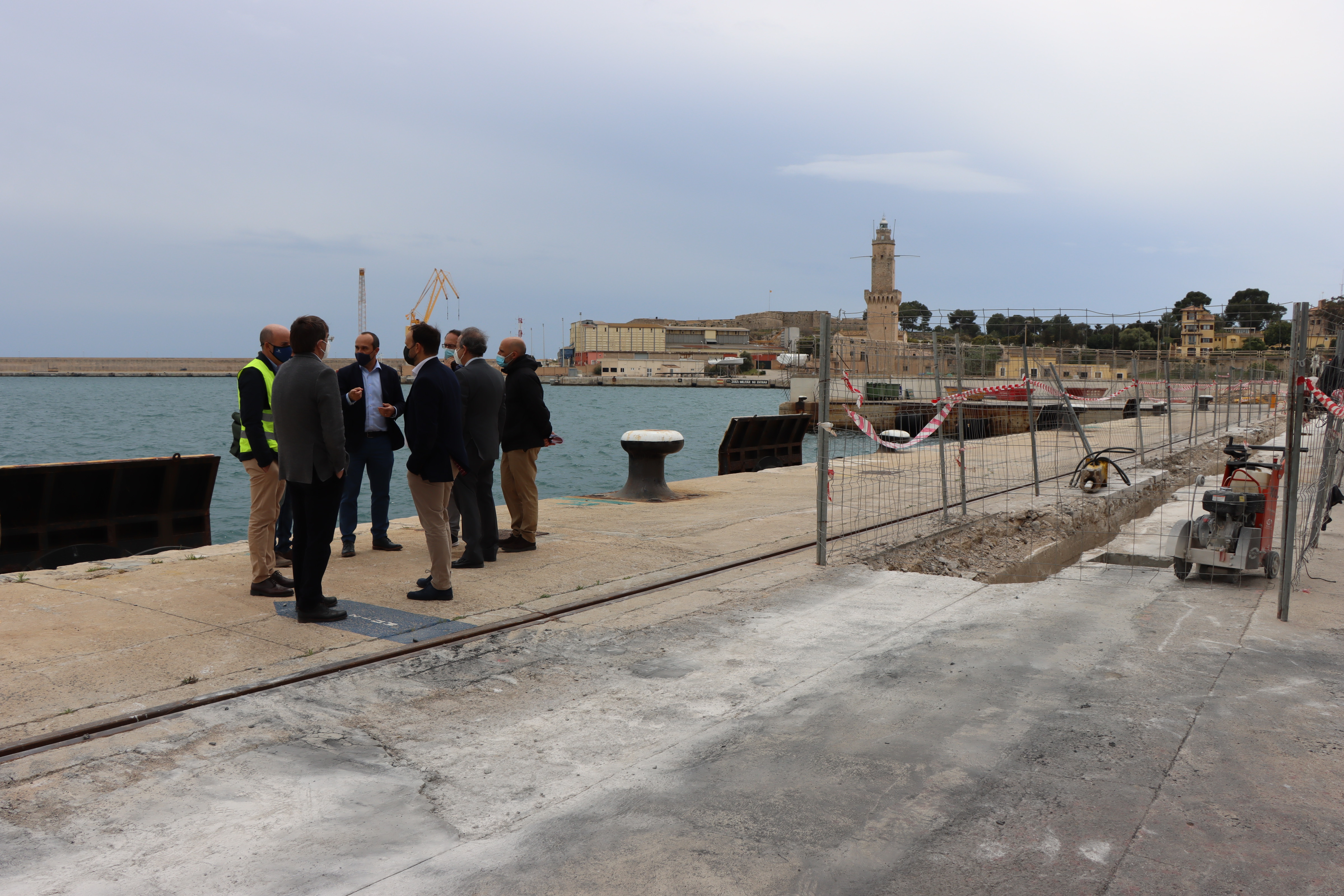 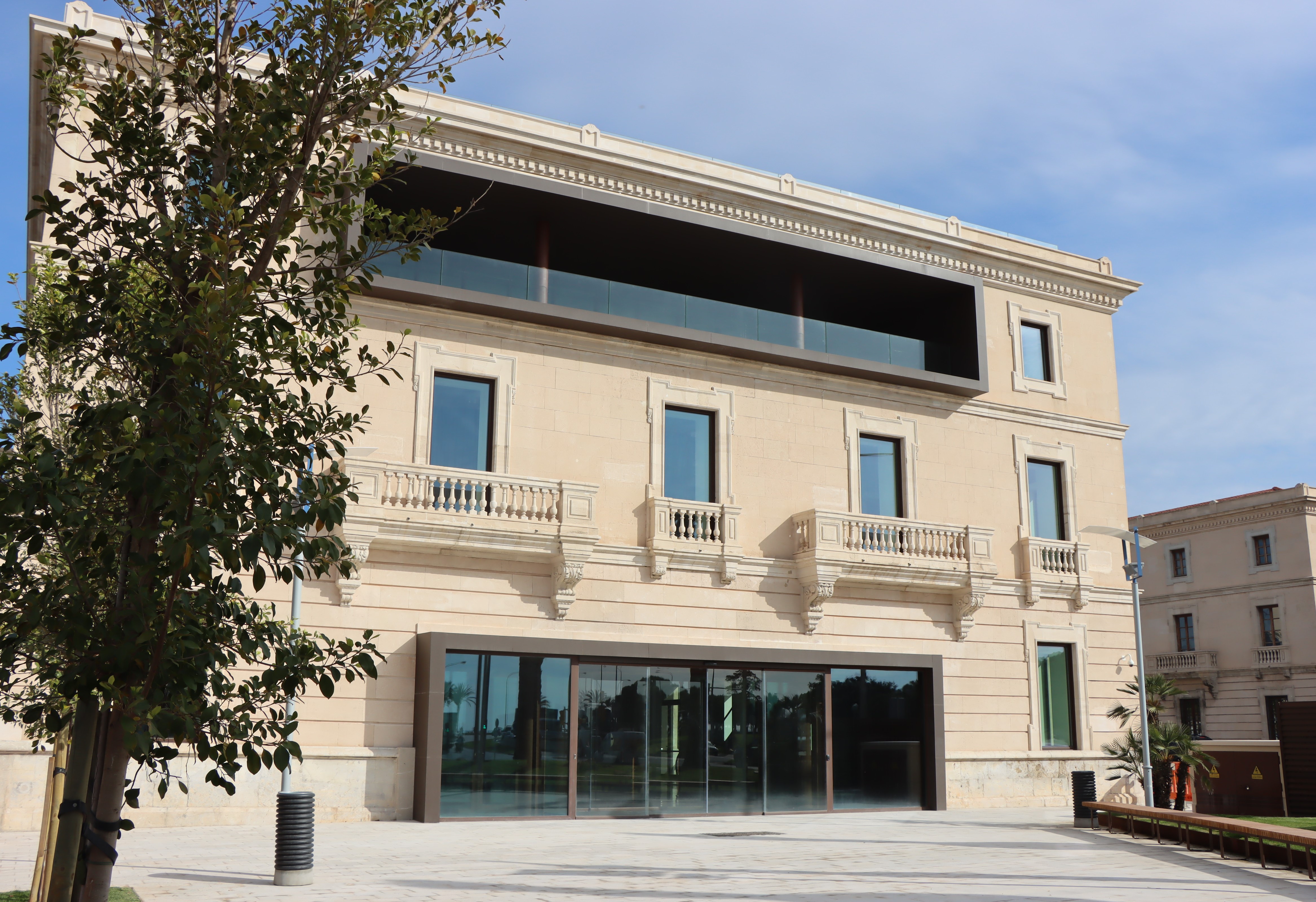 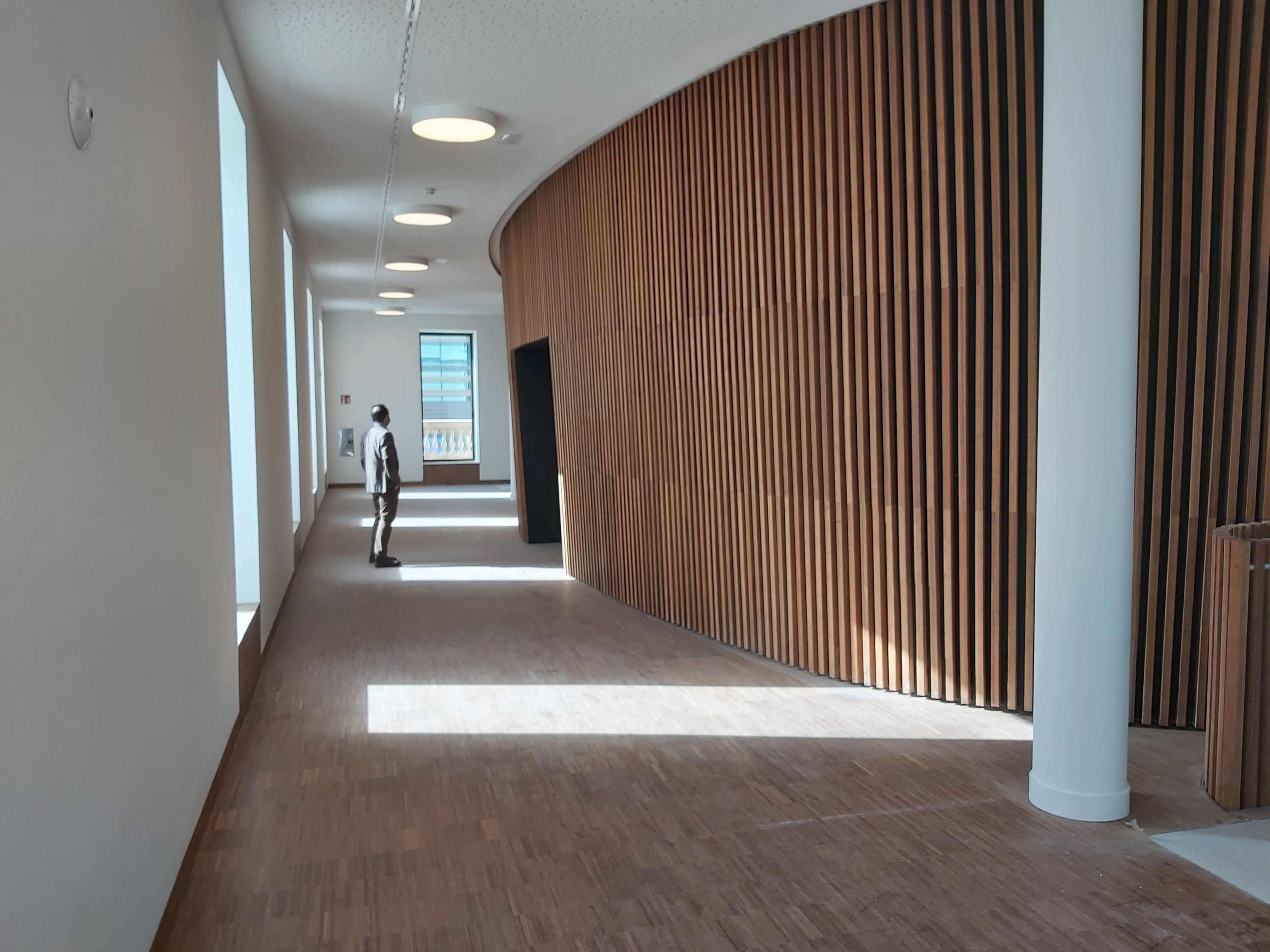 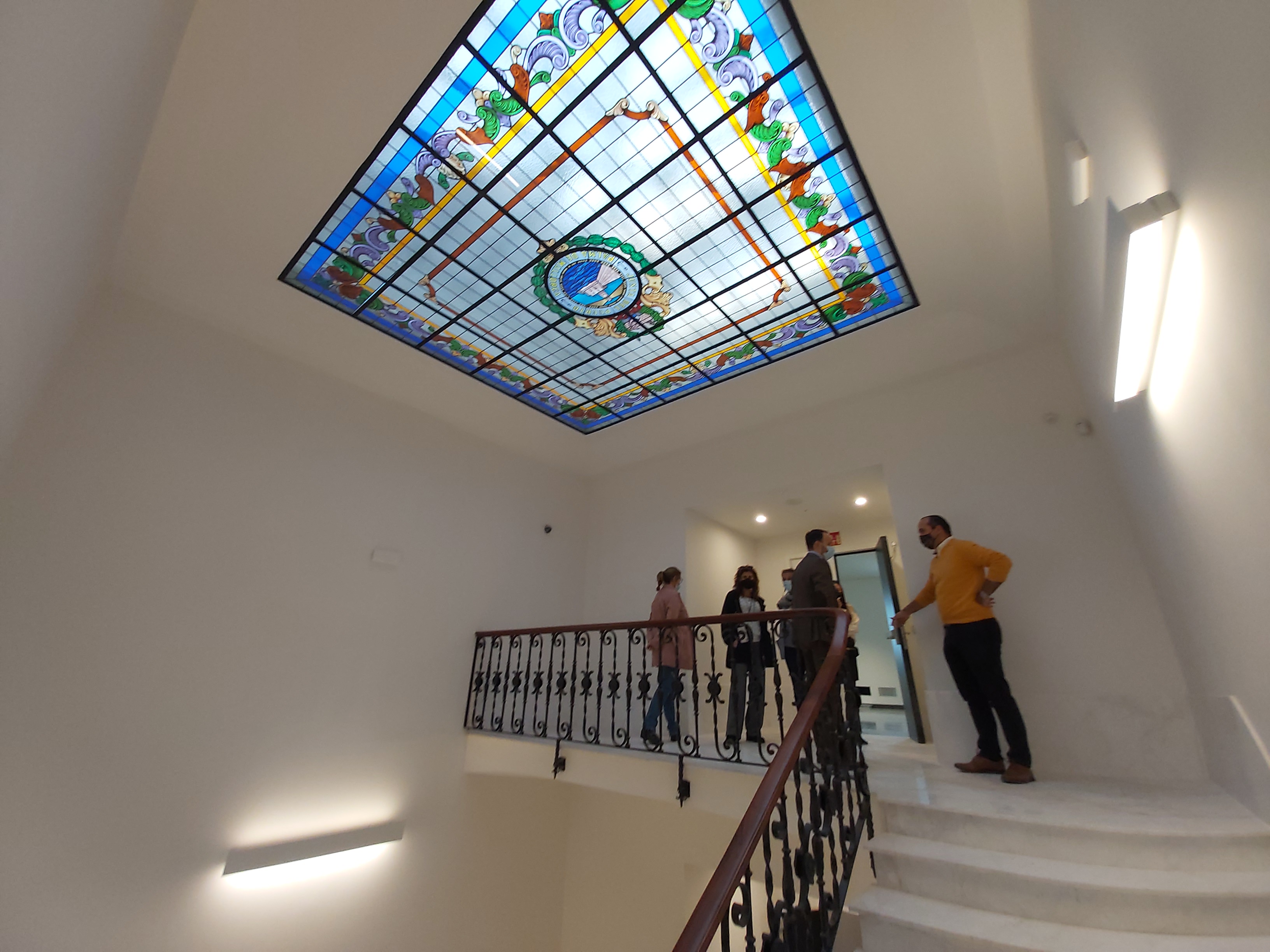 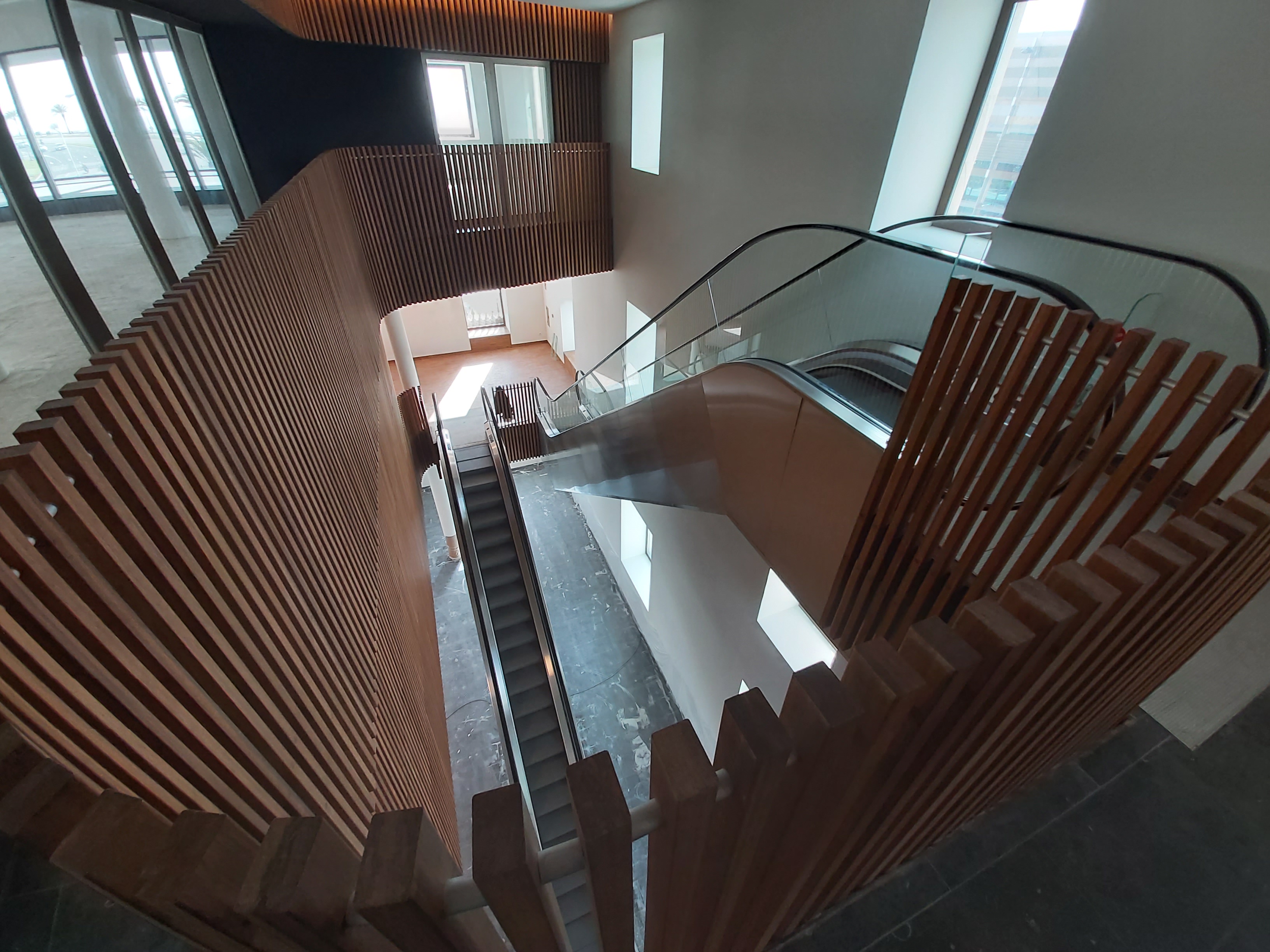 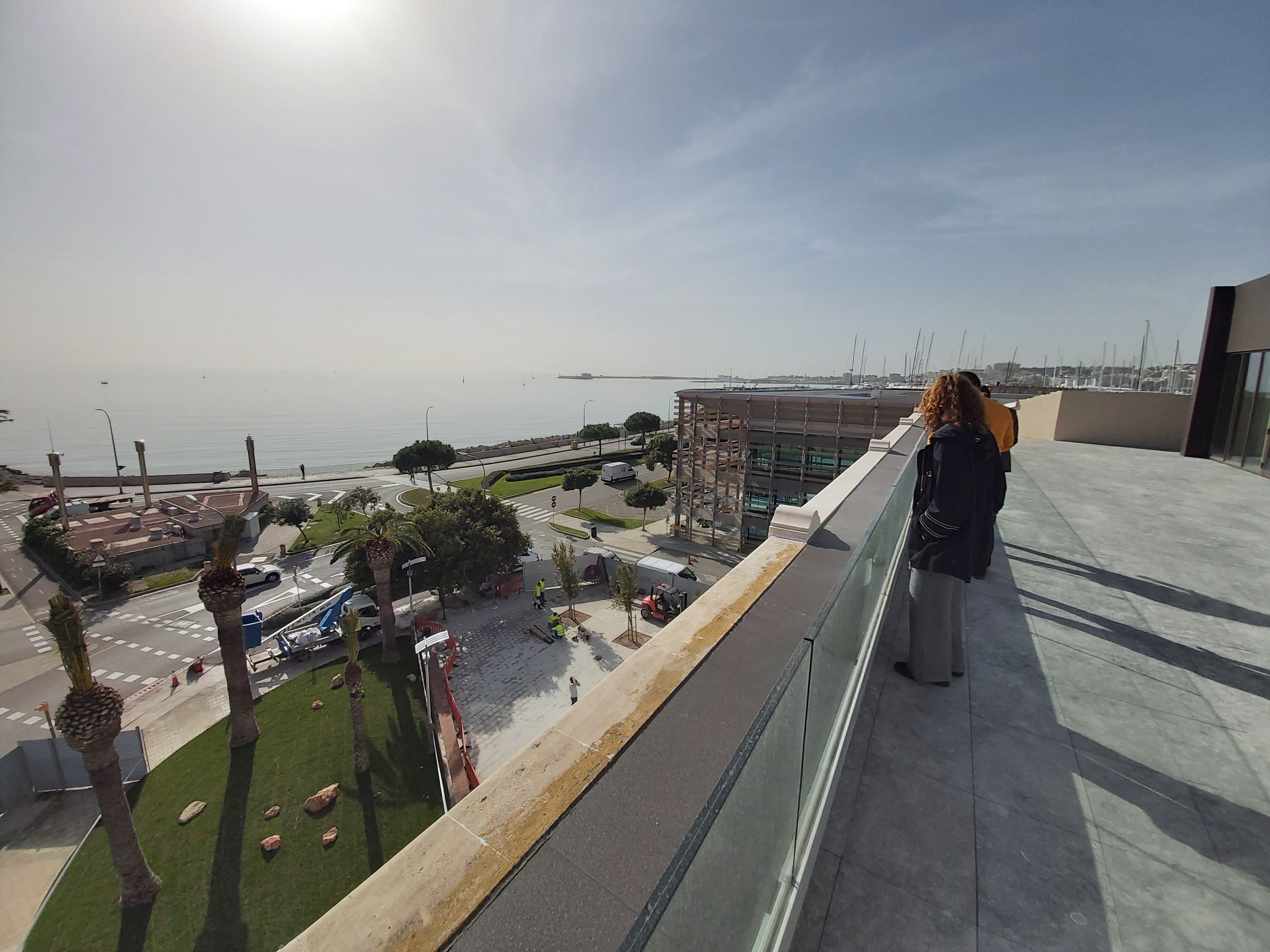 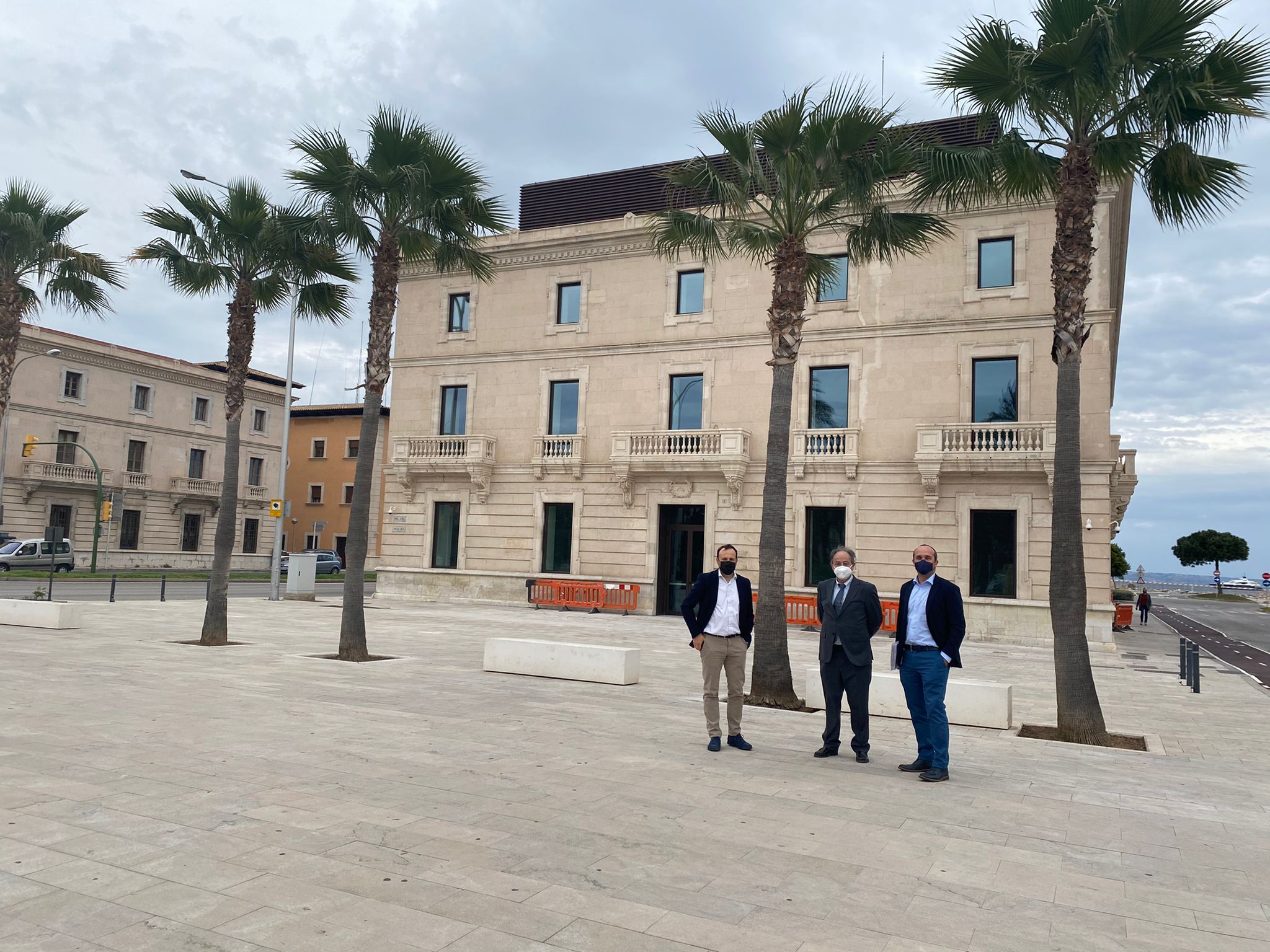 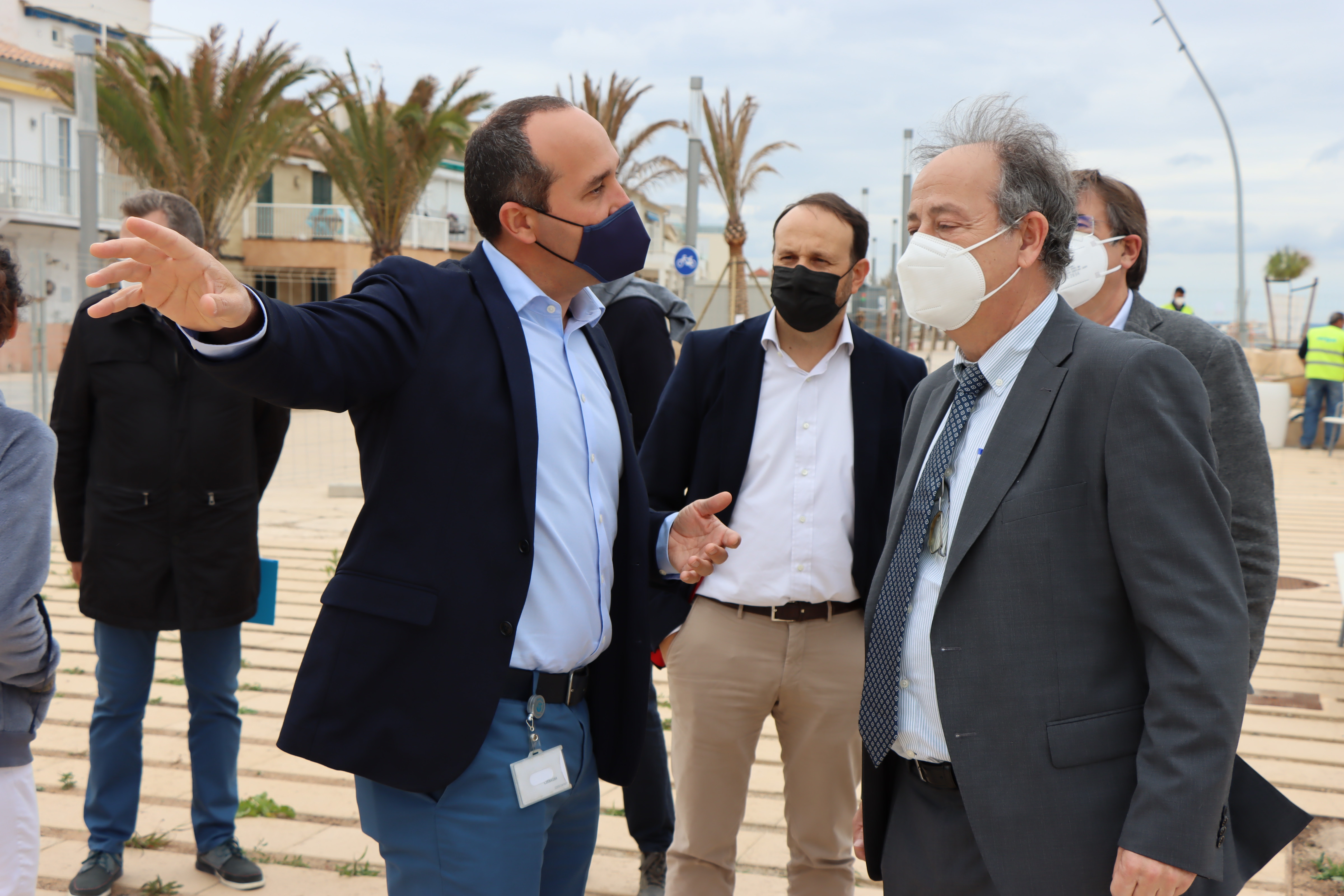 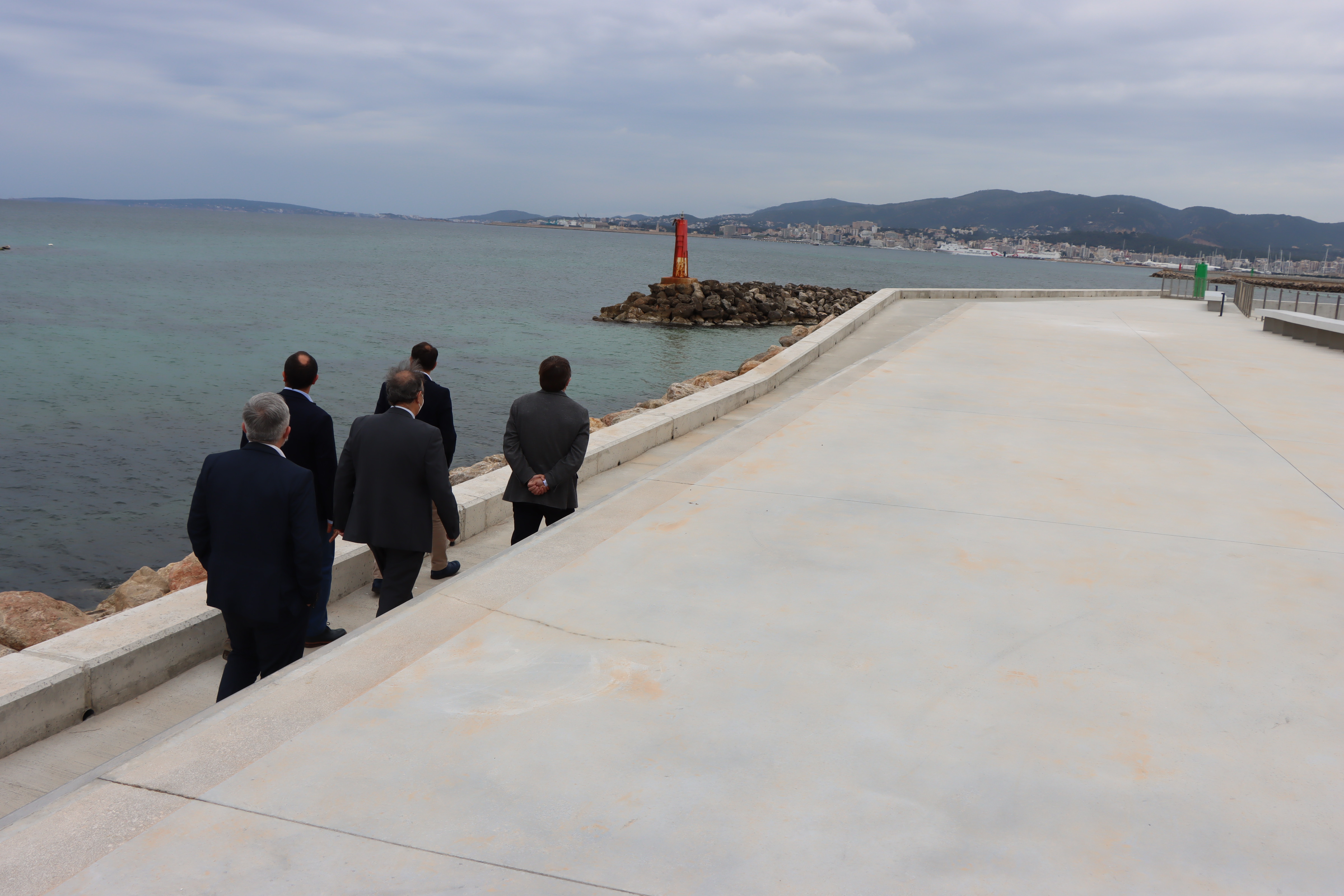 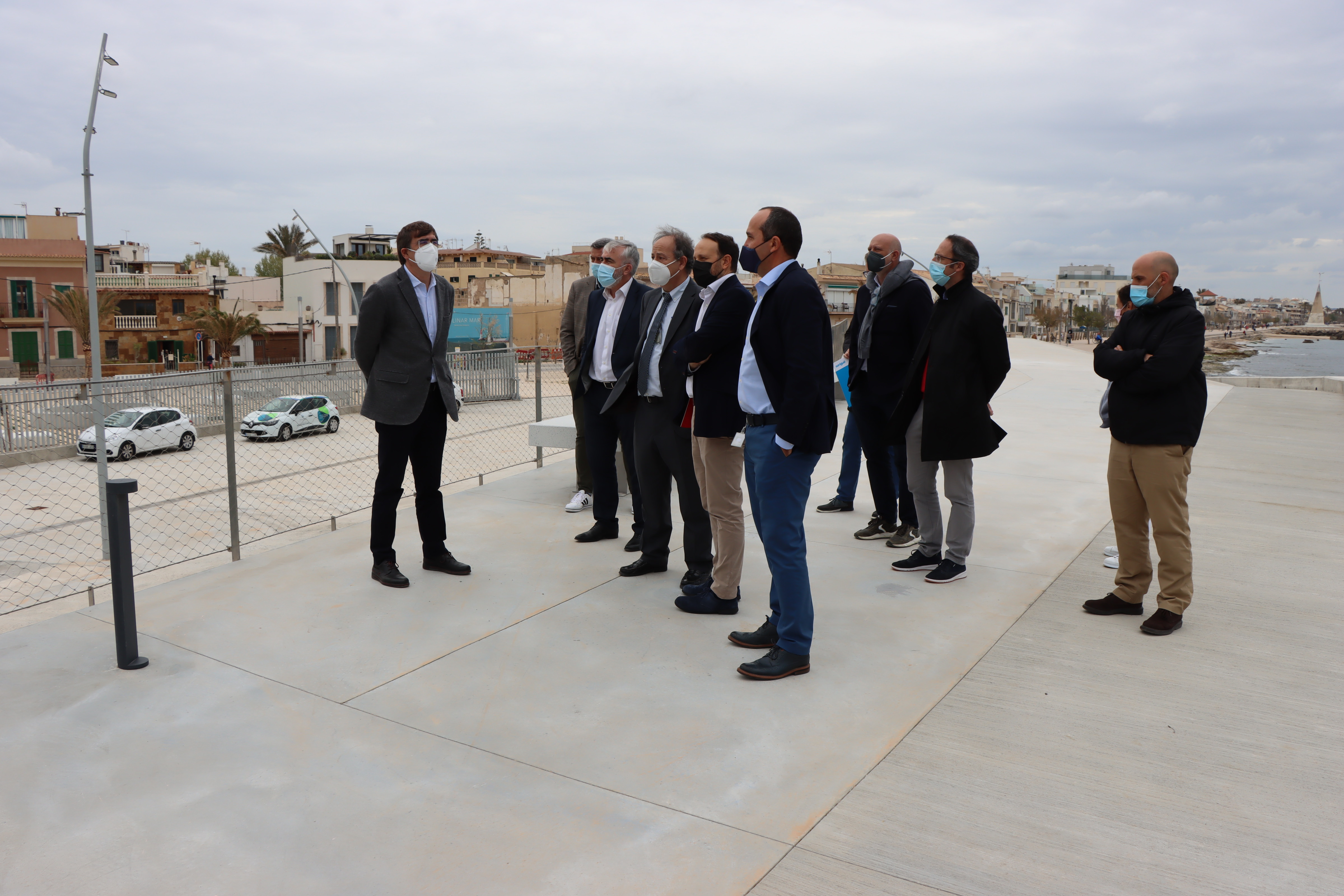 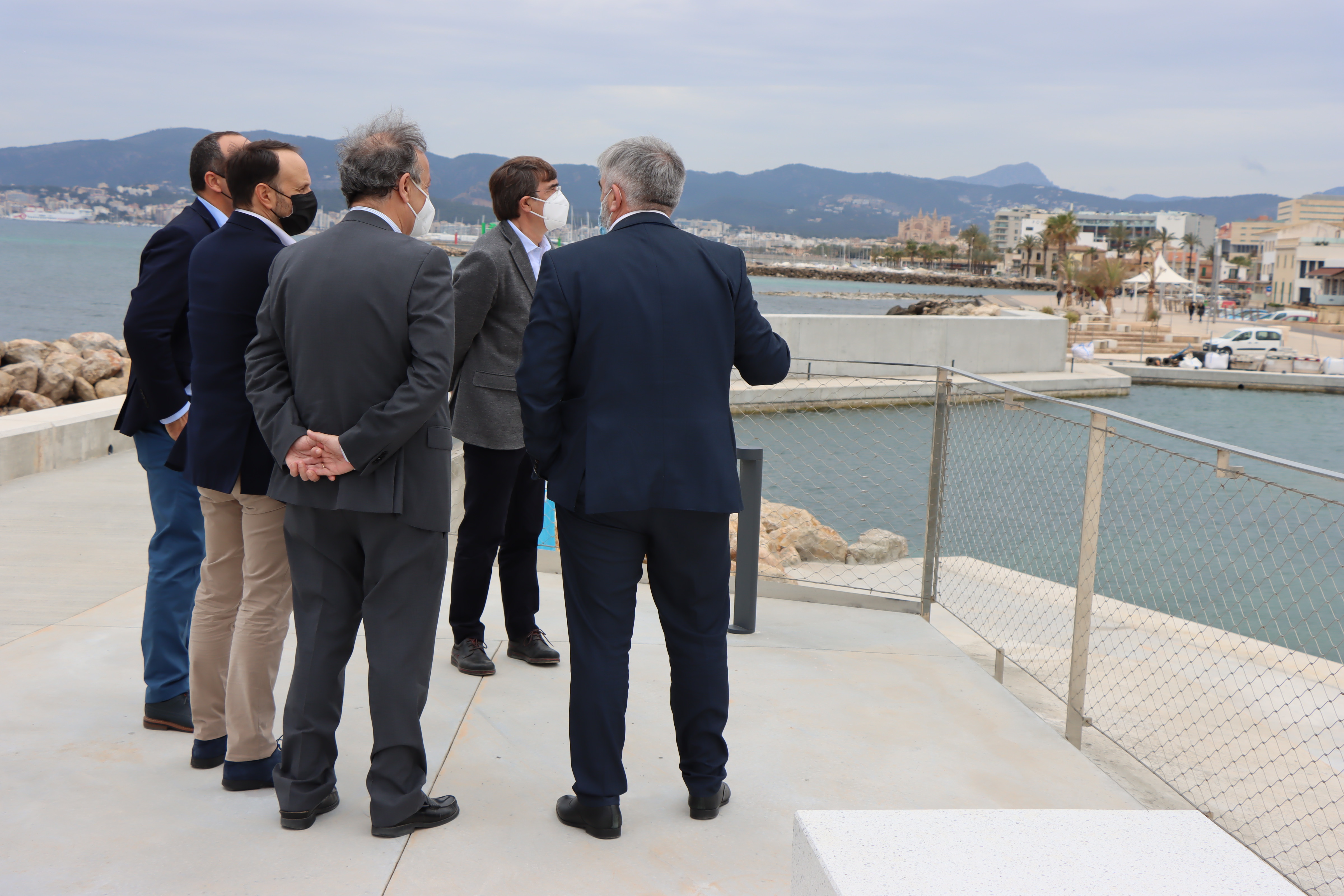 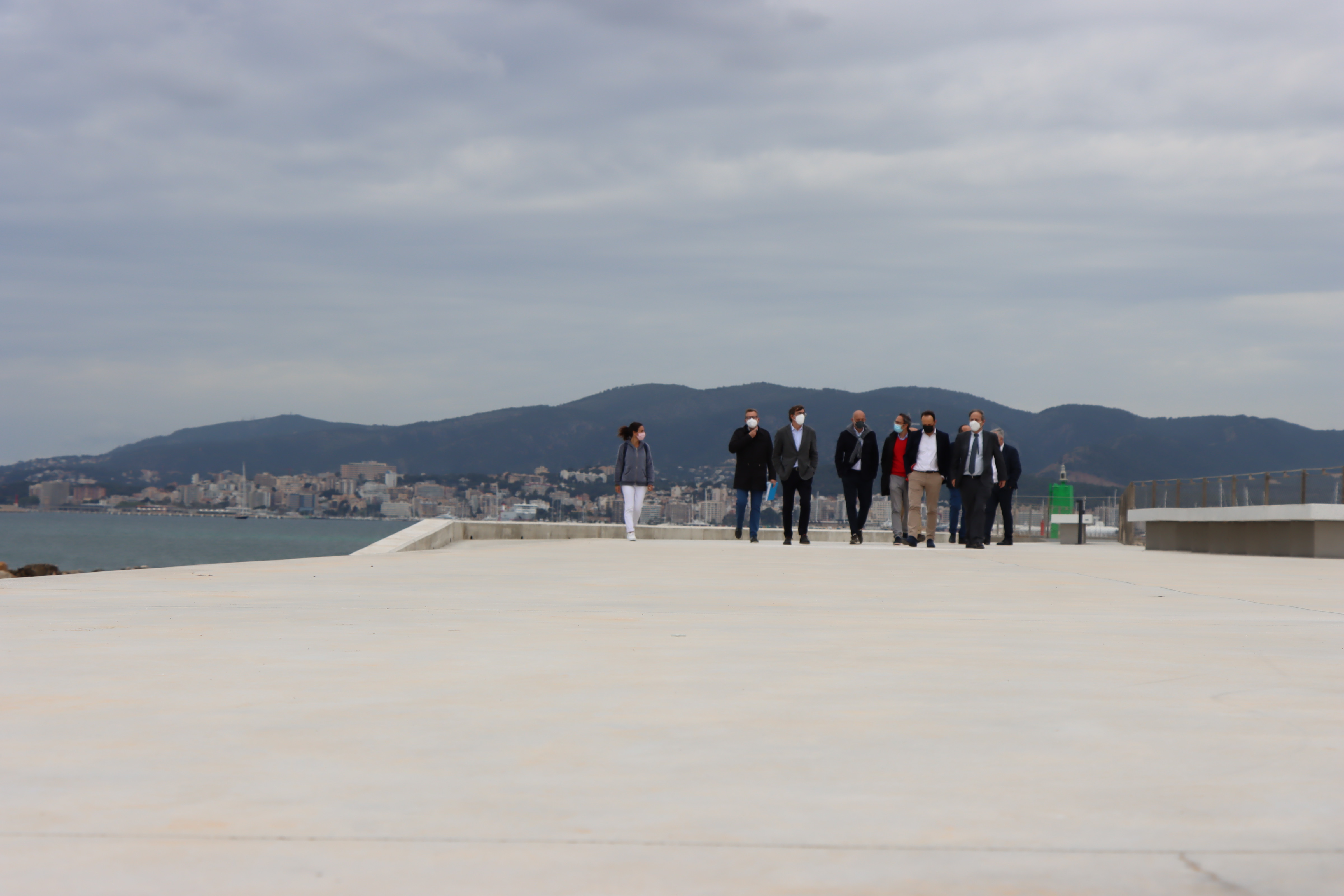 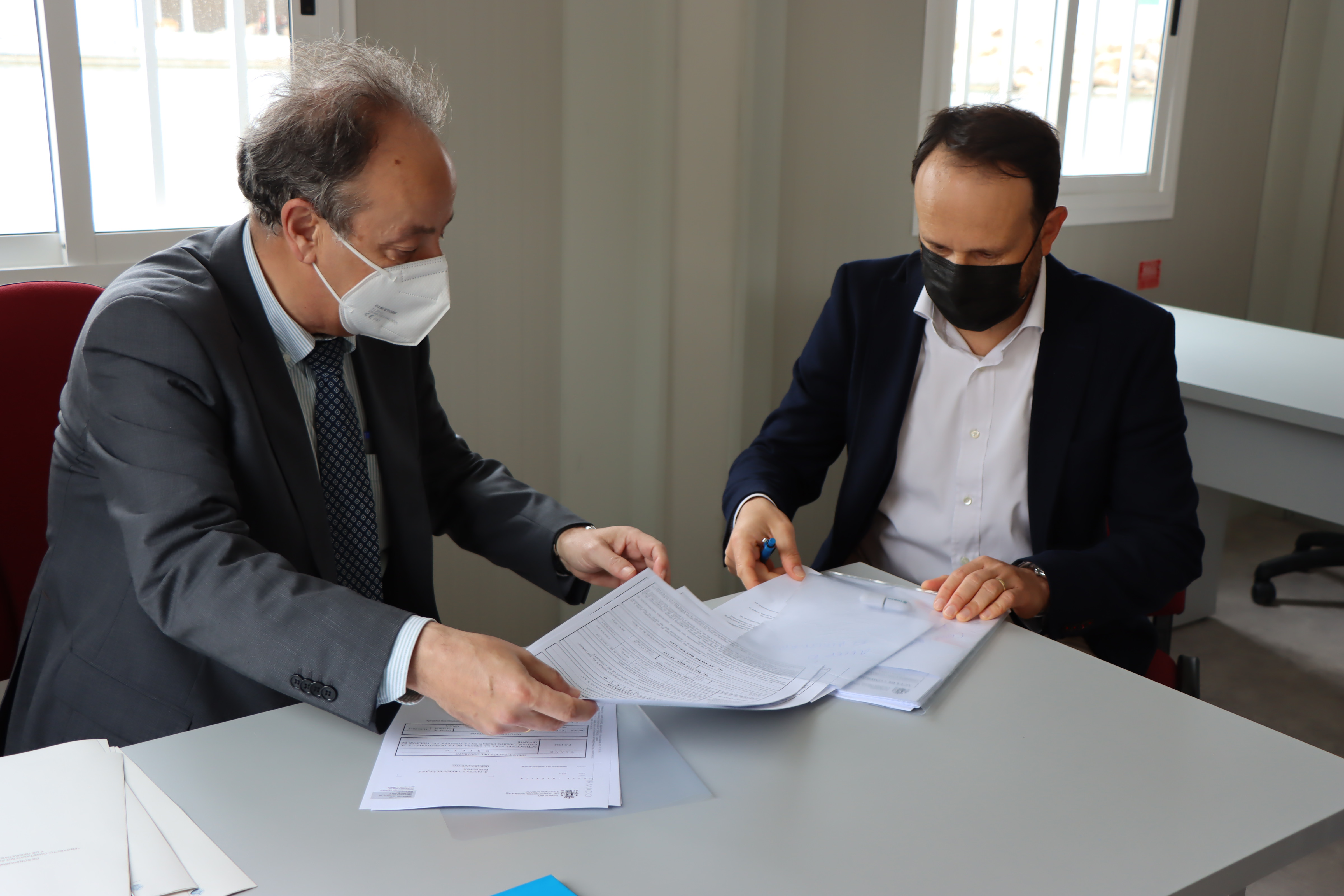 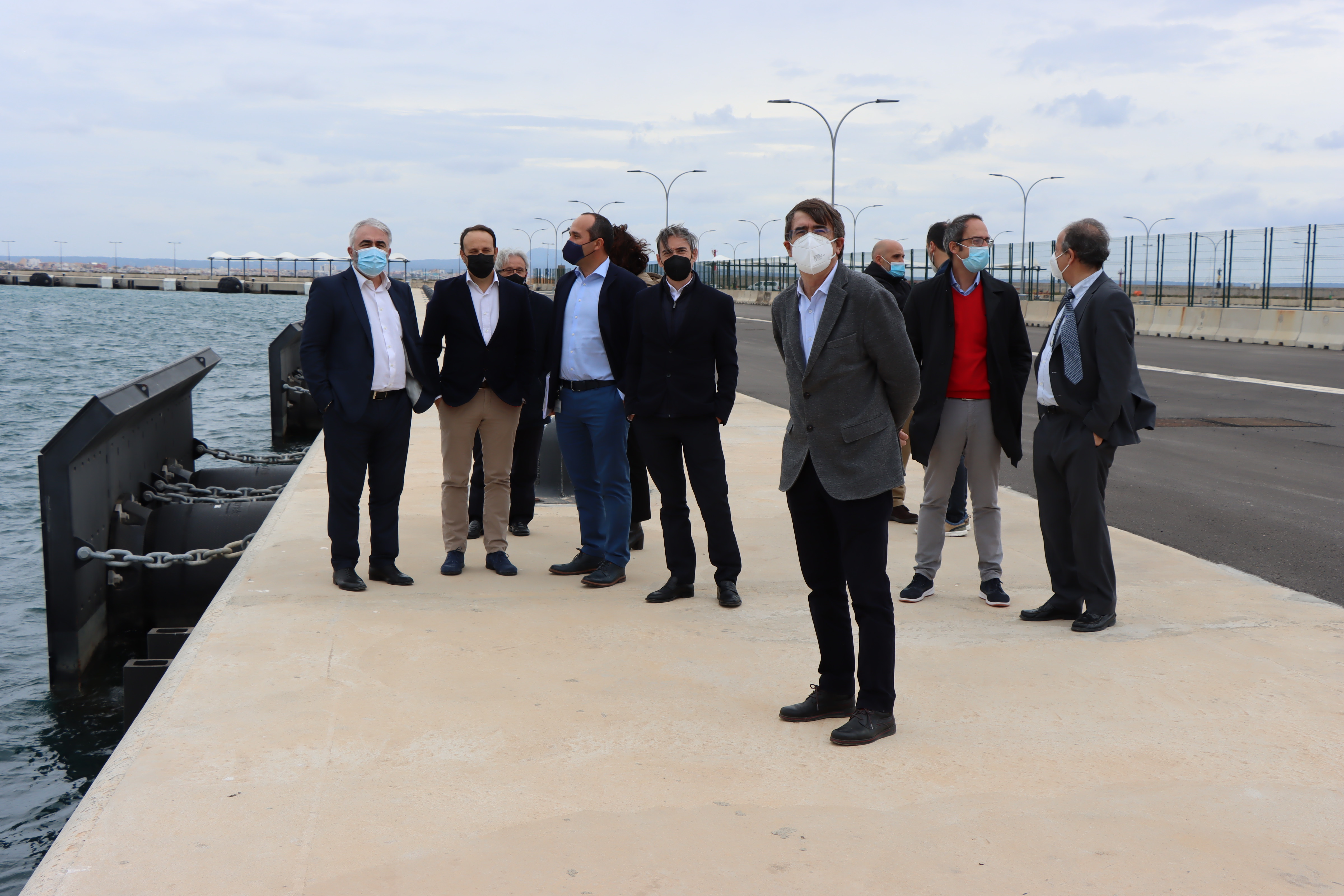 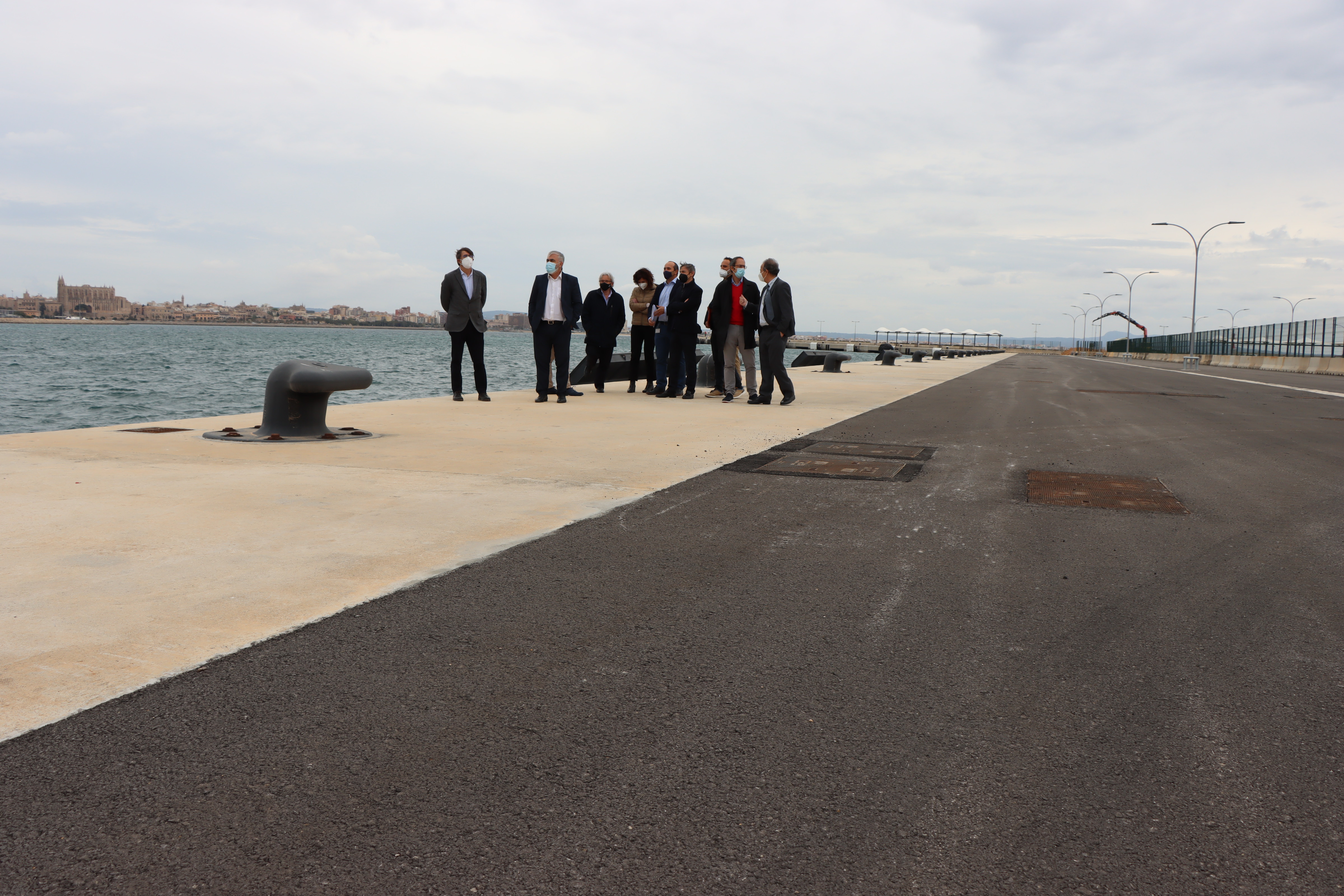 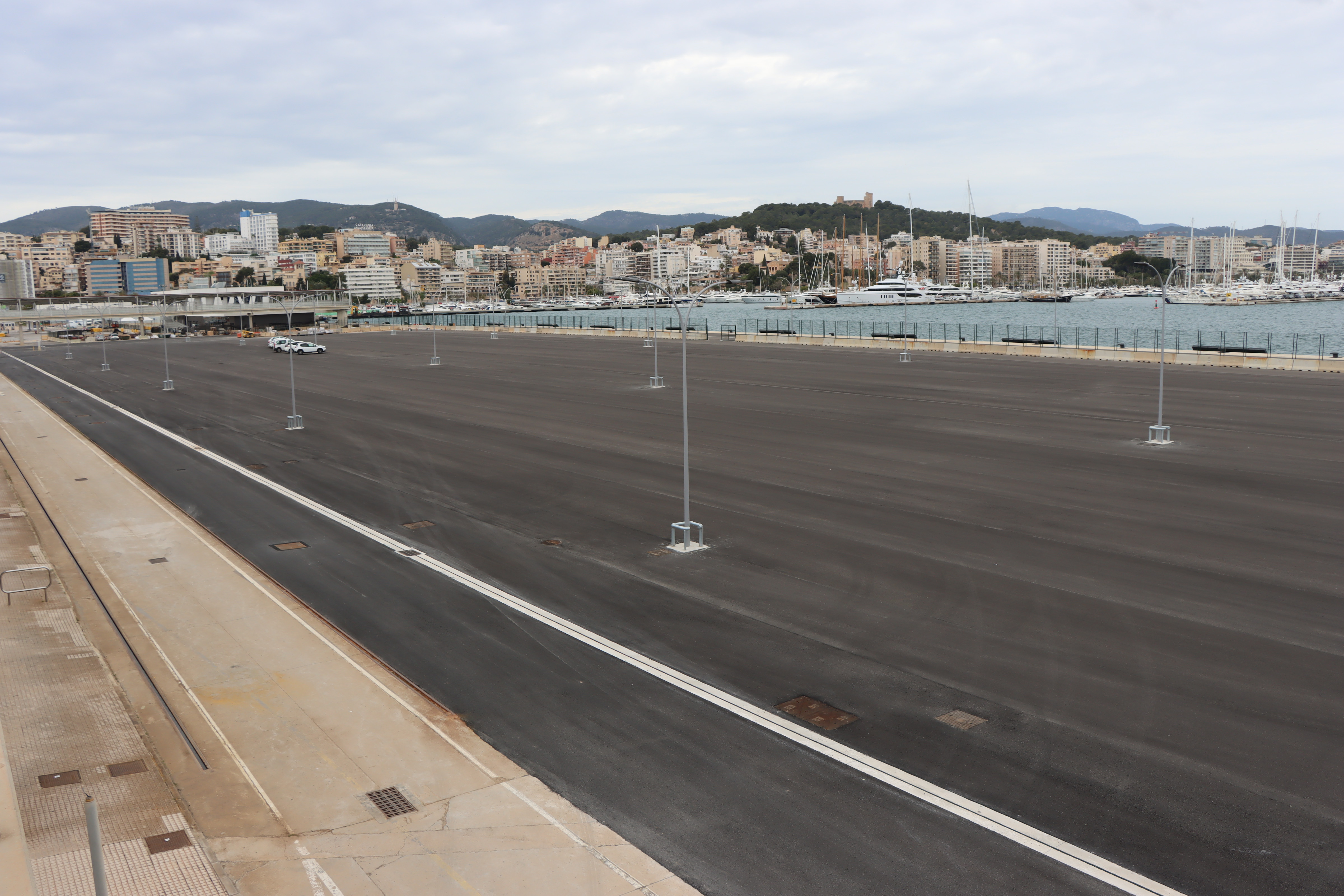 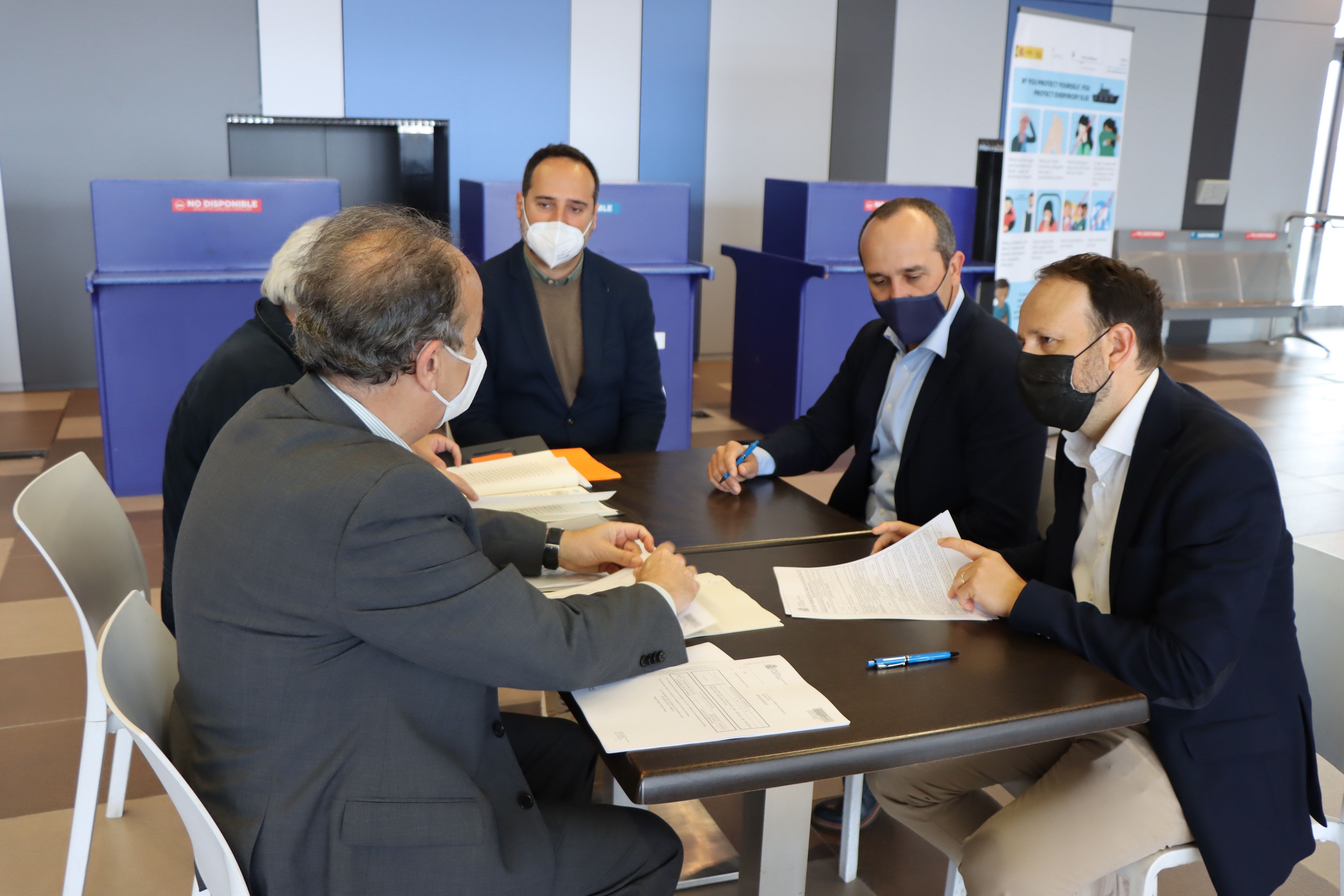 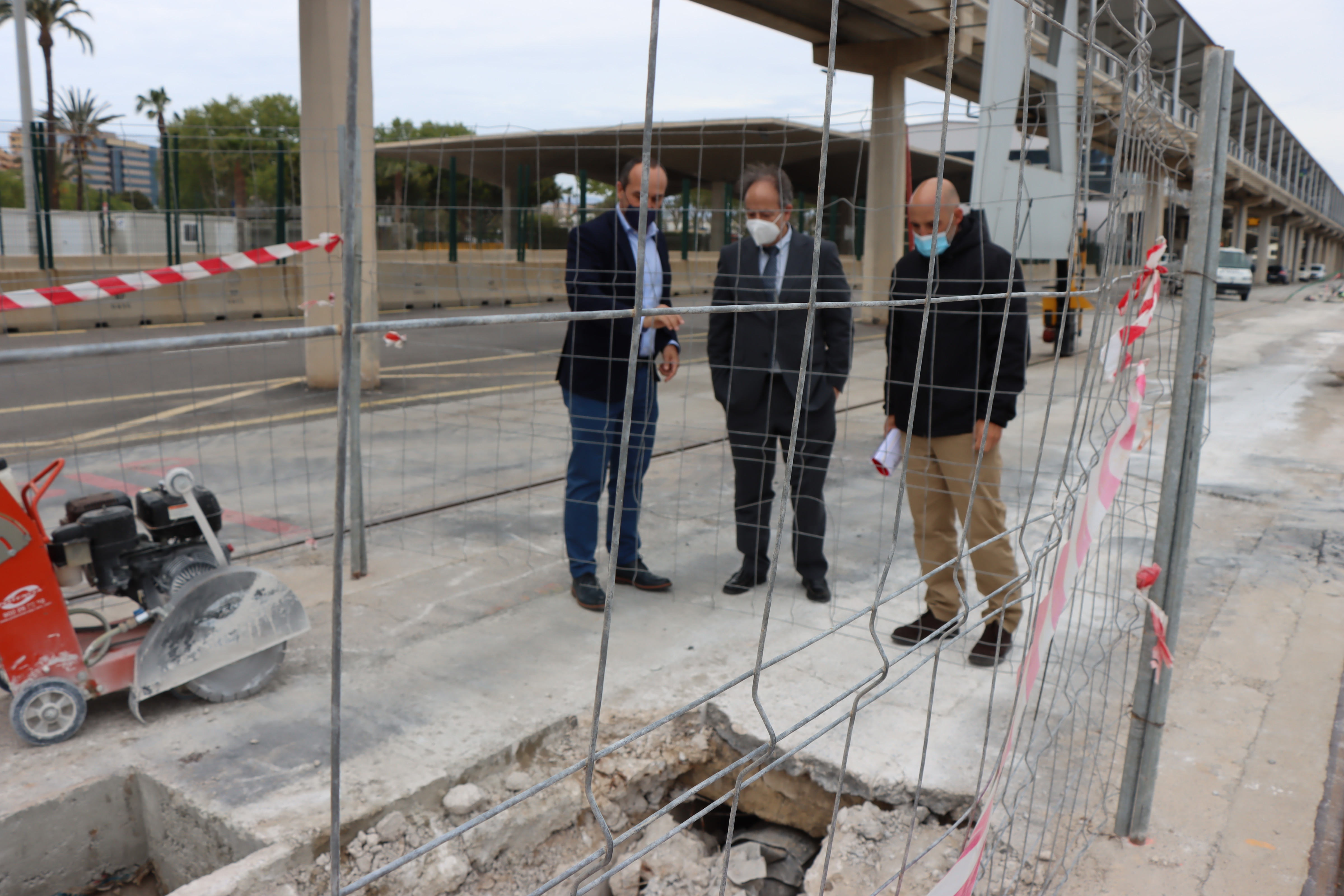