The Trimak motor-tricycles: 40 years at the service of the lighthouses in Eivissa and Formentera

At the beginning of the 70s, three Trimak motorcycle-type tricycles were delivered to the Pityuses to transport the acetylene gas accumulators used to power the lights of the Tagomago, Conillera and the recently opened Barbaría lighthouses. Although they continued to perform reasonably well, they were eventually replaced in 2013 by two new Piaggios, which means they had a useful life of more than 40 years.

Equipped with a two-stroke LEW engine, pedal starter and open cargo box, they were fitted with mounted wooden supports that were fastened between crossbars screwed to the box to house four gas accumulators of about 50 kg each, and a bench, which was also made of wood and rested on the box to transport personnel.

They were highly reliable vehicles, always used during the day, and neither their tyres nor batteries were ever replaced. The main enemy for their structure was the marine saltpetre, which is why it was common for their exhaust pipes to rust and snap, especially on the vehicles that served the Conillera and Tagomago lighthouses.

In 1996, the lighthouses were converted to solar power, and from that moment on, they were only used to transport technicians and occasionally batteries and maintenance materials.

Tagomago’s Trimak, which is still on the island today, was predominantly used to transport the accumulators from the pier to the lighthouse along what was then the only 1,200-metre paved road on the island.

The situation was similar in Conillera. In more than 40 years of service, the vehicles only did 6,000 kilometres because the roads they travelled were only around a kilometre long.

Another of the vehicles was assigned to the La Mola lighthouse to service the recently built Barbaría lighthouse. A garage was built to store it at La Mola, but the technicians in charge at the time, Antonio Ferrández and Jaime Ribas, found it wasn’t powerful enough to cope with the long climb up La Mola hill, so they chose to use their own vehicles for the service instead. Later, it was transferred to the port of Eivissa, stored in a warehouse and never used again. This probably explains why it’s the best-preserved of the three vehicles today. 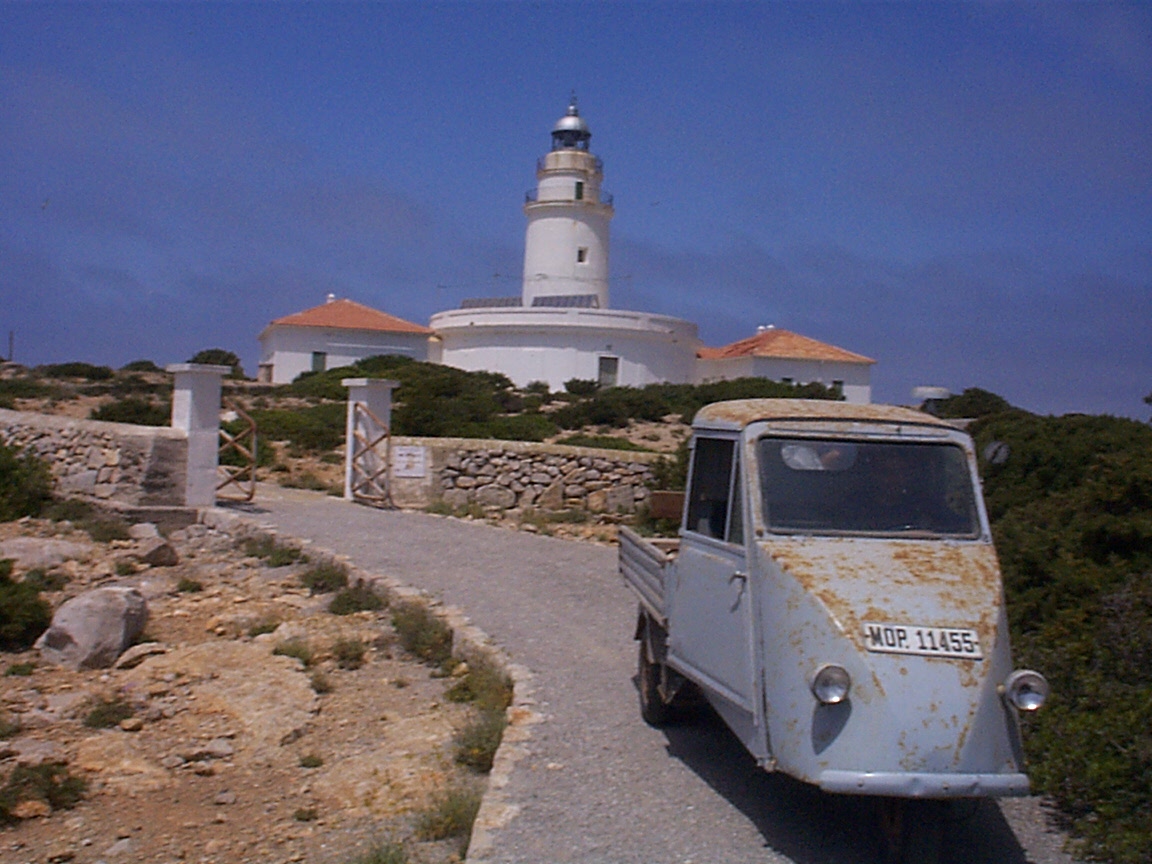 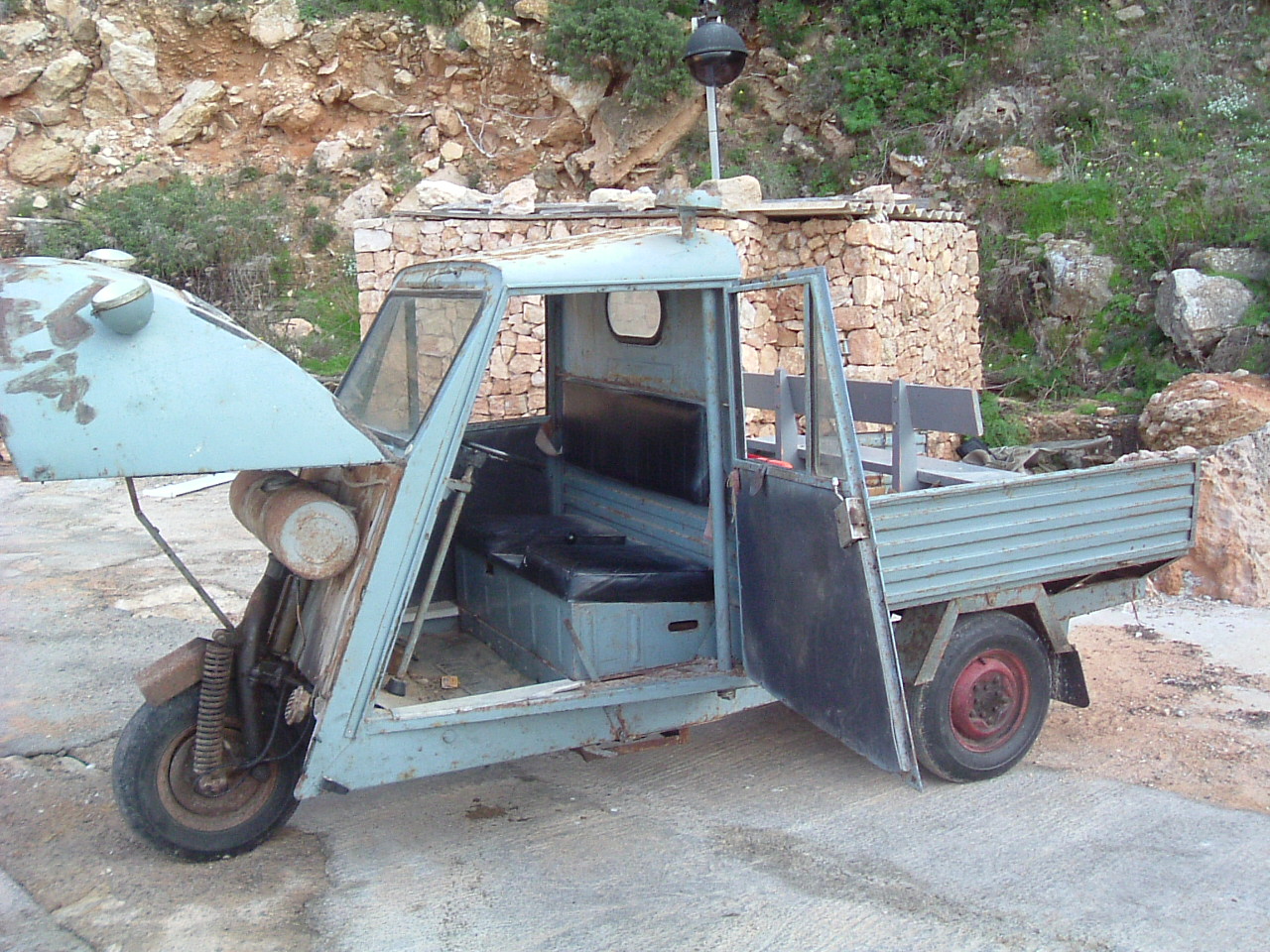 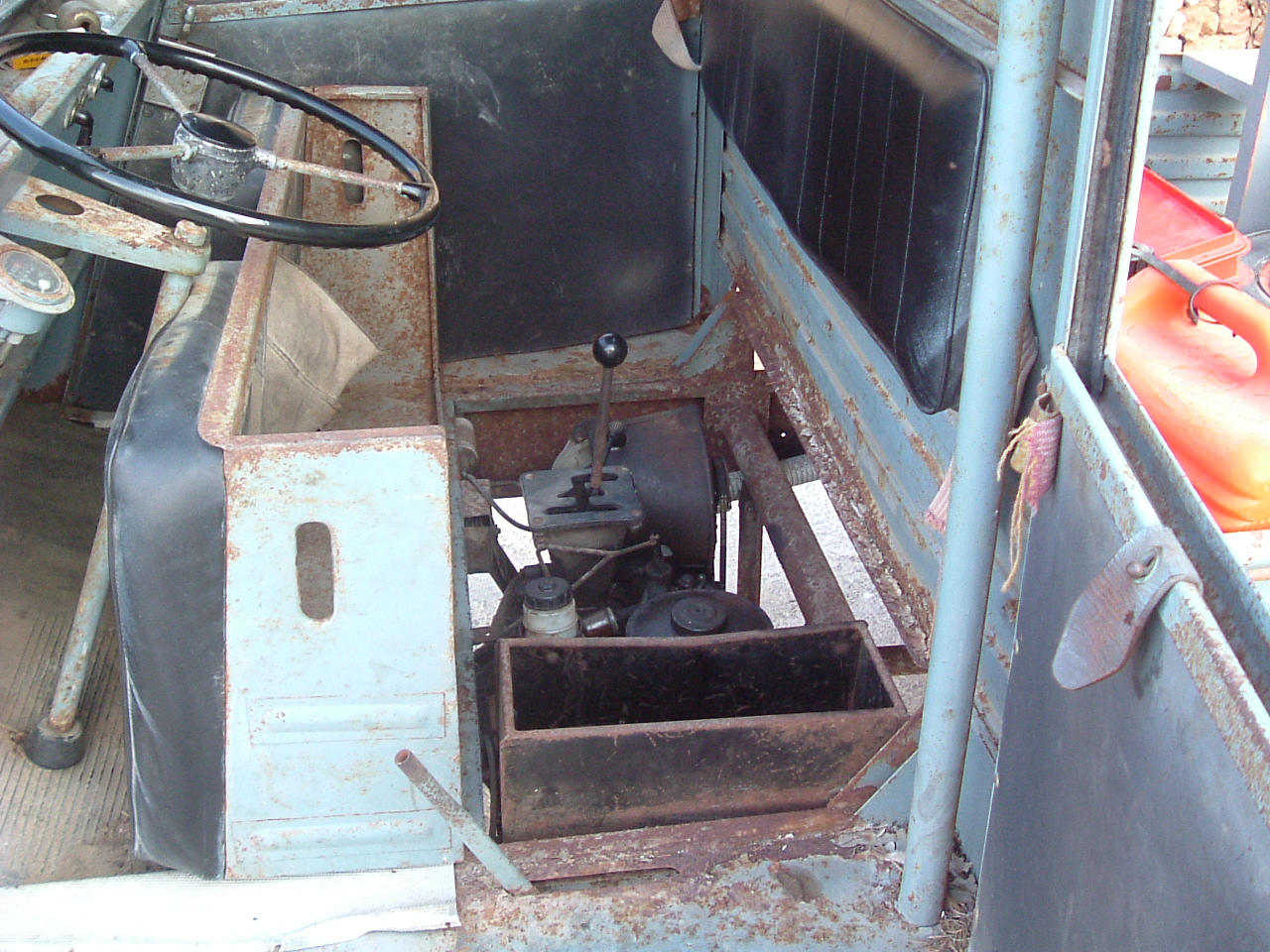 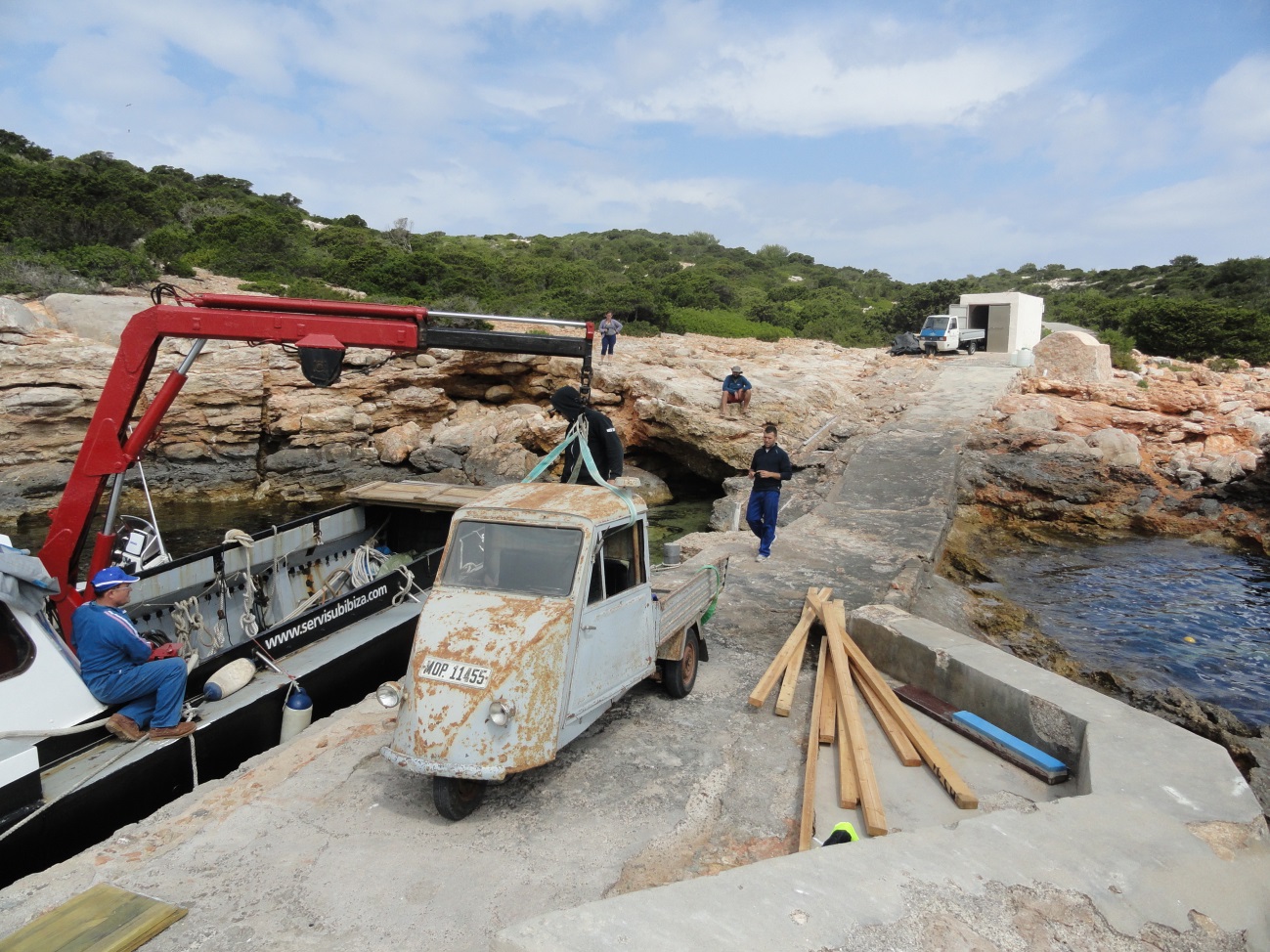 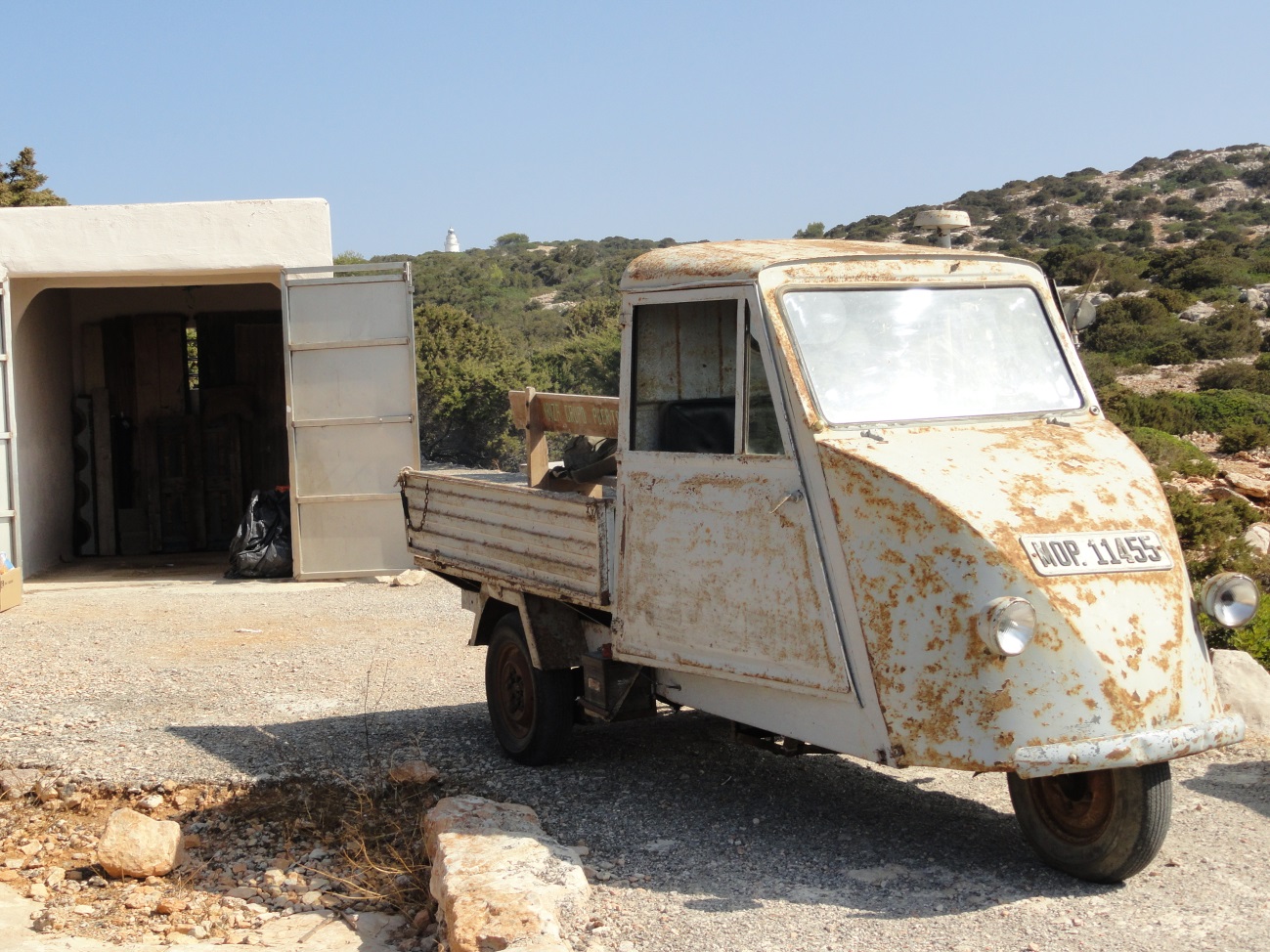 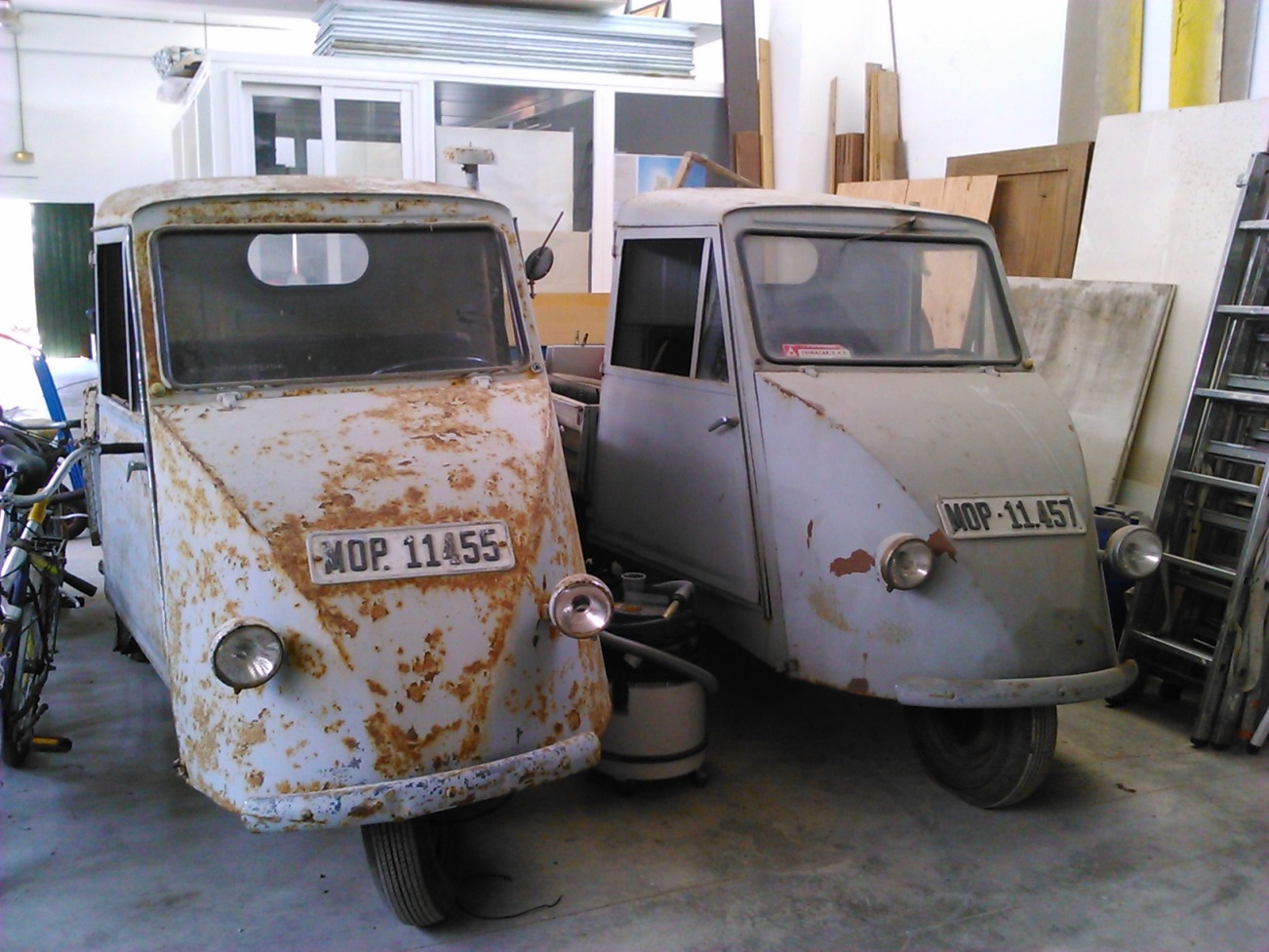 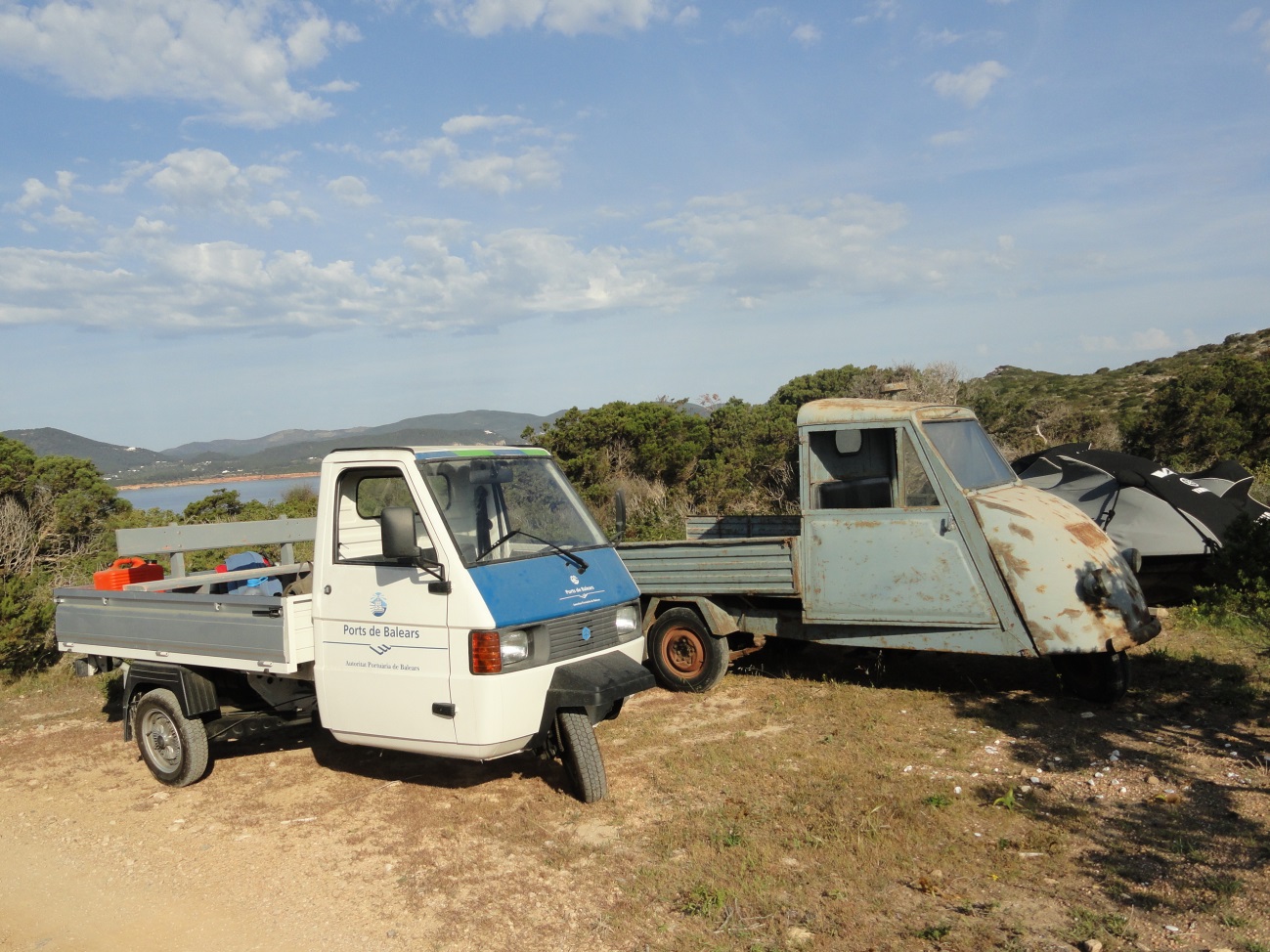 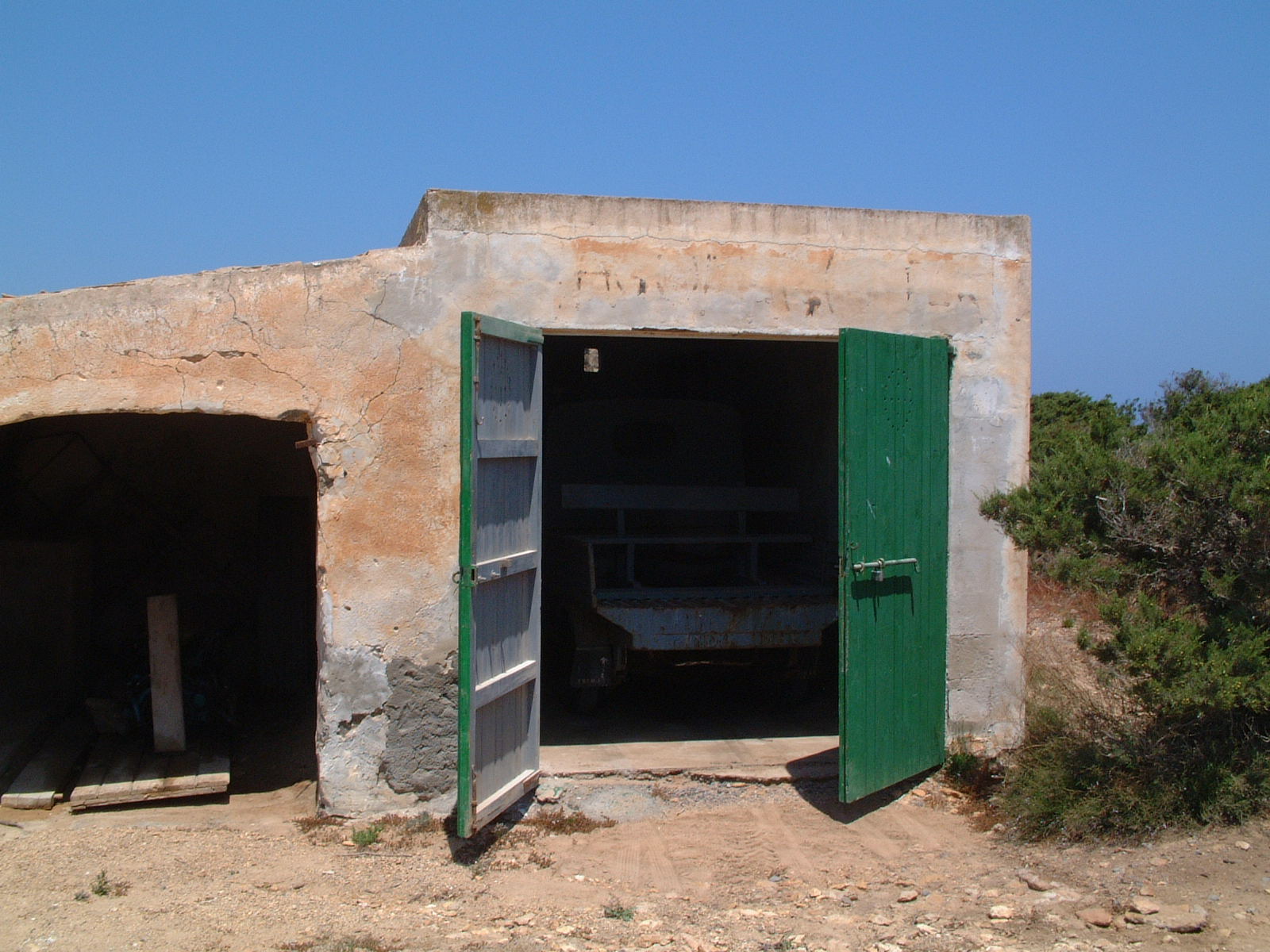 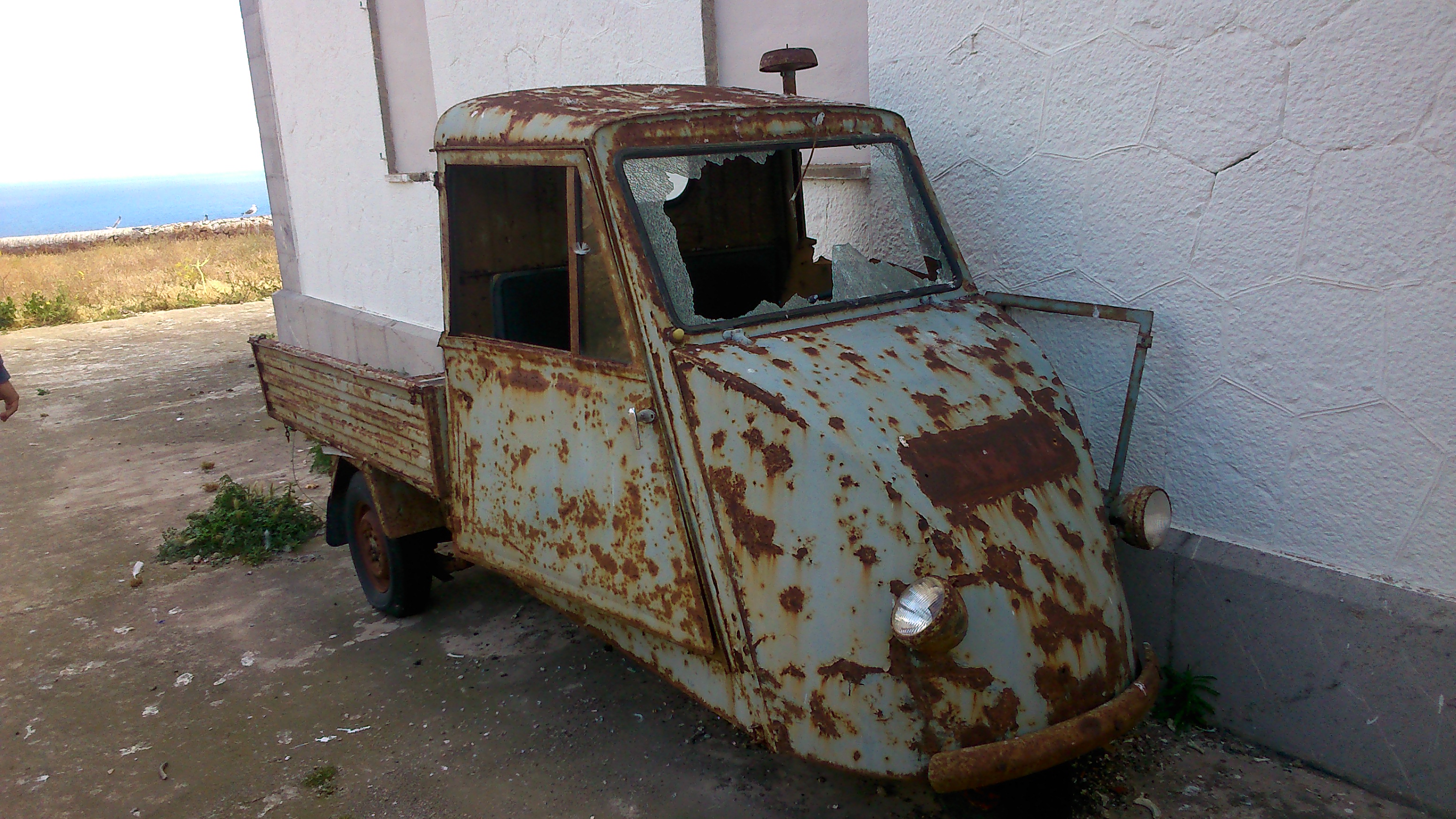 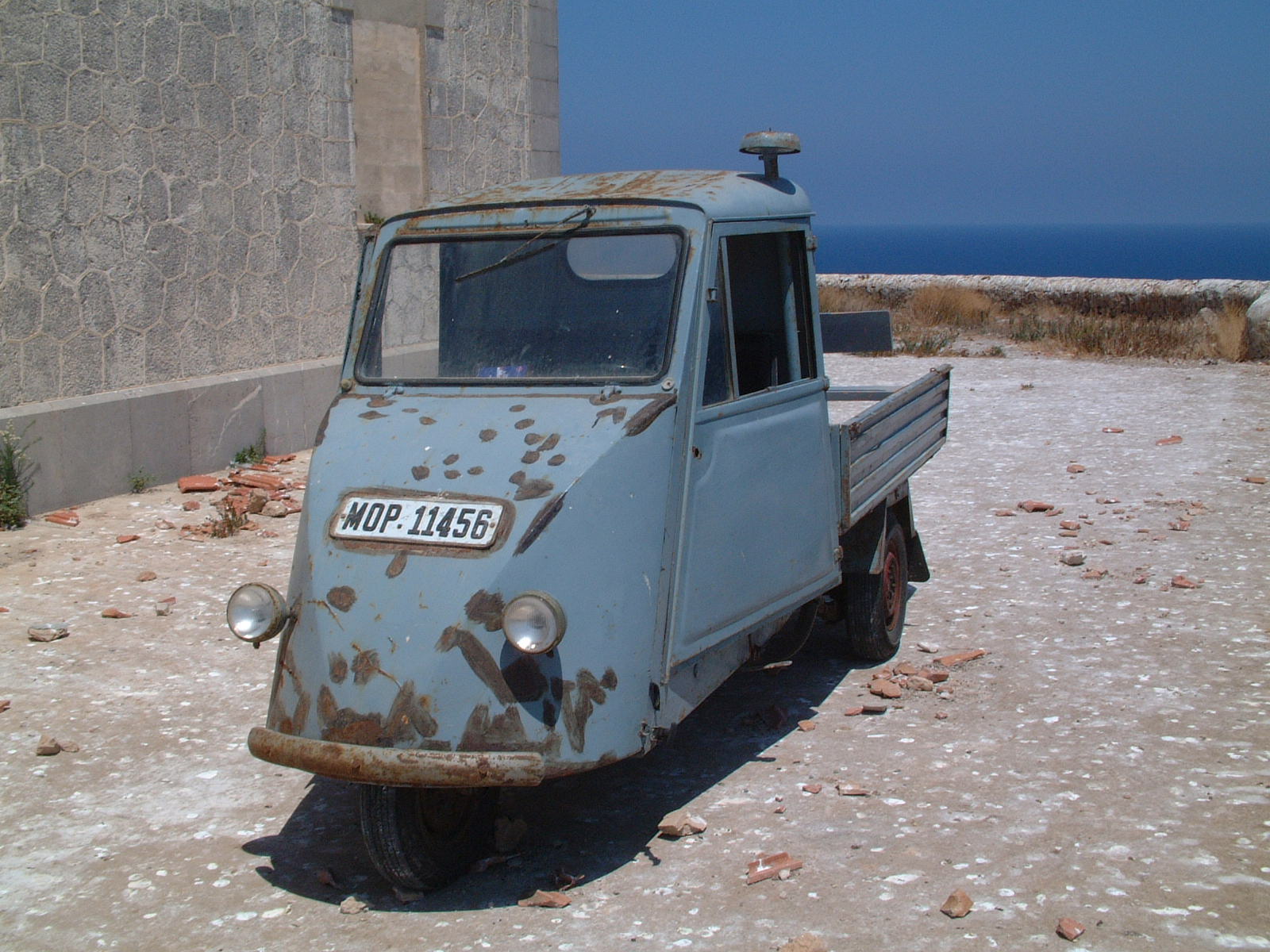 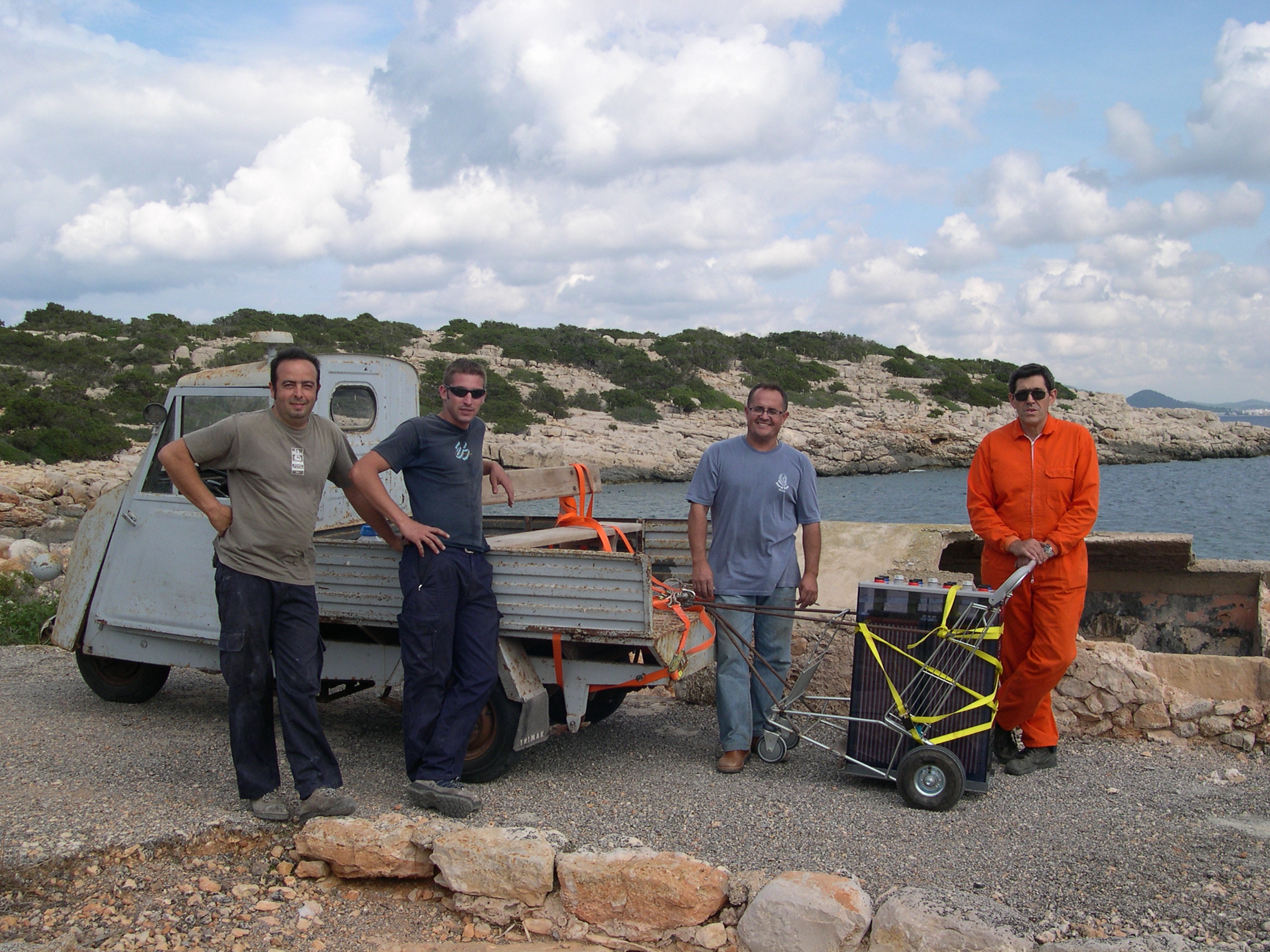